Strikers shut country down despite repression

This article is over 18 years, 7 months old
ZIMBABWE IS in ferment after a big strike closed down much of the country's economy last week. The Movement for Democratic Change (MDC), the main parliamentary opposition to President Mugabe, called the action as an intended 'final push' to bring down the government.
Downloading PDF. Please wait...
Saturday 14 June 2003

ZIMBABWE IS in ferment after a big strike closed down much of the country’s economy last week. The Movement for Democratic Change (MDC), the main parliamentary opposition to President Mugabe, called the action as an intended ‘final push’ to bring down the government.

It failed to do that but won wide support, especially in the cities, from people who are fed up with food shortages, soaring unemployment, collapsing public services and lack of democratic rights. The MDC clearly still has strong support from large sectors of workers. The stay-away from work lasted five days and closed many factories, banks and shops. Some workplaces closed because their bosses want Mugabe out. But in most cases management wanted to stay open but workers did not turn up.

The repression is real. But Bush and Blair are using it in an entirely hypocritical way. The US State Department last week denounced Mugabe for responding to peaceful attempts at public protests with ‘an ongoing wave of violence and brutality’. Although it is horrible, Mugabe’s crackdown does not compare to the way the US forces sometimes deal with protest in Iraq.

Further action in Zimbabwe is now planned. Mugabe’s government looks increasingly vulnerable. But there are many questions about what will replace it.

Workers and the poor will have to insist that their interests dominate in a post-Mugabe Zimbabwe, not those of managers and multinationals. The MDC’s favoured policies of opening up markets and working with Western governments will be disastrous. Such policies also make it harder to mobilise people to risk their lives to bring down the government. 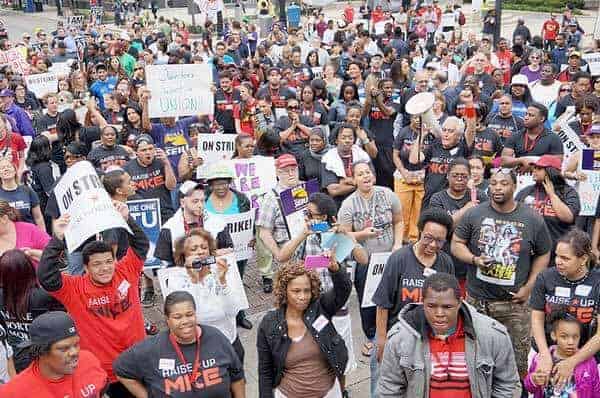 US fast food workers strike for a living wage