It was the Muslim Brotherhood and other Islamist groups who brought their supporters onto the streets.

Yet the twists and turns of presidential elections have prompted the Brotherhood’s return to Tahrir.

Its leadership reversed a decision not to field a presidential candidate earlier this month.

They nominated multi-millionaire Khairat al-Shater for the post, arguing that the danger of a “reinvention” of the Mubarak regime forced the change of tack.

The Brotherhood’s sudden change of heart over the elections, followed by its leaders’ rediscovery of street politics, raises important issues.

Escalating conflict between the ruling military council and the Brotherhood reflects the tension and instability in their relationship.

For the military council, the expansion of the electoral sphere to include the Brotherhood is a concession made in fear of the masses.

The Brotherhood’s leaders also fear the popular revolution that handed them power.

They are prepared to work closely with the core of the old regime to contain it.

If the generals launch a serious offensive against the revolutionaries, they may not need the Brotherhood as a buffer.

It’s unclear whether the Brotherhood would have enough support within the state apparatus itself to protect its political gains.

Yet Khairat al-Shater and army chief Field Marshal Tantawi are united in their determination to stop the deepening of the revolution on a social level.

The army’s business emperors and the Brotherhood’s millionaires are desperate to rein in strikes.

The elections provide another opportunity to provide some popular legitimacy for the messy business of taking on workers and the poor.

As Socialist Worker went to press, the final line up of presidential candidates was undecided. The Electoral Commission disqualified Suleiman and al-Shater on Saturday of last week.

A key question for revolutionaries will be how to use the electoral arena, the streets and the workplaces to derail the military-Brotherhood alliance. 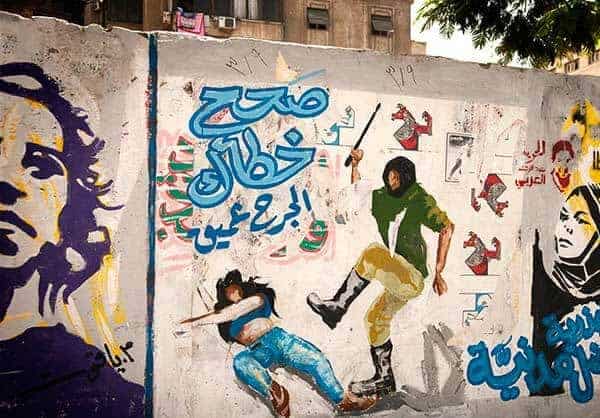