This article is over 6 years, 7 months old
By Dave Sewell
Downloading PDF. Please wait...
Tuesday 26 May 2015

Hospital workers walked out across Greece on Wednesday of last week, in the biggest strike since the election of radical left party Syriza in January.

They were demanding more funding to remedy the staffing crisis that’s been caused by austerity. Many workers were also out to get unpaid wages.

Then it was the turn of civil aviation workers last weekend.

Their union called on the government to declare airport authorities in a state of emergency due to their “financial strangulation” by austerity.

Successive Greek governments have implemented harsh austerity programmes in exchange for the European Union (EU) and International Monetary Fund (IMF) bailing out their debts to the bankers.

Syriza’s election victory—on the back of five years of strikes and protest movements—was a rejection of that.

But EU and IMF leaders are trying to force it into passing more neoliberal reforms that make workers pay for the crisis.

They are withholding bailout funds until Greece signs a deal on their terms. But Greece needs those bailout funds to meet impending payments.

Syriza prime minister Alexis Tsipras last week insisted he wanted a “viable and long-lasting” deal—and not one on “humiliating terms”.

Interior minister Nikos Voutsis warned that without a deal Greece would not be able to pay its next bill to the IMF.

But the election promise of a higher minimum wage doesn’t seem to be one of them—nor does halting major privatisations such as that of Piraeus port.

Syriza negotiators have progressively backed down from their radical programme in search of a deal.

As finance minister Yanis Varoufakis put it last Sunday, “We have met them three quarters of the way, they need to meet us one quarter of the way.”

But polls carried out for Syriza newspaper Avgi last week revealed support for its negotiating positions had dropped to 54 percent.

Some 59 percent of respondents wanted Syriza to refuse further austerity measures. Some 89 percent were against pension cuts and 81 percent against mass redundancies.

Varoufakis and Tsipras continue to underline their commitment to staying in the euro. But for poll respondents this was a lower priority than defending the remaining “red lines”.

These debates are reflected within Syriza.

The party’s Left Platform put forward a proposal to default on the next debt payment and nationalise the banks at a meeting of Syriza’s central committee last weekend.

It was narrowly rejected, by 95 votes to 75, but Syriza’s leadership has so far been able to contain its left.

The more important opposition to a new austerity deal is the pressure from below.

And the return of strikes in recent weeks after a period of calm since the election shows that this hasn’t gone away. 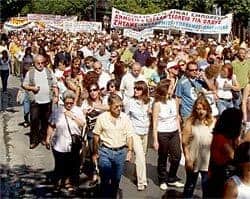 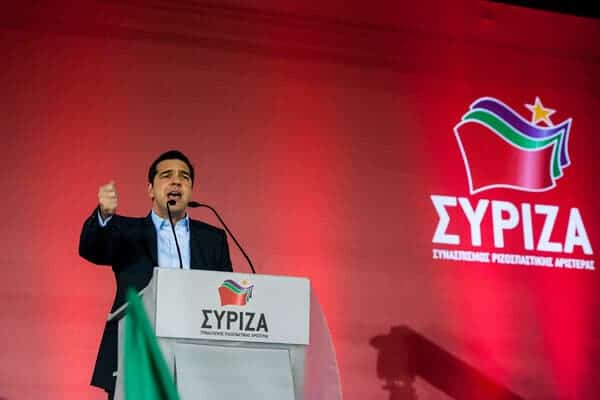 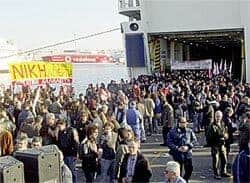