This article is over 14 years, 8 months old
A two and half week occupation of the administration building at the University of São Paulo (USP) in Brazil by over 500 students has sparked widespread mobilisations against José Serra's neoliberal state government. On 16 May the students and the 15,000 strong staff union at the university began an indefinite strike.
By Sean Purdy, São Paulo
Downloading PDF. Please wait...
Tuesday 22 May 2007

A two and half week occupation of the administration building at the University of São Paulo (USP) in Brazil by over 500 students has sparked widespread mobilisations against José Serra’s neoliberal state government. On 16 May the students and the 15,000 strong staff union at the university began an indefinite strike.

Since the occupation began on 3 May, students have democratically organised commissions to deal with the media, food, cleaning, culture, mobilisation and negotiation. In addition to demanding an end to attacks by the state government, the students are calling for more student housing and the hiring of more professors. General assemblies are organised regularly to debate and vote on the political tasks of the occupation.

Hundreds of students regularly attend daily classes on working-class history, Marxism, abortion rights, education in capitalist society and other topics given by sympathetic professors. Music, poetry readings, plays and other cultural activities are organised daily. Dozens of trade unions and social movements, hundreds of student unions and PSOL, the Party of Socialism and Liberty, have passed motions supporting the occupation. The students have also received support from student unions in Argentina and Britain.

All education workers in the state are mobilising against the state government’s attack on pension rights, a hiring freeze and attacks on university autonomy. The state government of the Social Democratic Party of Brazil (PSDB), the party of former neoliberal president Fernando Henrique Cardoso, has long had plans to privatize public education. On 1 January, governor José Serra released a series of decrees making it easier to contract out workers, freeze hiring and cut funds to the education sector. He also proposed cuts to pension rights which threatens all public servants in the state. Over 60 thousand public school teachers have scheduled strike actions in the next few weeks.

Cuts to education funding, the privatisation of public education and threats to undermine the right to strike are also coming from the federal government of President Lula and the Workers’ Party. Public servants in various federal government departments have taken strike action in recent days. And hundreds of thousands of federal university staff and professors are also set to take strike action in the next few weeks.

Struggles in the states and on a national level were due to come together on 23 May in a national demonstration in São Paulo called by the National Forum for Mobilisation Against Neoliberal Reforms, which unites various left-wing trade and student union centrals. It promises to bring tens of thousands onto the streets of Brazil’s largest city.

These struggles show that Brazilians have enough of the neoliberal attacks and are beginning to mobilise against governments of all stripes. It also offers an excellent opportunity for PSOL whose first national congress will be held in early June, to join and strengthen the mobilisations to build a fighting socialist alternative.

The occupation has its own blog (in Portuguese): ocupacaousp.blog.terra.com.br

Motions and individual messages of support can be sent to: [email protected]

Inside the occupation movement: ‘Together we are recreating our university’ 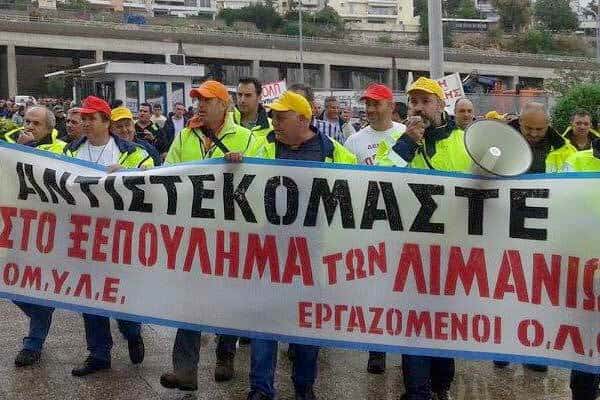 Strikes return to Greece ahead of pensions fight 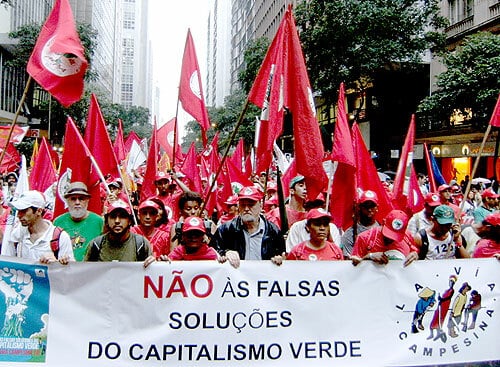 Thousands march through Rio to demand climate action from UN