Over two million students stayed away from class and more than 100,000 took to the streets across the Spanish state last week.

A “student strike” was called against cuts to grants, rising fees, and the reforms of education minister Jose Ignacio Wert.

Wert is seen as an admirer of former dictator General Franco. His plans would discriminate against poorer students and boost private education.

Workers and trade unionists marched with the students.

Speakers at rallies made common cause with recent major strikes such as at Coca Cola and Telemadrid.

The protests were called under the slogan “Take the campus” after huge marches that converged on the capital to “Take Madrid” the previous Saturday. 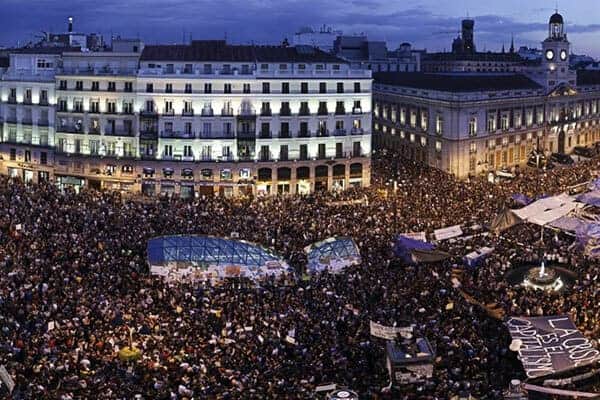