This article is over 16 years, 0 months old
At least 27 men, women and children were killed in a police raid on a refugee protest camp in Cairo. Simon Assaf writes on the carnage
Downloading PDF. Please wait...
Saturday 07 January 2006

Egyptian police killed at least 27 Sudanese refugees, including 12 children, when they stormed a protest camp outside the offices of the UN High Commissioner for Refugees (UNHCR) in Cairo.

The camp, housing 1,500 asylum seekers, was set up in the upmarket Mohandessin district of Cairo in September 2005 after the UN announced it no longer had any obligation to help the refugees.

The asylum seekers, a mixture of Sudanese Muslims and Christians, fled to Egypt to escape armed conflict in Sudan. They face discrimination, racism and daily harassment by Egyptian police.

Egypt is planning to forcibly deport the refugees after a peace treaty in January 2005 ended the civil war Sudan.

The refugees say the treaty is fragile and fear persecution and death if they are forced to return home. Fighting in the Darfur region of western Sudan is still raging.

Several refugees have “disappeared” in Egypt for speaking out against their government, while protesters accuse Sudan’s ruling party of waging a campaign of terror against them from their Cairo office.

The asylum seekers have called on the UN to arrange permanent settlement in Egypt or transfer to a third country.

The UN dismissed their demands as “unrealistic”, accused them of “opportunism” and demanded the camp be demolished. In the early hours of 30 December the riot police obliged.

Nora Younis, who witnessed the massacre, writes that in the ­minutes before the attack the police sealed all streets around the camp so that no one could escape.

“At 1am security forces started dousing the refugees with water cannons.” At first the refugees reacted by dancing and chanting, ‘We won’t leave.’ Then police charged with batons and shields.

“The street lights were cut off,” Nora said. “Screams never stopped. The most acute were children’s. It was cold. It was dark. The police were brutal.

“Every two or three seconds a refugee would be dragged out of the horror circle, beaten all the way out, another three or four policemen would grab a refugee so the first soldier could go back to hunt another one.”

One witness, who lives in a nearby building, describes how he was woken by the screams of women and children. The witness said Egyptian security forces “dragged the refugees across the street, pulled women by their hair and pushed the elderly carrying newborn babies”.

Another witness said, “We saw a baby, which had been separated from its parents, placed on a bus alone, without shoes or proper clothing for the weather, and wet from the water cannon. I saw one young Sudanese man lying dead on the ground.”

Nora describes how she managed to get close to one of the buses and found police beating one protester. “A bus waiting in the area had five refugees at the back seat while a sixth one was being brutally beaten by five state security soldiers.

“I could see and hear him screaming as they beat him on his head and back with hands and batons, kicked him, and twisted his arm and wrist behind his back.

“A police officer standing next to us explained that the man was trying to break the window and escape because he was drunk.

“At this point a man from the back seat opened the window holding a few months old baby girl as he cried, ‘We are not drunk, I am not drunk, he is not drunk, and this baby is not drunk. Her mother died here in this park.’ They beat him to silence.”

Many refugees died under the police batons in the camp, others were crushed in panic caused by water cannons, while an unknown number died of their injuries after they were transferred to a holding camp. Over 100 refugees were later bundled onto a plane and flown to Khartoum, the capital of Sudan.

Egyptian human rights groups condemned the raid as “a full blown crime committed by Egyptian security forces in collaboration with UNHCR against unarmed refugees”. They are demanding the resignation of Habib el-Adly, the interior minister.

Egyptian security forces unleashed a reign of terror on villages after they protested against land grabs by landlords, harassed opposition parties during the parliamentary elections in December, and attacked a peaceful protest by the Kifaya movement during the presidential referendum last June.

Egypt is a key ally of the US in the Middle East and was praised by the White House for its moves towards democracy.

You can read Nora Younis’s full report by going to www.norayounis.com

The Fourth International Cairo Conference has been called for 23-26 March.

The Cairo conference has become a key meeting place for those opposing war and occupation from Iraq, Palestine, Egypt and the global anti-war movement.

In recent years it has assisted the emergence of the democracy movement in Egypt that is now challenging the US model of regime change in the Arab world.

The Stop the War Coalition has always sent a large delegation to the Cairo conference. If you would like to go this year please email [email protected] or phone 020 7278 6694. 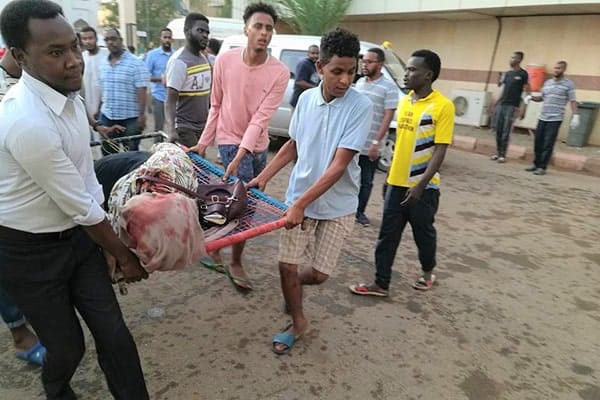