It is a sign that, despite intense repression, he has not been able to crush the revolt against his rule that has been taking place since 19 December 2018.

Even as he swore in a new prime minister last Sunday, hundreds of protesters rallied in Omdurman, the twin city of Khartoum, against the state of emergency.

“We want to give the president a message that the latest measures will not deter us,” said protester Sawsan Bashir. “Our aim is to overthrow this regime and we will do it.”

“Protesters and police clashed in Burri, with demonstrators throwing rocks at police vehicles and ­policemen firing tear gas at them,” a witness told the AFP news agency.

Demonstrators also rallied in the Red Sea city of Port Sudan in support of hundreds of workers at the docks. They have been striking against a government decision to transfer the ­container terminal to a private company.

In another indication of how he is relying on brute repression, Bashir has sworn in 16 army officers and two officers from the secret services as governors for the country’s 18 provinces. 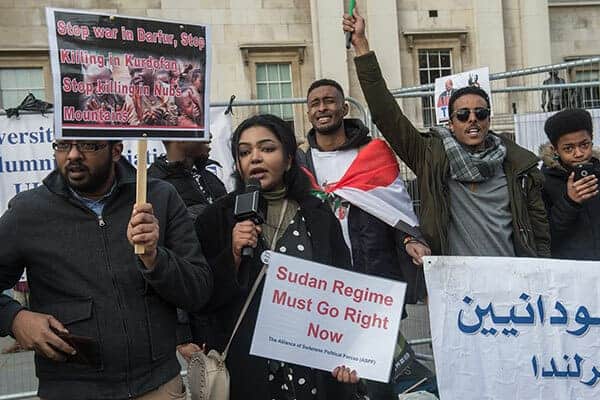 Sudanese activists speak out on revolt – ‘I don’t think the government can survive.’
Read More

But protests are now taking place daily, with special efforts on Tuesdays and Thursdays. The regime is seeking to reduce their size by seizing leaders of the ­movement in advance.

On Thursday of last week 17 opposition leaders were arrested even before protests had begun.

However hundreds of people joined a demonstration to the ­presidential palace chanting, “Freedom, peace and justice” and, “The people want the fall of the regime”.

According to the Sudanese Professionals Association—doctors, teachers and others who have been at the forefront of the movement—on Saturday “protesters took to the streets in more than 50 areas”.

There is major student unrest. A big protest took place at Ahfad University for Women in Omdurman on Saturday. On Monday the Bashir militias were unleashed to beat ­protesting students on the campus of the University of Medical Sciences and Technology in Khartoum.

Telecom companies have limited access to social media since December as part of the crackdown on protests. Solidarity protests were planned for this Saturday in many parts of Britain and other countries.

An old Sudanese revolutionary song has become popular among detainees and protesters. It includes the line, “We sing in our prison as you tremble in your castle.”

Bashir is in trouble. But guaranteeing his fall, and real change in the interests of workers and the poor, means looking to mass mobilisation for economic and political transformation. 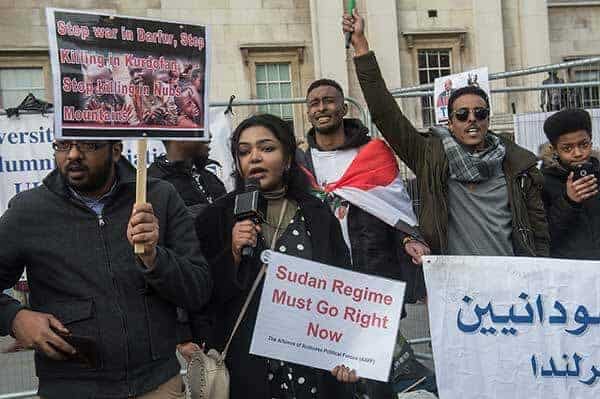