Sweden: Anger on the streets after fascists gain in elections

Protests broke out in Sweden after a fascist party won 20 seats in last week’s election.

Within hours of the result some 6,000 took to the streets of Stockholm, chanting “No to racism”, in a protest called by 17 year old Felicia Margineanu on Facebook. Up to 1,000 also protested in Gothenburg.

The racist Sweden Democrats (SD) now hold the balance of power in a situation where the right wing bloc—known as the Alliance—has the most seats but not an overall majority. As the only unaligned party, the SD is in a position to play kingmaker.

Prime minister Fredrik Reinfeldt of the Moderates, the biggest component of the Alliance, said, “We will not cooperate with or make ourselves dependent on the Sweden Democrats.”

He is trying to tempt the Greens to join his coalition.

But if neither of the blocs break it will become difficult to stop the fascists’ votes from mattering in parliament.

The SD gained 5.7 percent of the vote after running a viciously anti-Islamic election campaign, which included an advertisement showing dozens of burqa-clad women dashing in front of a Swedish pensioner to grab state benefits.

The Labour-like Social Democrats sunk to a historic low of 30 percent, losing to the right for a second term running.

Meanwhile the Left Party got 5.6 percent of the vote. 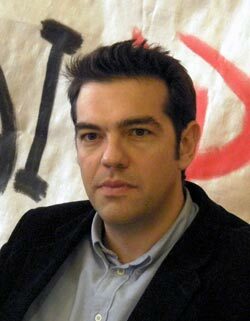