This article is over 9 years, 7 months old
The revolution in Syria is entering a critical phase marked by mutinies, strikes and a growing insurgency—as well as renewed attempts by the West and other outside forces to intervene.
By Simon Assaf
Downloading PDF. Please wait...
Tuesday 12 June 2012

The revolution in Syria is entering a critical phase marked by mutinies, strikes and a growing insurgency—as well as renewed attempts by the West and other outside forces to intervene.

British foreign secretary William Hague has been talking up the dangers of a “sectarian civil war” unless there is some form of foreign intervention.

Western leaders and the United Nations are touting the so-called “Yemeni solution”—removing Syria’s president Bashar al-Assad, but leaving his regime in place.

Russia, the Assad regime’s main supporter, has indicated for the first time that it would sign up to such a deal. This plan is being sold as an “orderly solution” to avert a civil war.

For now, military intervention remains off the table. Any such option would have to be spearheaded by Turkey. But Turkey is unwilling to get embroiled in a war that would stoke tensions among minorities within its own borders.

Meanwhile the pro-intervention sentiments inside the revolution have faded. There is growing faith that the regime can be defeated at the hands of Syrians themselves.

Regime forces still do not have control over Homs, three months on from their assault on the city. The Homs region remains a stronghold for the rebels.

The regime’s position in Homs received a major blow last week with the defection of an elite missile defence base.

The base’s commander allowed home all those who did wish to join the uprising before defecting with troops and ammunition.

He is an Alawi—the religious minority from which the bulk of Assad’s regime is drawn from. This is a further sign of the shrinking support for Assad among Alawis.

The numbers of such defections are increasing across Syria. In many areas soldiers are trapped in their bases and have agreed to a local truce with rebels.

This growing and effective insurgency has reached the costal city of Lattakia, considered secure until recently, as well as into the heart of capital Damascus.

In Aleppo, Syria’s largest city, regime forces have started using artillery against neighborhoods that were holding mass peaceful demonstrations. Both Aleppo and Damascus have seen waves of protest strikes that have drawn new layers of Syrian society into the revolution—including the Damascus merchant class once considered loyal to the regime.

Meanwhile revolutionaries are swelling the ranks of the armed rebels, bringing with them the anti-sectarian politics that lie at the heart of the popular movement.

Pledges to defend the unity of the country are becoming more popular on anti-regime demonstrations and in statements by rebel brigades.

Fear of sectarianism—which remains at the heart of the regime strategy to derail the revolution—has hardened these calls for unity inside the revolution. 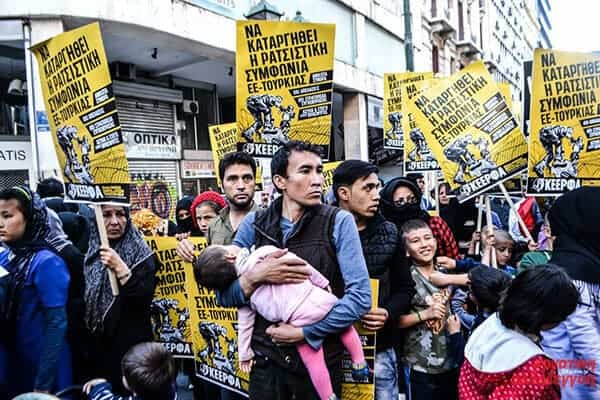