This article is over 9 years, 6 months old
The Syrian revolution has reached a new crossroads. Recent regime massacres have combined with a series of defections that could open the door to greater influence by the West.
By Simon Assaf
Downloading PDF. Please wait...
Tuesday 17 July 2012

The Syrian revolution has reached a new crossroads. Recent regime massacres have combined with a series of defections that could open the door to greater influence by the West.

Some 200 people are said to have been killed in an offensive on the village of Tremseh, west of Hama, on Thursday of last week.

The details of that day remain unclear. But credible reports point to the regime’s use of overwhelming force followed by a murderous sweep of the village by the pro-regime Shabiha militia.

The village lies in a region that straddles a growing fracture line between Sunni majority areas and those of the Alawi minority. The massacre is seen as another attempt by the regime to drown the revolution in sectarian bloodletting.

The LCCs, the network of local committees directing the revolution, condemned the massacre and warned against sectarianism.

It said in a statement, “Syrians today are called on to take heed of, and be alert to, what the criminal regime is doing to their revolution, community and their future state.”

The West fears that the revolution is slipping out of control—and with it any potential influence in the future. The United Nations is desperately pushing for a “Yemeni transition”—a plan to replace the top of the regime with former loyalists.

The regime has launched a deadly offensive over the past few weeks. This follows earlier heavy losses in areas around the cities of Aleppo and Idlib in the north.

Armed rebels continue to hold the vital region around Homs and Hama. The regime offensive has reached the capital, with heavy fighting spilling into the restive suburbs. Damascus is now full of lightly armed rebels who are posing an increasing threat to regime control over the city.

There were a series of mass strikes over the weekend in protest at the massacre. And the LCCs reported over 900 protests on Friday of last week.

Despite the offensive, and the sectarian massacre, the revolution is continuing to make gains. And the rate of defections among lower ranking troops is accelerating.

There is a danger of sectarianism and growing foreign interference. As yet neither has been successful in derailing the revolt. Syria’s revolution is still a force to be reckoned with.

The scale of military repression that Bashar al-Assad’s forces have inflicted on the opposition has been devastating. Now the Red Cross has declared that the Syrian struggle is officially a civil war.

This has contradictory implications. It can open the way for combatants to be charged with war crimes. It also affects how wounded people are treated, and actually grants some rights for those fighting to use appropriate force to achieve their aims.

But the nature of the conflict cannot simply be transformed with a new definition. In Syria, despite the increasing militarisation of the revolt, popular protests are still taking place—in the face of unrelenting violence from the regime.

However, so far the mass protests have been unable to make a decisive shift in the struggle to bring down Assad.

The Red Cross declaration could lead to increased pressure from the United Nations to impose a settlement. This could see the opposition expected to sit down with representatives of Assad’s dictatorship.

The West has pounced on the defections of Brigadier General Manaf Tlass, until recently the head of the elite Republican Guard, and Nawaf Fares.

Fares was the Syrian ambassador to Iraq. Tlass, who is from the Sunni dynasty with deep roots in the regime, is now being touted as the prime candidate to run a regime of former loyalists.

A section of the Syrian opposition went to Russia to sell Tlass as a safe pair of hands that could offer guarantees to it. The West see him as a man they can do business with.

The defections have exposed the fractures inside the regime, and were welcomed by the revolution. Yet there is deep unease over any role former regime loyalists will have in the future.

The Syrian revolution has two enemies. Assad wants to crush it to remain in power. The Western powers want to hijack it to ensure a friendly government replaces him.

The current stalemate cannot last indefinitely. The longer the revolution is held back, the greater the chance that the dreams of freedom that inspired it will not be realised. 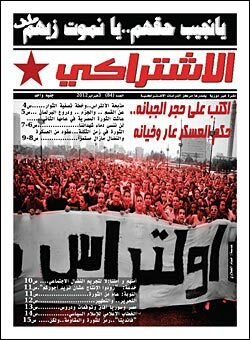 Rebels take on the regime - and it's 'fifth column' in Syria

Revolt in Syria is still growing