Labour-type Pasok, which pushed through cuts in coalition with New Democracy, was reduced to just 13 seats.

Angeliki is a school worker sacked by the last government to pay off the bankers’ bailout.

She told Socialist Worker, “Hope has just arrived in Greece. For years we have suffered the agony of the crisis.

“All that time we hoped this would happen.”

There was jubilation in the streets as workers heard the result. It’s the first time since dictatorship ended in the 1970s that a party other than New Democracy or Pasok has been elected.

But as people in Greece celebrated, world leaders and the right wing media predicted impending doom.

The Daily Mail newspaper claimed Greece faced a run on its banks. David Cameron said the result would “increase economic uncertainty across Europe”.

The reality is that ordinary people in Greece have been living with “economic uncertainty” for the last five years and they have had enough.

Workers have fought austerity with general strikes, occupations and protests. They feel that Syriza’s victory reflects that struggle. 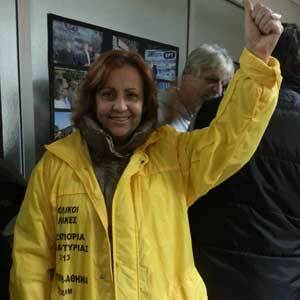 Angeliki said, “All the workers who are fighting overturned the government.

The radical left party Syriza was formed in 2004 around an offshoot of the Communist Party. In a 2009 election it won 4.6 percent of the vote. Now it has won 36 percent.

Syriza is against the impact of austerity that has been imposed on Greece to pay for bailing out the banks. It wants to write off at least half of Greece’s £238 billion debt.

Stock markets tumbled and the euro briefly fell to an 11-year low against the dollar after the result. But Tsipras quickly formed a coalition with the right wing Independent Greeks.

The key question now is whether Syriza will stand up to the bankers and creditors.

“Now the left is in government, first of all we want our jobs back,” said Angeliki. “Then we want it to do something about austerity.

“We want a completely different sort of politics to the old parties. We’ll keep fighting until we win back what was taken from us.” 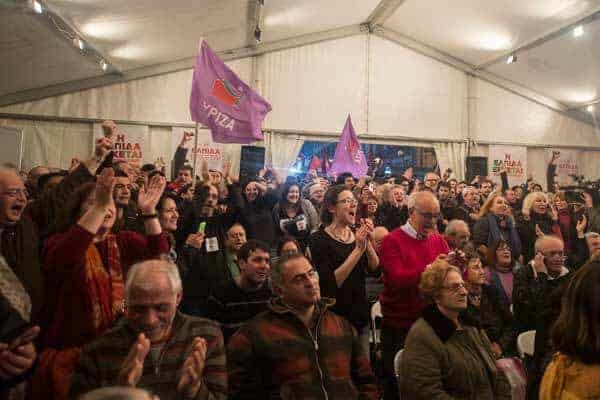 Antarsya candidate on where next after Greece's election 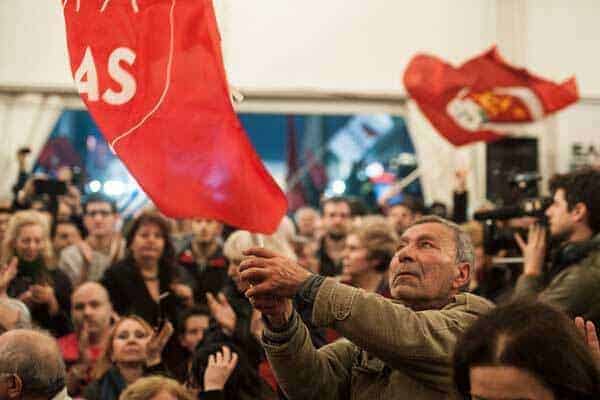 As Greece rejects austerity - we can do it here

Who are the Independent Greeks?