Britain’s military intervention in Syria has been exposed as a farce. Westminster’s warmongers argued that it was essential.

Yet there have been no manned airstrikes since three that took place in the five days following the parliamentary vote.

All these fell on Omar oilfield, a target the US said it had destroyed six weeks earlier.

One British drone dropped one missile on an Isis checkpoint on Christmas Day.

Part of the warmongers’ case for bombing Syria was that Britain was the only Western power to have vital “precision” Brimstone missiles. They have not been used.

David Cameron claimed Britain had to join airstrikes to bring peace to Syria and to make Britain safe from Isis. His supporters on the Tory and Labour benches said the same.

But now Isis is directly threatening Britain because it has joined the war. A masked man in a new Isis propaganda video specifically makes threats against Britain.

The video appears to show the execution of five men accused of being spies for Britain.

Ordinary Syrians are no safer. They face attacks from Isis, bombing from the forces of dictator Bashar al-Assad, his ally Russia and the US.

The US is carrying out 90 percent of Western airstrikes.

The real reason Britain joined the bombing of Syria was to gain access to any future Western carve up of the region.

Like the most recent imperialist ventures in the Middle East it will only bring greater conflict and violence in its wake.

The return of British troops to Sangin in Helmand province in Afghanistan last December showed this starkly.

The troops are part of a Nato contingent sent in to tackle Taliban supporters laying siege to the town.

British Special Forces were described as being there solely in an “advisory” role.

Yet evidence has emerged that they actively joined a battle that saw 20 Taliban supporters killed.

Sangin was the centre of the Nato occupation of Afghanistan.

Nearly a quarter of all the British soldiers killed in the war on Afghanistan from 2001 died in the battle to hold the town.

Its fall to the Taliban is symbolic of the West’s defeat in the country.

British troops have also returned to Libya although Cameron lauded military intervention there in 2011 as a great success.

And in Iraq British airstrikes over Christmas have so far failed to enable the Iraqi army to even fully retake Ramadi from Isis forces. Isis has held it since May last year.

The US and its imperialist allies are struggling to keep control of a region they see as strategically important.

Anti-war activists must keep up the pressure for Britain to pull out of all the imperialist intervention in the region. 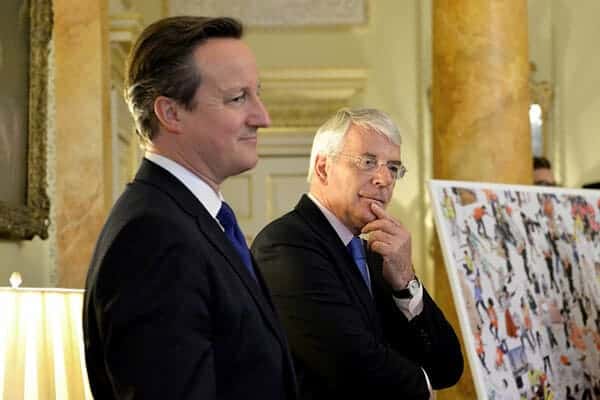