The democratic convention: a step forward for democracy in Mexico

The convention was part of the campaign to reverse the fraud that saw left candidate Andres Manuel Lopez Obrador (known as Amlo) denied the presidency following the 2 July elections.

The convention was attended by over a million delegates, who named Amlo “presidente legitimo de Mexico” – the legitimate president of Mexico. He says he will take up the position on 20 November – the date Mexicans celebrate the 1910 revolution.

Writer Elena Poniatowska opened the convention by citing the Mexican constitution, which gives the people the right to modify or change their government if they believe it is acting undemocratically.

The delegates authorised Amlo to set up a cabinet and to establish a government headquarters in Mexico City. They also voted for a basic programme of policies, including fighting poverty, inequality and privatisation.

More actions are planned by the movement. Felipe Calderon, the right wing candidate named as winner in the presidential election will face protests at every event he attends.

The movement also decided to launch a boycott of the companies that financed Calderon and who helped carry out the “dirty campaign” against Amlo in the run up to the election. These include US multinationals Wal-Mart and Coca-Cola.

The convention was the result of weeks of campaigning by the movement. Delegations arrived from every state in Mexico. Workers, students and indigenous people were involved.

It was held on the weekend when Mexico’s independence from Spain is celebrated. Traditionally the president gives “el grito”, the cry of independence, from the municipal palace in Mexico City’s main plaza.

But this year outgoing president Vicente Fox was forced to give it in his home state of Guanajato – another victory in the campaign to build a different Mexico. 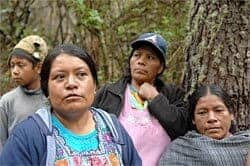 Mexico: fight continues on the streets and in forests 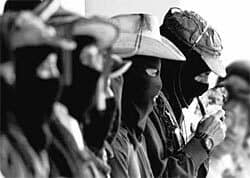 The Zapatistas’ election campaign with a difference 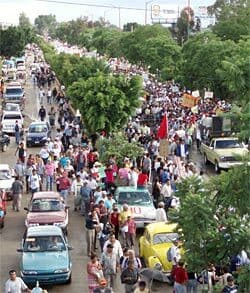