The sick state of Nigeria

This article is over 11 years, 11 months old
Goodluck Jonathan has been sworn in as acting president of Nigeria after three months with no leader. The only caveat is that "the president will automatically resume office… once he is well enough". The story of the missing president has continued since November, leaving Africa's most populous country with no functioning government. This is doubly strange as Nigeria is a major regional power sitting on large oil reserves.
By Baba Aye
Downloading PDF. Please wait...
Tuesday 16 February 2010

Goodluck Jonathan has been sworn in as acting president of Nigeria after three months with no leader. The only caveat is that “the president will automatically resume office… once he is well enough”. The story of the missing president has continued since November, leaving Africa’s most populous country with no functioning government. This is doubly strange as Nigeria is a major regional power sitting on large oil reserves.

President Umaru Yar’Adua, who has a long history of illness, was admitted to a hospital in Saudi Arabia last November. None of his ministers have seen him since.

The initial response of the ruling class was that there was no problem. The country’s Federal Executive Council actually announced in December that the president could perform his functions from any part of the world.

The Nigeria Labour Congress, Nigeria’s TUC, didn’t want to “jump into the issue” to avoid derailing democracy. The Labour Party has merely “prayed for the quick recovery of the president”.

Even when Yar’Adua was ‘elected’ in 2007 everyone knew that he was a very sick man.

He came to power in a blatantly rigged election. He claimed 24.6 million votes—70 percent of the poll. EU observers said the elections were ‘not credible’.

So why did the ruling class want him?

At one level the previous president, Olusegun Obasanjo, simply wanted a successor who would not expose his mega-frauds. And he knew he could rely on Yar’Adua.

But, the main reason relates to how our rulers hang onto power through an ethnic and regional power balancing arrangement.

This dates back to when Nigeria was part of the British empire. The 1945 constitution divided the country so it could be run on a regional basis. This was a strategy to break the pan-Nigerian character of the anti-colonial struggle.

It failed to divide the working-class, which was the main driving force of the nationalist movement, but others were much more amenable.

Nigeria’s middle-class “founding fathers” all dug into the support of their majority ethnic groups, collectively marginalising the elites of minority groups.

When the British pulled out in 1960, the colonialists were joyous that they could bequeath power to the dominant Northern power bloc. This was a bastion of reaction, centred on vestiges of feudalism in the largely Islamic “core North”. Most of Nigeria’s rulers have come from this bloc.

In 1993 the now legendary ‘June 12’ election looked set to overthrow this top down tradition. The election was suppressed and followed by the repressive rule of General Sani Abacha.

But the capitalist political elites were afraid of the return of a mass upsurge, and agreed on a power shift arrangement.

Obasanjo from the South-West was made president in 1999. Yar’Adua from the North-West took over after Obasanjo’s two terms in office. His vice-president was Goodluck Jonathan, a former governor from the oil-rich Niger Delta region, in the south.

This is why Nigeria’s senate is prepared for power to pass to Jonathan, but insists that he must not run for president in next year’s general election.

The interplay of the corruption and the regional divide reveals how ruling class interests emerge and are defended. They are the actual interests of living individuals, with internal tensions and contradictions, which however unite against working class movements from below.

So this is the current situation. Mass anger at the general impoverishment of the working people is channelled against an absentee president. With no leadership from the workers’ movement, the Save Nigeria Group has expressed this anger. It is organised by middle-class professionals and the churches.

This has organised large rallies across Nigeria—and also in Europe and America. Its demands include the resignation of the President.

As international socialists we have joined these protests, making sure participants know that the capitalist system is at the root of Nigeria’s multidimensional problems. The “political solution” of swearing in an acting president on 9 February cannot resolve the country’s troubles, as numbers of workers and youths seek revolutionary solutions, beyond Yar’Adua or Jonathan. 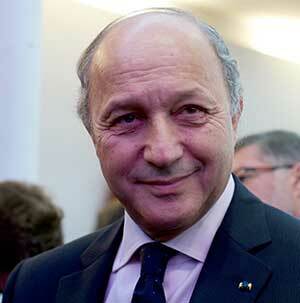