It was a war that cost an estimated one trillion dollars, fought, we were told, as part of the global “war on terror”. But 11 years, on the invasion of has become a nightmare for the West and the region.

If there is ever a confirmation of the sheer madness of the 2003 invasion, it is that it has created a “super terrorist state” that stretches from in to the suburbs of in .

It is ruled over by the Islamic State of Iraq and (, also known as Isil), an organisation that even Al Qaida has denounced as too “extreme”.

Their audacious capture of ’s second largest city, and string of Sunni Muslim towns has sent shockwaves through the region.

is now on the precipice of a truly horrific sectarian civil war pitting Shia against Sunni. This could also trigger an ethnic war between Kurds and Arabs over the control of , the ethnically mixed city in the heart of the country’s biggest oil reserves.

The Kurds, who want to be the capital of a future independent state, have seized the city after the Iraqi army abandoned its bases there.

It is a conflict that could embroil , and most bizarre of all, Iranian troops coordinating with US airpower against a common enemy. There are already reports that ’s revolutionary guards have appeared around key Shia religious sites in while the talks up the threat of drone strikes.

As the US-made Iraqi army disintegrates, the neo-cons and Blairites who are the true architects of this disaster, have the audacity to talk of “military options”. They even argue that western troops should not have been withdrawn in 2011.

’s spiral into a new sectarian war is a result of the occupation, and the tactics used by western forces to defeat the 2004 national uprising.

At the time, the and its coalition allies sought to engineer sectarian tensions to divide a growing national liberation movement.

Faced with a rebellion that united Shia and Sunni Muslims, the occupation opted successfully for a strategy that carved up state institutions by offering to hand the country over to Shia sectarian parties.

The second part of the strategy was the so-called “sons of ” movement. Elements of the tribal insurgency were promised a stake in a future state in return for pacifying Sunni majority areas. That plan, coupled with the surge in US troops, seemed to have paid off.

This puts pay to the lie that the held in check the sectarian war.

The Iraqi state that emerged under the occupation was corrupt and deeply divisive. Iraqi Prime Minister Nouri al-Maliki deepened the schism by further alienating the country’s Sunni minority and threatening the autonomous Kurdish regions in the north

Disenfranchised Sunnis began peaceful protests in December 2012 in what was known as the “Iraqi Spring”. Security forces attacked the camps, killing dozens of people. Maliki then flooded Sunni areas with his security forces.

Thousands of people were rounded up, tortured and killed.

A deep disaffection with Maliki’s rule precipitated the disintegration of security forces in the face of . Now his government is close to collapse.

In a bleak and disturbing development, ’s top cleric Ayatollah Sistani called on Shias to take up arms against Sunnis.

The prospect of an intractable and bloody sectarian civil war in is the bitter legacy of the 2003 invasion. 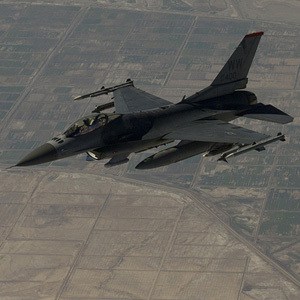