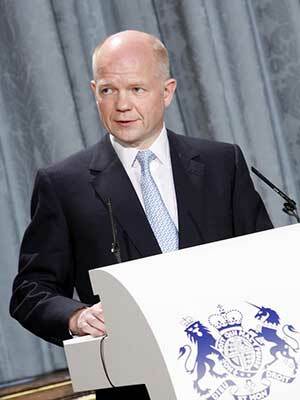 Foreign ministers from governments that back sections of the Syrian opposition have intervened to ensure their allies are part of plans for a post-Assad Syria.

These governments, coined the Friends of Syria, include the US and Britain. The ministers met delegates from the Syrian National Coalition (SNC) in Paris last Sunday.

The West is worried about the rise in strength of groups affiliated to Al Qaida. The SNC represents the most Western friendly forces in the country.

Recent weeks have seen bitter battles between different opposition forces for control of areas won from the regime of dictator Bashar al-Assad.

The Al Qaida affiliated Islamic State of Iraq and Syria took control of the town of al-Bab in northern Syria on Monday of this week.

It hunted down fighters from other opposition groups.

The Geneva Two talks are billed as preparing for a political resolution in Syria which Western powers want to shape.

A statement from the Paris meeting said Assad and members of his “despotic” regime will have no role in any transition.

But this process is not about looking to a victory of almost three years of revolt against Assad’s dictatorship.

Instead it is about trying to put Western imperialist interests to the fore in a conflict that has seen the deaths of over 180,000 people.

Nothing good on the table at Syria talks