Thousands rallied yesterday, Tuesday, in downtown Cairo, marking the second anniversary of the “Mohamed Mahmoud Uprising”, when Egyptian protesters battled the military-backed police force for days. The uprising left dozens of martyrs and was the first real challenge to the military junta which assumed control after the overthrow of former dictator Hosni Mubarak.

Yesterday’s protest was called by the Revolutionaries’ Front, a new alliance launched in September, in an attempt to build a third alternative away from the military and Islamists.

Protesters marched from Talaat Harb Square, through the streets of downtown, till they reached Mohamed Mahmoud Street, where the clashes were centred during the November 2011 uprising. That narrow street which has claimed global fame as a symbol of resistance, links Tahrir Square to the interior ministry’s headquarters, where Mubarak’s Gestapo still operate.

The march was thousands strong. The chants were firmly against the military and the police, calling for retribution, as well as recalling how Islamist groups backed the state’s crackdown on revolutionaries in 2011.

Simultaneous marches and protests were organised across the Egyptian provinces outside the capital.

In the Nile Delta province of Daqahliya, security forces teargassed protesters at Mansoura University, and detained later Ahmad el-Farrash, an activist with the Revolutionary Socialists.

The state run and private media are frantically launching attacks on the Revolutionary Socialists and the 6th of April Youth Group, accusing them of “sabotage and anarchy.” 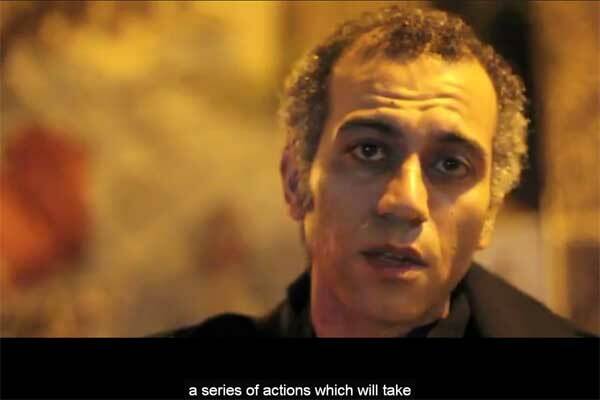