Saudi Arabia’s military has finally admitted that it has used British-made cluster bombs in its assault on Yemen. The truth has been dragged out of the regime after an attempted cover-up lasting over six months.

The Tories assisted in the lies—and they continue to back the murderous Saudi Arabian regime. British arms firm BAE Systems is hoping to secure a £4 billion sale of 48 Typhoon fighter jets to the country soon.

Britain signed an international treaty outlawing cluster weapons in 2008. This included the duty to prevent their use by other countries, but Britain has utterly failed to hold back Saudi Arabia.

Cluster bombs scatter smaller explosive devices indiscriminately over a wide area. Children are particularly at risk of picking up and playing with the small bombs. Some roughly resemble drink cans, while others resemble balls.

In May this year Amnesty International carried out research in Yemen and “found evidence of US, UK and Brazilian cluster munitions used by the Saudi Arabia-led coalition forces.” It documented several cases where civilians, including children, had been killed.

Meanwhile, Tory defence procurement minister Philip Dunne denied Amnesty’s findings to MPs. “On the basis of all the information available to us, including sensitive coalition operational reporting, we assess that no UK-supplied cluster weapons have been used,” he claimed.

But yesterday, Monday, General al-Asiri, admitted British-made BL-755 cluster munitions had been used. The bombs had been used in the cases detailed by Amnesty.

Tory defence secretary Sir Michael Fallon made an immediate statement to MPs. He gave no apology and there was no condemnation of Saudi Arabia.

Instead he assured MPs that, “Saudi Arabia is a key partner in our fight against terrorism. We depend on each other’s intelligence. It is essential for our own security that we keep our relationship with Saudi Arabia in good repair.

He added, “There is nothing to be gained from shunning or boycotting Saudi Arabia.”

Without a shred of evidence he claimed “Saudi Arabia is on the cusp of enormous social and economic reforms.”

Amnesty’s UK director Kate Allen responded, “This is not good enough. We need to see a total suspension of all weapons sales to Saudi Arabia that risk fuelling further atrocities in Yemen.

“If the Saudi-led coalition can use British-made cluster munitions against Yemeni villages, then we shouldn’t be surprised that it can also bomb homes, hospitals, schools and factories in Yemen.”

The Saudi-led war in Yemen has caused intense suffering during the last two years.

United Nations agencies say the war has killed over 10,000 people, with most of the civilians slaughtered by the Saudis and their allies.

Now a blockade is leading to widespread famine. Around 4 million people are acutely malnourished. Out of a total population of 27 million 19 million need food assistance.

But it’s not just the Tories who back Saudi Arabia.

Two months ago over 100 Labour MPs refused to back their party’s own parliamentary motion against bombing civilians in Yemen. It had called on the government to suspend support for Saudi Arabia in the war—although it didn’t call for an end to arms sales to Saudi Arabia.

Those politicians who back Saudi Arabia are hypocrites when they condemn civilian suffering in Syria or anywhere else in the world. 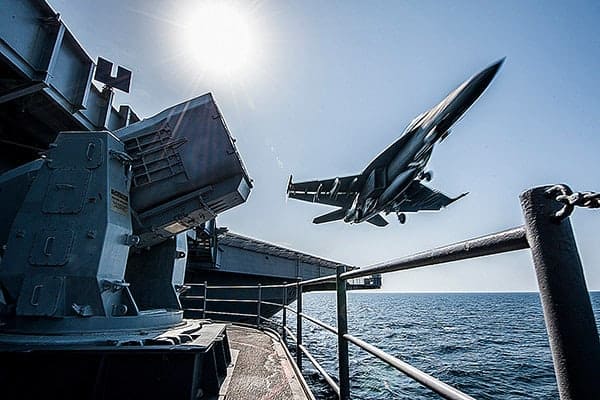