US set to spend billions more on weapons of destruction. North Korea joins in the escalation. Please, will no one think of the oligarchs? And more.
Downloading PDF. Please wait...
Tuesday 29 March 2022 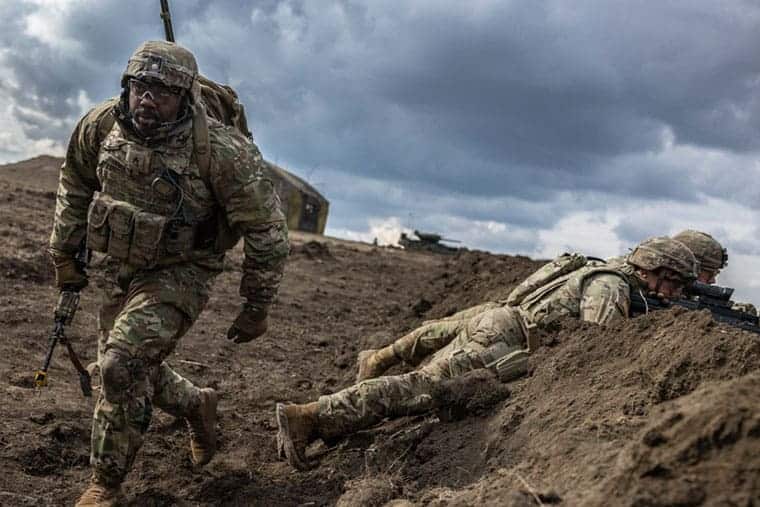 The US Army’s Second Squadron, 2nd Cavalry Regiment in Romania

With Republicans and Democrats baying for ever-more money for Nato and the US forces, he won’t face much opposition. Biden’s arms inventory includes almost £100 billion for research and development of “advanced weapons” such as the hypersonic missiles whose use by Russia is denounced by the West.

But there’s also £110 billion for new and battle-tested armaments. According to Bloomberg, items on the top of the buy list include 61 F-35 fighter jets from Lockheed Martin, the purchase of the new B-21 bomber from Northrop Grumman, and two Virginia-class ­submarines from General Dynamics.

Taking advantage of the ­sharpening military manoeuvres across the world, North Korea announced last week that it had successfully launched its largest intercontinental ballistic missile (ICBM) in a test. The Hwasong-17 was first unveiled in 2020 at a parade where its colossal size surprised even seasoned analysts.

Last week’s launch marked the first time the country has tested an ICBM since 2017. The government ordered the test because of the “daily‑­escalating military tension in and around the Korean peninsula”.

It spoke of the “inevitability of the long-standing confrontation with the US imperialists accompanied by the danger of a nuclear war,” the official news agency for North Korea, reported. ICBMs are long-range missiles, ­capable of reaching the US. Japanese officials said the missile flew to an altitude of 6,000km and fell in Japanese waters after flying for more than an hour.

First strike nukes back on

US president Joe Biden is now prepared to unleash nuclear weapons first in “extreme circumstances”. He last week abandoned a campaign pledge to say they would only ever be used as retaliation.  His U-turn came after pressure from Nato military allies and the Pentagon armed forces establishment.

The US currently allows itself to use nuclear weapons to “defend the vital interests of the United States, its allies and partners”, as well as in response to “significant non-nuclear strategic attacks”. For years Biden has said he wants to rein that back. But his new policy will still allow them to be used in “extreme circumstances” as a deterrent against chemical, biological, massive conventional and even potentially cyber attacks, officials told a newspaper.

Oksana Pokalchuk, the Amnesty International coordinator in Ukraine, documented last week the way the Ukrainian government’s martial law is acting in an oppressive way. “Ukraine banned most men of age 18-60 from leaving the country. Unfortunately, it is having an unjustified impact on some groups of men, especially men with disabilities,” she tweeted last week. “These limitations have especially problematic effects on disabled men, and men with sole responsibility for their children.”

The United States has transferred Patriot anti-missile interceptors to Saudi Arabia recently to smooth relations with a country that can pump more oil into global markets and replace Russian production. Saudi Arabia has been ­demanding the system to use in its war on Yemen. The Saudi-led coalition has stepped up the war in Yemen during the Ukraine invasion.

War in Ukraine boost for gas

The Citigroup bank has some cheering analysis on energy prices. It thinks surging coal use in China will displace its imports of liquefied natural gas (LNG) used in power plants, freeing up hydrocarbons for the rest of the world.

The planet might be given another lurch towards destruction but at least this will make up for the loss of Russian supplies as a result of the Ukraine war. China became the world’s biggest importer of sea borne gas last year. Now it’s wildly adding coal capacity.

It produced 687 million tonnes of coal in the first two months of this year, a 10 percent rise from a year before Citigroup is telling clients that global gas prices could fall over the second half of this year as diverted LNG floods the world market.

Please, will no one think of the oligarchs?

Amid all the suffering in Ukraine, will nobody think of oligarch Petr Aven? The Financial Times highlights the problems of Aven, a Russian former academic, politician and businessman who was worth £4.5 billion last month.

Now he faces sanctions and plaintively asks, “Will l be allowed to have a cleaner, or a driver? “I don’t drive a car. Maybe my stepdaughter will drive. We don’t understand how to survive.

“Our business is completely destroyed. Everything which we were building for 30 years is now completely ruined.

Even his family was hit. The paper goes on, “In the days before European banks froze cross-border transactions with Russia, Aven’s wife spent time in London on an urgent mission—travelling around cash machines taking out as much money as she could to prepare for what was to come.

“Now he says he does not know if he can pay even the most basic of bills.” These are truly the real victims.

The United Nations special rapporteur on human rights in the Occupied Palestinian Territories has said the situation there amounts to apartheid. Michael Lynk’s report to the UN Human Rights Council is damning. It finds that Israeli Jews and Palestinians live “under a single regime which differentiates its distribution of rights and benefits on the basis of national and ethnic identity, and which ensures the supremacy of one group over, and to the detriment of, the other.”

It sets out how this system “endows one ­racial-­national‑ethnic group with substantial rights, benefits and privileges while intentionally subjecting another group to live behind walls, checkpoints and under a permanent military rule”. This “satisfies the prevailing evidentiary standard for the existence of apartheid”. Amnesty International, Human Rights Watch and Israel’s B’Tselem have all recently said Israel is guilty of apartheid. 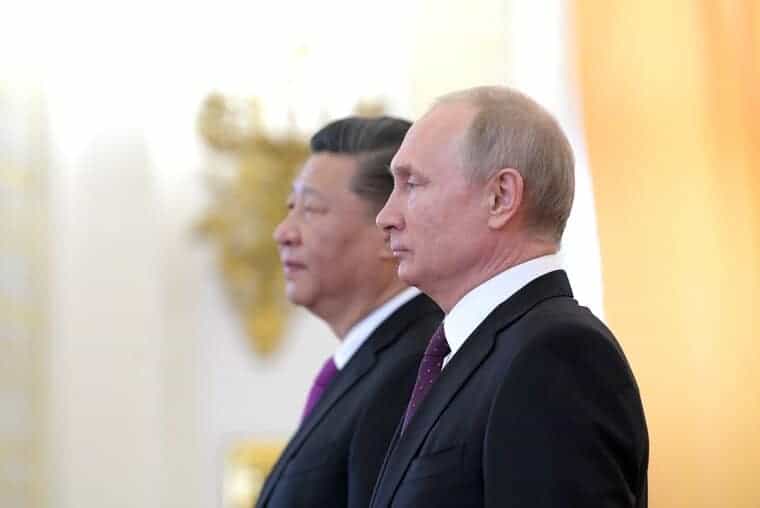