‘We fought against Pim Fortuyn’s party’

This article is over 20 years, 1 months old
THE DUTCH general election this week was dominated by the fallout from the assassination of far right leader Pim Fortuyn. PEPIJN BRANDON from Socialist Worker's sister organisation in Holland, the International Socialists, spoke to KEVIN OVENDEN about
Downloading PDF. Please wait...
Saturday 18 May 2002

WHAT LIES behind the support for the far right?

THE RISE of Pim Fortuyn was a direct result of the severe crisis that has hit all the mainstream parties over the last few years. From the second half of the 1990s the Netherlands has seen fast economic growth.

However, the ruling ‘purple coalition’ of conservatives and the Labour Party made sure that the fruits of the boom went to the rich. A voluntary social contract between the union leaders, the government and the bosses has meant wages hardly kept up with inflation, while the number of millionaires exploded.

It also meant there was virtually no organised opposition from the labour movement against an unprecedented attack on welfare, healthcare and education. The so called ‘polder model’ or ‘Dutch model’-the system of organised cooperation between the bosses, the state and the union bureaucracy-in practice meant that the privateers and the neo-liberals had their way under cover of the Labour Party.

The results were appalling. The spending on healthcare and education in relation to economic output was lower than in the US. Hospital waiting lists led to several cases of people dying because there wasn’t enough room in intensive care. Instances like these created a deep hatred for all government parties.

But the lack of a visible left alternative organising on the streets meant that the anger hardly translated into rising levels of confidence to fight back. This created the conditions in which the far right could grow.

WHAT IS the nature of the far right in Holland?

How big is it, and is it a form of fascism?

WE campaigned during the last few months under the slogan ‘Stop the Dutch Haider’, after Fortuyn made a breakthrough in local elections in the city of Rotterdam.

The comparison between Fortuyn and the Austrian far right leader Jörg Haider is accurate. Both presented themselves as maverick anti-establishment politicians but campaigned hard on the traditional themes of the fascist right. The media and most organisations in the Netherlands refused to put Fortuyn in the same category as the rest of the European far right. Outside the Netherlands, however, the rest of the far right saw him as one of theirs.

Filip Dewinter of the Flemish Block in Belgium even proposed to rename his organisation in the main Flemish-speaking city Liveable Antwerp, copying Liveable Netherlands, the organisation Fortuyn rose to prominence in.

The issues on which Pim Fortuyn campaigned were virtually identical to those Le Pen used. They both stressed the corruption of mainstream politics and the need to build ‘a movement’ against all established parties, the Labour Party in particular. Fortuyn posed as a right wing rebel against those in government. His second theme was racism.

Fortuyn claimed that all social problems in the Netherlands are linked to immigration, in particular of people from a different ‘cultural background’. He called for a ‘vital and aggressive Dutch culture’ against the ‘threat of Islam’, which he called a ‘backward culture’.

The racism was targeted at the newest immigrants, who largely come from Muslim countries. And it was wrapped in the ‘respectable’ language of cultural differences, to which mainstream politicians have capitulated.

The race hatred it led to became visible immediately after the murder. Groups of his most extreme supporters rioted in front of parliament chanting, ‘All blacks to the gas.’ Fortuyn’s organisation, List Pim Fortuyn (LPF), is not a fully fledged fascist party.

There were some connections with the very small and until recently very isolated BNP-type Nazis. But the bulk of his party was a loose grouping of frustrated ex-members of the mainstream parties, some rich eccentrics, and large numbers of people who thought they could make a quick career by jumping on Fortuyn’s bandwagon.

One of the horrible effects of the shooting is that it gave the fascists inside and outside the LPF the confidence to come out on the streets and start recruiting. But even now, most of those who join in the Lady Diana like hysteria created around the murder are against much of what Fortuyn stood for.

There are some immigrants in the orchestrated mourning. But they are largely there in the hope that they will not suffer a backlash if they are seen to be upset. The tensions within Fortuyn’s organisation can make it unstable. Fortuyn’s replacement is an ‘integrated’ black man, but the party also has activists who are openly racist.

If they are not confronted the fascist elements will gain ground. There were all sorts of maverick right wing organisations in Europe in the 1920s. They moved towards outright fascism after Hitler seized power in 1933. Fortuyn’s party is a reflection of sections of people falling for the far right’s propaganda and moving into the orbit of those who want to build a coherent fascist force.

WHAT WAS the impact of Fortuyn’s assassination on the election campaign?

HIS PARTY used the assasination as an excuse to whip up a witch-hunt against the left. It says everyone who opposed Pim Fortuyn’s politics, starting with the Labour Party, is guilty of murder.

Over the last couple of days we (and the other left wing groups) received dozens of e-mails and phone calls from Fortuyn supporters saying we should be wiped off the face of the earth. The official spokesperson of the LPF told the press that the International Socialists had created the atmosphere for the killing.

The day after the murder we got a call from our printer saying he was refusing to produce our paper any more. This is only part of the climate of intimidation that is being created. The LPF used every form of moral blackmail immaginable to keep all parties apart from itself from campaigning for the general elections.

Such an experience underlines that unfortunately just getting rid of individuals is not the way to smash fascism.

HOW HAVE the parties of the left responded?

THE PARTIES of the left were weak on fighting Fortuyn’s policies before he was killed. They refused to call him a racist, let alone compare him to Haider, and they went along with the hype around crime and immigration. Building a movement against Fortuyn largely fell to anti-racist groups and anti-capitalist groups like ourselves.

In the week before the general election the parliamentary left went into hiding. This means that while the press and the right are virtually making a hero and martyr out of Fortuyn the left is silent. The stronger we fight the climate of racism, intimidation and hatred that is being whipped up, the sooner we’ll be able to turn the tide and beat back the racists and the fascists.

HOW DO events in Holland fit into the wider crisis across Europe?

HOLLAND WAS never thought of as a country of sharp political polarisation. Recent events show how quickly these things can change. If it can happen in ‘stable Holland’ it can happen anywhere.

Underlying the rise of Fortuyn (or Le Pen and Haider, for that matter) is not a simple shift to the right, but polarisation in politics going both ways. The anger and disillusionment felt by the majority of ordinary people can translate into a vote for the far right. But it can also erupt virtually spontaneously into movements of the left.

The anti-capitalist movement is the clearest example, of course. But we should also think of the way in which the intial successes of Le Pen in the French elections sparked a mass movement on the streets of France against the fascists. Over the last few weeks we have seen the general strike and three million strong demonstration in Italy. Now there is the important strike by the engineering union, IG Metall, in Germany.

There’s no clear run for the far right anywhere in Europe. We should be aware of that, and start mobilising the kind of mass movement against the far right and racism in Holland that can stop the LPF.

Alongside that we can argue for socialist and anti-capitalist politics that can point to a real solution for the problems faced by working people. 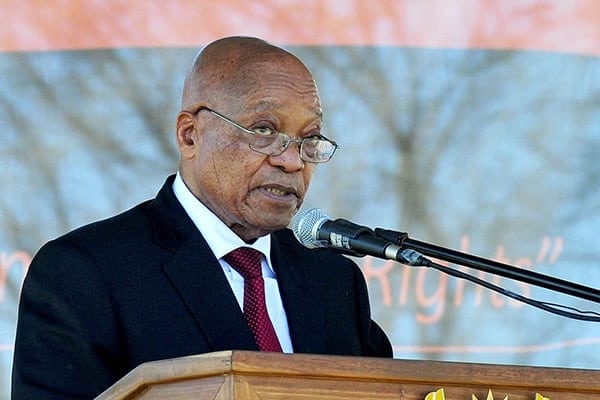 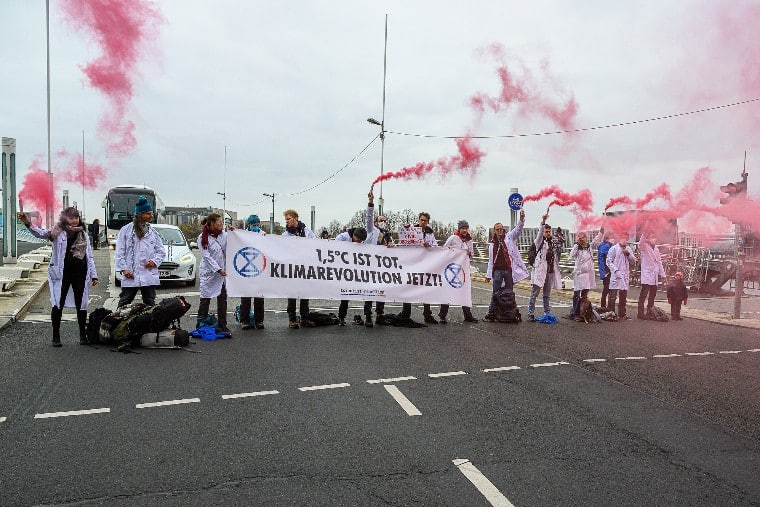