We will resist Greek fascists

This article is over 9 years, 0 months old
Anti-fascist protesters were set to fill the streets of Greece’s capital, Athens, on Saturday of this week in an enormous demonstration against Golden Dawn.
By Dave Sewell
Downloading PDF. Please wait...
Tuesday 15 January 2013

Anti-fascist protesters were set to fill the streets of Greece’s capital, Athens, on Saturday of this week in an enormous demonstration against Golden Dawn.

This fascist party has rapidly become the third party in Greece, with 18 MPs in parliament and a strong showing in the polls.

Its logo is closely modelled on the Nazi swastika, and its members have led violent attacks on migrant workers and the left.

“There have been many attacks—hundreds of migrant workers have been injured,” Javied Aslam, president of the Union of Immigrant Workers and chair of the Pakistani Community of Greece, told Socialist Worker.

“A few months ago there was so much fear in people,” he said. “But there has been a change—people decided it was time to go outside and march with the anti-fascists.

“We’re not going to let them beat migrant workers, and that’s why this demonstration will be so big.”

Moissis Litsis is a leading member of the Athens journalists union. He was involved in the workers’ occupation of the Eleftherotypia newspaper last year.

He explained, “Sometimes people hear Golden Dawn and it sounds like any other party attacking the government.

“They have some anti-capitalist rhetoric—just like Hitler’s Nazis did in the early days—and they attack the European Union, the International Monetary Fund.

“But they blame the problems on foreigners.

“People are in a really desperate situation. Their living conditions deteriorate every day, and it’s difficult to find jobs. “It’s easy for Golden Dawn to talk to them about immigrants, even to revive the old antisemitism by talking about ‘Jewish bankers’.”

Moissis says that the left has to challenge Golden Dawn.

“The coalition government is very weak and there’s a real danger that Golden Dawn could end up being invited to help govern Greece.

“Already the right wing Independent Greeks party has run a joint initiative with them in parliament.

“Most of the demonstrations so far have been led by the far left, and the immigrant communities who were the first to be attacked.

“They have succeeded in stopping some Golden Dawn marches into immigrant neighbourhoods. But now the whole left needs to unite.

“We need to remind people what happened under the Nazis.”

This is the first anti-fascist demonstration to win broad support from all the main left wing parties.

Dimitris Tsoukalas, an MP in the radical left coalition Syriza, told Socialist Worker why he was supporting the demonstration.

“The xenophobia and racism is really difficult to deal with,” he said.

“So we try to talk to people in schools and offices to show that there is another way to understand austerity. The enemy is not the poor immigrant, but the government.”

He said that far from challenging Golden Dawn, the Greek establishment is playing into their hands.

“The police do nothing to stop their actions—they can do what they want, and maximise the attacks on immigrants.

“And the government doesn’t want to lose votes to its right, so it is basically doing what Golden Dawn proposes.

“For example they had an operation named after Zeus Xenios, the Greek god of hospitality, that arrests people who have the ‘wrong’ colour skin.

“More than 60,000 people have been arrested and checked in police stations, and more than 4,000 have been taken to detention camps.”

But Greece’s working class has shown its strength in three years of massive strikes, demonstrations and workplace occupations.

If it turns its strength against the fascists it has the power to beat them.

“People see that what’s happening is not human and not acceptable.

This could be the biggest demonstration in two years, and it will be very useful in stopping the racist and fascist attacks.

“Athens will be full of marchers. This will break people’s fear.”

Global protests in solidarity with Greece set for Saturday 19 January

Anti-fascists around the world will be marching in solidarity with the struggle in Greece.

Unite Against Fascism has called demonstrations at the Greek embassy in London and other cities. 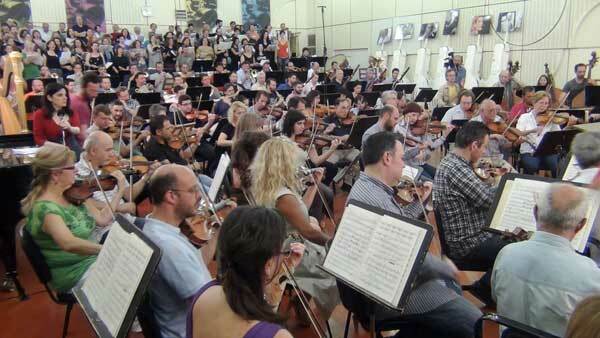 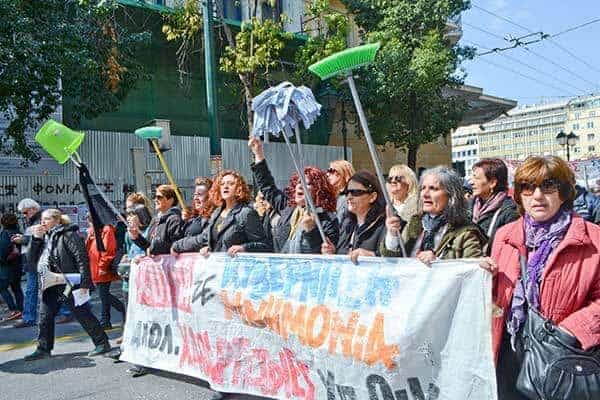 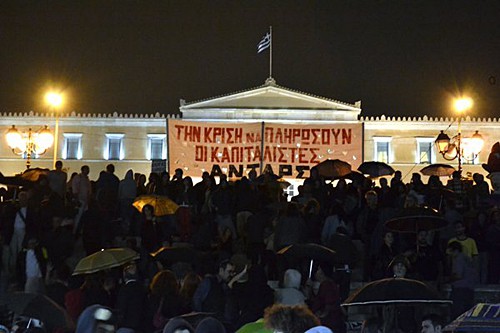 Greek government under siege as workers take to the streets