West pushes towards Ukraine war as Russia sends in troops

Ukraine is being torn apart by imperialist rivalry between the US and Russia
Downloading PDF. Please wait...
Tuesday 22 February 2022 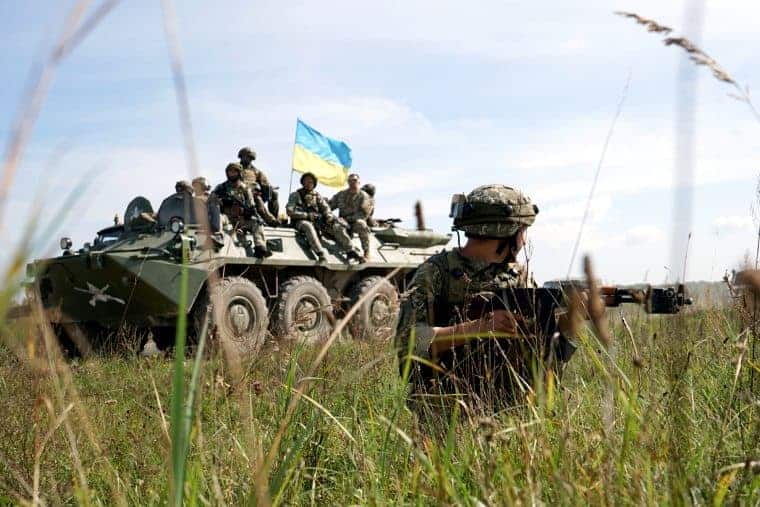 Ukrainian troops during military drills with the US in 2018 (Picture: 7th Army Training command)

Russian president Vladimir Putin ordered troops into eastern Ukraine on Monday after recognising two separatist regions as independent from the rest of the country. Putin told his forces to enter the rebel-held Donetsk and Luhansk regions in Ukraine’s Donbas border area.

The Russian forces should get out of Ukraine now. Donetsk and Luhansk border Russia on Ukraine’s eastern flank. These largely Russian-speaking regions are home to more than three ­million people.

Russian support for the regions began after the ­pro-Western Maidan ­movement toppled Ukraine’s pro-Russian president in February 2014. Putin has spent the past eight years increasing leverage over the territories. Russia issued passports and ­citizenship to around 800,000 of their citizens.

Before calling for the troop movements, Putin attacked the Russian revolution of 1917. He blamed the revolutionary Bolsheviks’ policy of ­allowing freedom for oppressed nationalities for destroying the Russian state.

“This process began practically immediately after the 1917 revolution, and moreover Lenin and his associates did it in the sloppiest way in relation to Russia—by dividing, tearing from her pieces of her own historical territory.”

Opposing imperialism—why the ‘main enemy is at home’
Read More

This rant underlines how Putin has nothing to do with any sort of socialist tradition. He is carrying out ­imperialist manoeuvres. But the main drive towards an appalling war has come from the Nato military alliance and the West.

Monday’s events come after the US and Nato increased tensions with Russia. This included ­sending 5,000 troops of the US ­airborne division to Poland and 300 Javelin missiles to Ukraine. Britain, the US and their European allies said they would impose sanctions in response to Putin sending in his soldiers.

The US government is eager to talk up the horrors of a Russian attack. It claimed this week to have “credible information” that Russian forces have compiled a list of Ukrainian citizens to be “killed or sent to detention camps”.

The US has experience of ­kidnapping its opponents and putting them on its own kill lists. Nevertheless, the story is an attempt to sway opinion in the US and Europe that is largely opposed to war. More than half of people in the US say America should “stay out” of negotiations, according to a YouGov poll last week.

Ever eager to join the fray, Boris Johnson this week chipped in that Russia “must fail and be seen to fail” if an invasion went ahead. That is surely code for Western military intervention in Ukraine. There is a danger that such talk will ratchet up tensions still further.

‘Peace’ is really about profit

The French and German governments say they are anxious to avoid a deeper conflict that could have a devastating effect on European economies.

French president Macron persuaded US president Joe Biden to agree “in principle” to direct talks with Putin this week—although they may now be ruled out. European economies are dependent on Russian energy exports—and gas lines that run through Ukraine.

The European Union’s talk of “peace” is, in reality, a strategic move to keep the fuel flowing. They are happy to use the Ukraine issue to put pressure on Putin when it suits them. But they want to resist the US demands that they fall into line for a potential war.

We should demand that all Western forces are withdrawn from the countries that border Russia and that Nato is dissolved, not extended. 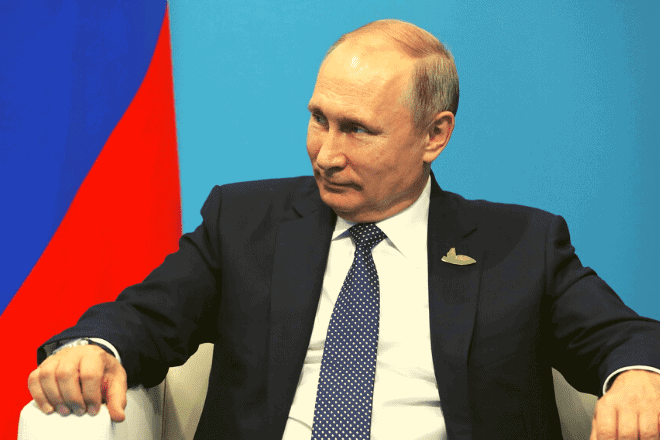