This article is over 9 years, 10 months old
Adi Atassi is a Syrian opposition activist originally from Homs, one of the first cities to join the uprising against the Assad regime. He spoke to Siân Ruddick about developments in Syria.
Downloading PDF. Please wait...
Thursday 04 October 2012

“The spotlight is now on Turkey, which is firing artillery rounds into Syria. But I don’t think Turkey is going to escalate. It’s not in their interests, and none of the Arab countries have shown support for this.

“Turkey’s shots into Syria are more of a show of strength than a sign that it intends to escalate the conflict.

“There’s no doubt however that the revolt in Syria is under pressure from the West. The US has been courting Riad al-Asaad, head of the rebel Free Syrian Army (FSA).

“They told him they would support an FSA takeover of the country—providing the FSA keeps quiet on the question of Kurdish liberation and supports US imperialism in the region.

“The US and the European Union say they want a ‘united opposition’ in Syria before they support the revolution. But that support would be conditional on the opposition being led by a pro-Western figure.

“Syrians are standing strong. When we started this revolution we said we’d finish it by ourselves. Now 32,000 have died and millions have been displaced inside and outside the country.

“So there are no more shades of grey. People have picked a side and many have picked the revolution—and that is our most powerful weapon.” 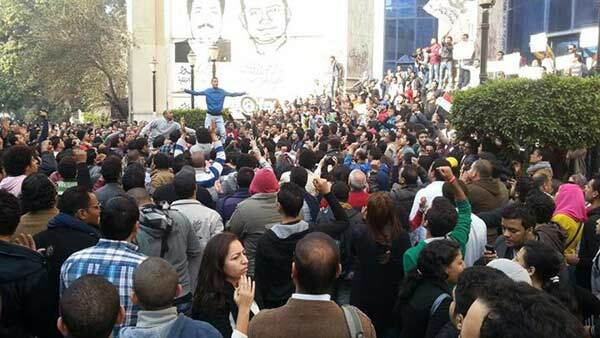 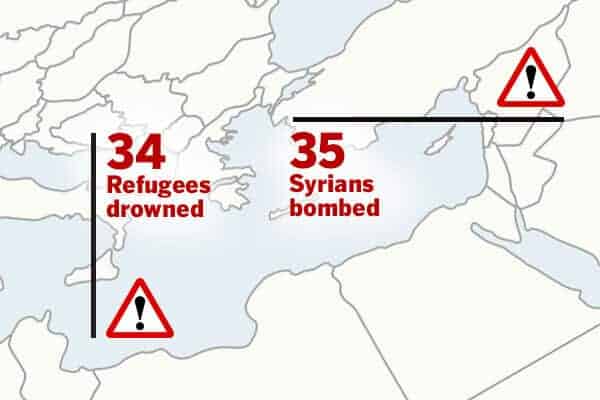 Revolt keeps spreading throughout the region 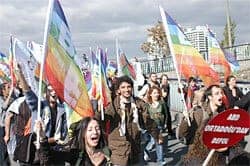 Turkish movement stands up against war on Kurds