While news headlines in the mainstream media are filled with news about the war taking place in Ukraine, Sam Ord reveals some of the terror the media keeps hidden
Downloading PDF. Please wait...
Tuesday 01 March 2022 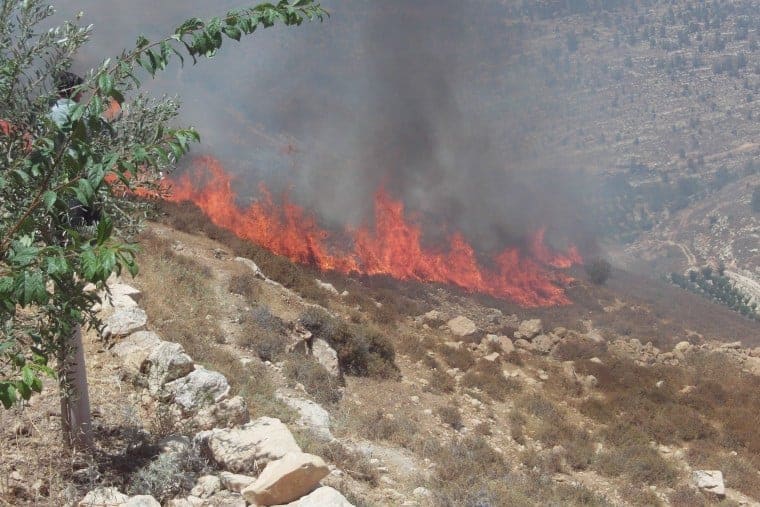 As the Ukraine crisis grabs the headlines, Western-backed wars rage on in Somalia, Palestine and Yemen.

These are the wars that are not deemed so outrageous, and where resistance is denounced rather than celebrated.In Palestine, US Israeli soldiers unleashed a barrage of gunfire east of Deir el-Balah in Gaza on Sunday against Palestinian farmers. On the same day four Palestinians were injured when Israeli soldiers attacked a peaceful protest at Luban e-Sharkiya in the West Bank.

Soldiers assaulted dozens of people ­protesting against provocation by Israeli settlers and soldiers. Many protesters suffocated from tear gas inhalation. A week earlier hundreds of Palestinian school children were forced to miss school by settlers blocking entrances to the village. The protest attempted to reestablish a safe and accessible route to the local school away from ­settler and soldier harassment and attacks.

The following day, the Israeli military marched into Gaza and destroyed farmland. The soldiers were protecting four bulldozers and had four tanks to complete their mission.

Israel still maintains control of Gaza’s borders, access to the sea and its airspace. It has penned Palestinians inside the with a siege for more than 11 years, punctuated by horrific air and land assaults.

The siege has forced huge rates of poverty and unemployment onto Palestinians in Gaza, alongside shortages of electricity and other essentials. In Somalia, east Africa, the US military conducted drone strikes last week. The US has waged an alleged anti-terror war against the impoverished country for 15 years. The US Africa Command said the strike targeted al-Shabab militants “after they attacked partner forces in a remote location near Duduble”.

President Joe Biden continues his predecessors’ escalation of the war, having struck the nation five times since he took office. Last week’s was the first strike since August last year. The US spends billions on war while millions go hungry, according to the charity Save the Children. A new report by the charity details how hundreds of thousands are being displaced as Somalia faces the most severe drought in ten years.

In Yemen, the Middle East, war rages on between Saudi Arabia, Yemen and Houthi rebels. Western-backed Saudi airstrikes in residential areas killed at least one civilian and injured many more last week.

Seven children were killed just days before in more bombing campaigns. Alongside the bombing, missile and artillery fire targeted many residential areas and ports. Gunfire and projectiles have hit the provinces of al-Jawf, Marib and Saada.

Saudi Arabia has escalated its bombardment of Yemen in recent weeks, targeting civilians and their essential infrastructure. Saudi Arabia and its arms ­providers in the West are guilty of war crimes. While leaders in the West claim to be the sole defenders of democracy, they wage war on some of the poorest countries in the world.

Afghanistan: only halfway through the river of blood