What has gone wrong with Rifondazione Comunista?

This article is over 15 years, 3 months old
A major crisis has opened up on the Italian left since the election of the centre-left government in April. The main radical left party Rifondazione Comunista is part of this government
By Phil Rushton, Fabio Ruggiero and Angela Ranauda from Sinistra Critica
Downloading PDF. Please wait...
Saturday 07 October 2006

A major crisis has opened up on the Italian left since the election of the centre-left government in April. The main radical left party Rifondazione Comunista is part of this government

The government, with Romano Prodi as prime minister and the Democratic Left’s Massimo D’Alema as foreign minister, has decided to send 3,000 Italian troops to Lebanon as part of the United Nations (UN) force.

This has provoked a deep and emblematic crisis in the anti-war movement.

The same movement that in February 2003 brought around three million people onto the streets against the war in Iraq was reduced last Saturday to little more than 1,000 people in Rome demanding the “recall of Italian troops from all war fronts”.

The demonstration was led mostly by tiny groupings that represent little. The leaders of the big trade union organisations were able to boycott the event without any problems from their members, as did the leaders of Rifondazione Comunista.

There were a number of demonstrations and rallies against Israel’s war on Lebanon throughout the country, but they were organised on a local basis.

This crisis is also producing arguments within the movement regarding its direction.

The Tavola della Pace (Table of Peace) represents hundreds of local authorities across the country together with large sections of the Catholic anti-war movement.

In August it organised a demonstration in Assisi uncritically backing the sending of Italian troops to Lebanon as part of the UN force, under the banner “Forza ONU” (Go UN).

But in the last few days an argument has broken out within this section of the movement about precisely that position, and an attempt to repeat the same kind of protest in October was dropped.

When the government decided to send troops to Lebanon an appeal was published which was highly critical of the move. It was signed by well-known figures within the movement such as the left wing priest Alex Zanotelli.

He has been involved in successful campaigns against water privatisation in Naples and elsewhere. The same people who organised this appeal are now trying to regroup the anti-war movement for mobilisations in October and November.

The crisis has perhaps been most deeply felt in Rifondazione Comunista, the organisation which has been at the centre of anti-war and anti-capitalist protests in Italy over the last five years.

It has gone through a severe shift to the right since its entry into government. Fausto Bertinotti, Rifondazione’s general secretary, was appointed as leader of the lower house.

He has caused massive turmoil and confusion within the party and beyond by making a formal appearance at the conference of Azione Giovane, the neo-fascist National Alliance’s youth wing, as part of his “institutional responsibilities”.

There have been a number of racist and politically motivated attacks by fascist groups against immigrants and the far left in Italy recently. So Bertinotti’s behaviour is unpardonable.

Rifondazione has also been towing the government line over sending troops to Lebanon.

There should be significant opposition to all this from the left inside Rifondazione organised in Sinistra Critica (Critical Left).

In the lead-up to the parliamentary vote in July on continuing to finance the Italian military mission in Afghanistan, hopes were high that deputies and senators in and around the Sinistra Critica could represent a pole of opposition to the government.

The position of Rifondazione’s leadership was that it did not want to vote against and limited itself to pressure from within the mainstream of the centre-left.

Criticism of this position was widespread even among supporters of the majority line within the party. A campaign against this was mounted, led by Sinistra Critica deputies and senators.

At its high point it drew 600 well-known activists to a conference in Rome. Gino Strada, a surgeon and leading light of the Emergency NGO in Afghanistan, expressed his solidarity with the campaign and his opposition to keeping Italian troops in Afghanistan.

In the first vote on the issue, the rebel deputies and senators voted against the financing of the military mission. When the crunch came, however, and a further vote was framed as a vote of confidence in the government, the rebels caved in.

They argued that the opposition in the movement to Italy’s presence in Afghanistan was not sufficiently strong to extend to a willingness to create a crisis for the government.

The same problem has again presented itself over Lebanon. The deputies and senators of Sinistra Critica say that they will abstain on the question, read out a statement of opposition in the house and abandon the parliament chamber, but will not vote against.

The justification for not voting against is that relations within Rifondazione Comunista are stretched to breaking point. A vote against could lead to a break with the party.

An important section of Sinistra Critica among factory workers in the north east of Italy are unhappy about the possibility of a split with the rest of Rifondazione.

But as Primo Levi, the great Italian writer and Auschwitz survivor, once wrote, “If not now, when?” The movement is asking questions and is not getting clear answers. Fudging opposition on Afghanistan and Lebanon makes it harder to build clear opposition the next time round on other issues.

If the situation inside Rifondazione is getting so bad that sooner or later a split becomes inevitable, then we have to prepare for it now. These issues will not go away. At the Sinistra Critica national seminar in Bellaria next weekend we going to have to provide some good answers to the questions facing the movement. 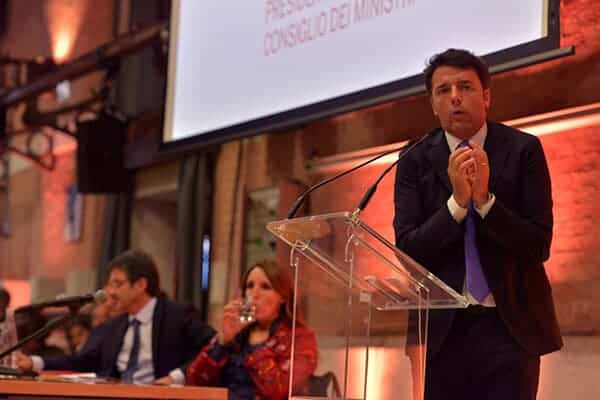