WORKERS AT the Opel car company in Germany have shown exactly how to respond to mass redundancies—by holding a lightning strike. The strike has disrupted production across Europe.

Car workers at Opel’s Bochum plant defied the law and walked out on hearing the news that the parent company, US multinational GM, was to slash a third of its 32,000 European workforce, mainly in Germany.

The strike continued for a week until last Thursday. And it triggered a solidarity day of action across much of Europe.

The Bochum action alone has led to a shortage of parts in other GM European plants, which are part of an integrated “just in time” production system.

The spontaneous action created a feeling of “elation”, according to one Bochum worker.

Oskar, who works at DaimlerChrysler in Bremen, said, “There is a lot of sympathy for what the Bochum workers have done. It is the kind of action everyone facing job losses should take.

“Instead we are seeing an increasing trend of the unions agreeing to sacrifice conditions, such as the 35-hour week, in the hope it will stave off job losses.”

It has voiced opposition to the job losses, but it is in the middle of driving through harsh neo-liberal policies that make mass redundancies more likely and is slashing a once generous welfare state.

“There was pressure from government ministers on the unions to end the strike,” says one Opel worker.

Representatives of the IG Metall union and the plants works council intervened strongly at a mass meeting last week to call it off. That has left deep bitterness among the workforce at Bochum.

Uli Schreyer has been a shop steward at Bochum since 1987. He said of the mass meeting, “I have never before seen such a meeting. The union tops were allowed to speak, but we were not given the microphone from the floor.

“We had the support of the general population, but the unions and works council worked against us. But we have shown we have got the power to stop job losses. GM is vulnerable to action.”

And shop steward Andreas Felder said, “We said clearly that we wanted to take over the negotiations. A plant leadership that could be so undemocratic as to ignore that should resign.”

Union leaders in many parts of Europe felt under sufficient pressure to call a protest last week. There were walkouts at GM plants, but no action took place in Britain.

“It was right to go on strike, even though it was illegal,” says one Opel worker. “We’ve learnt that lesson. Why don’t the leaders of all the unions?” 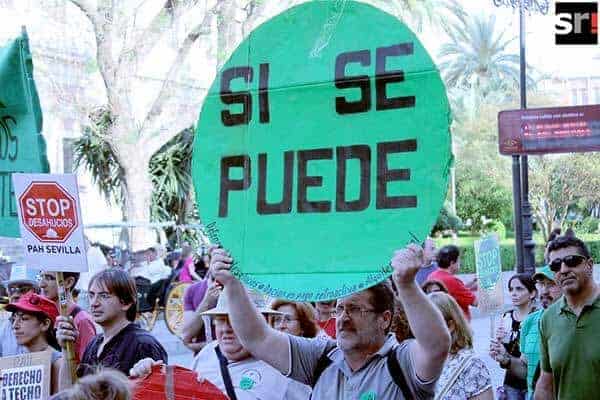