France is in revolt against its government. Hundreds of ­thousands of Yellow Vest ­protesters took to the streets last week—and workers struck across France on Tuesday.

It followed days of repeated mass protests, including a student climate strike of around 168,000 people last Friday. The next day the “March of the Century” over climate chaos saw up to 350,000 come out onto the streets.

At the same time thousands of people joined solidarity protests with the Algerian uprising.

The Yellow Vest protests saw a sharp increase in numbers from the ­previous week and several thousand marched against racism in Paris last Saturday.

These protests are not all directly related to each other, but people are forging links.

Several Yellow Vest demonstrations began with a minute’s silence for the Muslims murdered in Christchurch, New Zealand, last week. And groups of Yellow Vests went on the March of the Century.

The slogan, “End of the world, end of the month—same fight,” was popular.

It meant that people fighting climate change and workers struggling to make their wages last a month share a common cause.

“It was incredible to be in Paris last Saturday,” teacher Nicole told Socialist Worker. “Everywhere you looked someone was demonstrating.

“It’s a revolt, not as class-based and powerful as we might like, but it’s a tonic, a reassertion that ­ordinary people can resist.”

All the protests have intensified the pressure on neoliberal president Emmanuel Macron. He tried to show his contempt for protesters by heading off to a ski resort in the Pyrenees for the weekend.

Macron was pictured smiling broadly and pouring drinks for his friends. This did not look so clever as reports came in that Yellow Vests had smashed their way into dozens of luxury stores on Paris’s ­Champs-Elysees street.

Protesters targeted the Hugo Boss and Nespresso stores and the Le Fouquet’s restaurant, which is ­popular with the wealthy and ­powerful. A branch of Tarneaud bank was engulfed in flames.

Police responded with their ­habitual violence against all Yellow Vest protesters and made nearly 250 arrests.

Macron hurriedly cut short his trip and returned to the capital for a crisis meeting with ministers. He sacked the Paris chief of police, but the main push was more repression.

The authorities have announced a ban on further demonstrations in parts of Paris, Bordeaux and Toulouse if “radicals” are present.

The tirades against the Yellow Vests are encouraging personal violence towards the movement’s ­high-profile figures.

Eric Drouet, a leading Yellow Vest, had his house and car attacked on Monday.

Macron is desperate and ­lashing out—but bringing the struggles together can defeat him.

‘We have power to force out arrogant president’, say strikers across France

The national day of union action on Tuesday saw strikes and 120 demonstrations take place across France.

They were called by three trade union federations and the students’ and school students’ unions.

The CGT union federation said 350,000 people joined the demonstrations, slightly up on the numbers who took part in a similar mobilisation in February.

The strike was popular. One survey at the beginning of the week found that 73 percent of people thought the action was justified.

Henri, a hospital worker from Nice, told Socialist Worker, “People are out because of the attacks on the health service, but also for many other reasons.

“I work with Arab people whose families came from Algeria.

“They were waving a little Algerian flag on the demonstration because they wanted to show their support for the revolt there.

“And several of us are part of the Yellow Vest movement. We welcomed our fellow Yellow Vests who are not in unions on to the demonstration too.”

He added, “There’s such a feeling for action. 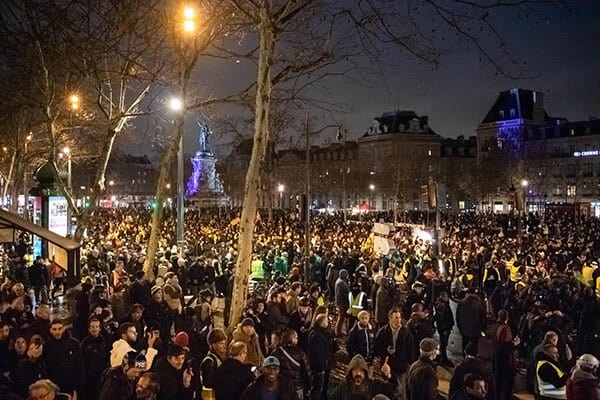 “Macron is so arrogant and the rulers are attacking each other. I feel we could get him out if we were together.”

There was plenty of class anger on the demonstrations.

In Rouen in Normandy marchers chanted, “Tax profits and make the bankers pay,” and, “Macron, you’re screwed, workers are in the streets.”

Alice, a catering worker from Lille, told Socialist Worker, “Some of us are striking at my factory, some not. But everyone is positive towards the strike.

“It would have been bigger if the unions had done more.

“There is still a sense of going through the motions when a strike is built, but it’s very good to be striking.”

It’s possible for the strikes to go further.

The pressure for the unions to make even token noises came from below.

It involved workers demanding action, and calls for an “unlimited general strike” from Yellow Vest general assemblies in places including Rouen, Ales and Lille.

All these links can develop further—and there are some rank and file initiatives.

Rail workers in Paris last Saturday made a big push to welcome Yellow Vests to stations for discussions and refreshments.

They marched behind a banner saying, “Rail workers and Yellow Vests, together we derail Macron. 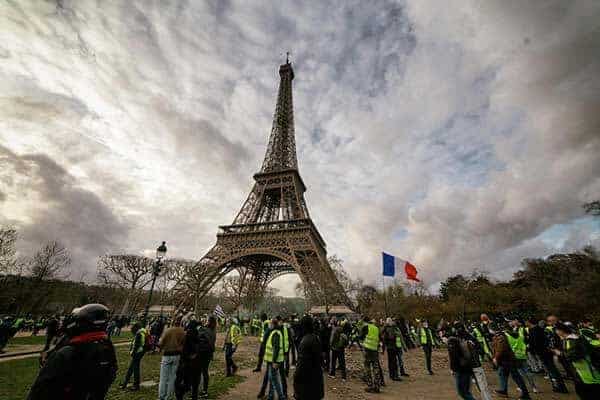 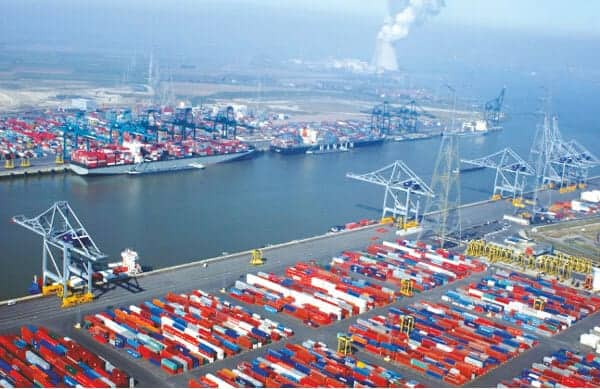 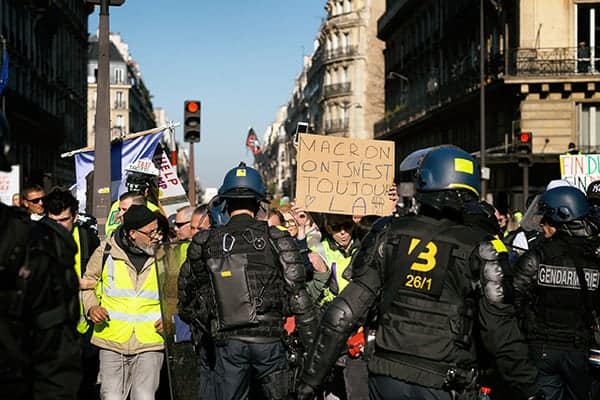