This article is over 10 years, 4 months old
Clashes between protesters and anti-government forces in Yemen left more than 60 people dead on the streets of the capital, Sana’a, last Sunday and Monday.
By Ken Olende
Downloading PDF. Please wait...
Tuesday 20 September 2011

Clashes between protesters and anti-government forces in Yemen left more than 60 people dead on the streets of the capital, Sana’a, last Sunday and Monday.

The military shelled, machine-gunned and fired at least three missiles into the opposition camp in Change Square—the equivalent of Tahrir Square in Egypt.

Yemen’s radical opposition faces the difficulty of many divisions in the country that have overshadowed strikes and protests. Now it is in danger of being sidelined into a purely military conflict.

The US government has called for a “peaceful and orderly transition in Yemen”. It seems to have forgotten the role the US played in creating Yemen’s crisis. Both the US and Saudi Arabia have bombed the country as part of the “war on terror”.

The revolt began alongside the uprisings in Tunisia and Egypt. Activists occupied Change Square demanding that dictatorial president Ali Abdullah Saleh step down.

Saleh continually delayed saying when and if he would step down. But he left the country for medical treatment in Saudi Arabia after he was injured in an attack on his compound in early June.

Yemen’s constitution allows the vice president to rule for up to 60 days. But Saleh still clings to power long after that deadline passed.

His family members still control elite units, like the Republican Guard, from the presidential palace.

Negotiations with the opposition ground to a halt in Saleh’s absence. He issued a decree on 12 September allowing vice president Abd-Rabbu Mansour Hadi to negotiate a transition deal.

Protesters from Change Square marched through the centre of Sana’a last Sunday, demanding an end to the stalling and an immediate change of government.

They were met by gunfire from forces supporting Saleh, which killed at least 22 people and injured 350.

General Ali Mohsin, who defected from the regime in March, then moved rebel military forces with him to fight the government in Sana’a.

Many opposition activists had returned to Change Square as a place of relative safety from government attack before the shelling began.

In the southern city of Taiz, four more people were killed and 40 others wounded in clashes on Monday. 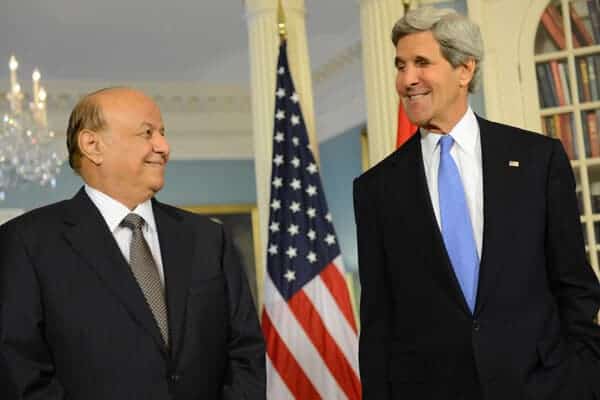