The World Health Organisation declared a global emergency on Monday of this week over the Zika virus epidemic spreading through Brazil and neighbouring countries.

The mosquito-borne disease is expected to infect up to four million people this year. Most will be symptomless, making it harder to track.

Doctors suspect Zika infections in pregnant women are to blame for a spike in newborns with birth defects.

Zika may also be linked with rare nerve disease Guillain-Barre syndrome which can cause paralysis.

The worst affected regions include many poor areas where access to healthcare is more limited.

Brazil’s government has deployed 200,000 soldiers to knock on doors giving health advice. This includes removing anything that could collect water where mosquitos could breed.

Governments across the region are handing out advice to women urging them not to get pregnant.

Abortion is banned in El Salvador, Nicaragua, Chile and the Dominican Republic. It is virtually banned in Brazil and Columbia.

No cure or vaccine exists, and research has been limited. Firms say this is because until now Zika was only associated with relatively mild symptoms.

But this is only part of the reason.

Mosquito-borne diseases are among the world’s biggest killers. Yet cures for them offer little profit because they overwhelmingly affect poor people.

The reason Zika is now becoming bigger business is fear that it could affect tourism and the coming Olympics—and spread to the southern US.

A warmer climate, boosted by this year’s El Nino weather pattern, is extending the mosquitos’ reach.

A vote for change

Bank workers in the frontline of new strike wave 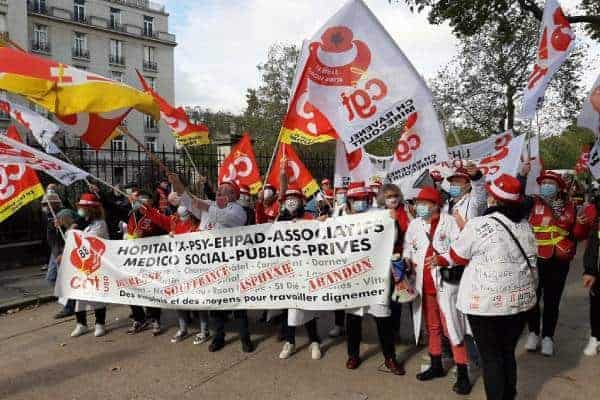