Zimbabwe eyewitness – ‘The government has declared war on its citizens’

Monday 14 January to Wednesday 16 January saw the biggest total shutdown of business in the history of Zimbabwe. Workers and poor people heeded the call by the ZCTU union federation against the huge increases in fuel prices and the government’s austerity measures.

There were angry demonstrations and businesses were forced to close.

In Highfields most people decided to support the stayaway and joined demonstrations to the central business district.

In Epworth people marched towards the centre of town, although both here and in Highfields they were blocked by police.

In Epworth there were vicious running battles between police and the people. The police were overwhelmed in the first round. Angry protesters burnt police cars.

In other Harare townships such as Mbare, Chitungwiza, Kuwadzana, Mabvuku and Dzivarasekwa the same attacks on police took place.

In Bulawayo townships like Entumbane, Mpopoma, Njube, Makhandei, Matshobani and Nketa saw similar events with shops that had refused to close looted.

The shut down spread like wildfire all over Zimbabwe. The strongholds of the ruling ZANU-PF party such as Bindura and Gokwe joined the shutdown.

This near-insurrection panicked the junta, which responded with extreme violence. First the internet, the organising tool of the protesters was shut down,

Soldiers and police were deployed in townships. People were shot at, beaten and many arrested.

The ZANU-PF militia were mobilised to terrorise people. Dozens have died, including children. 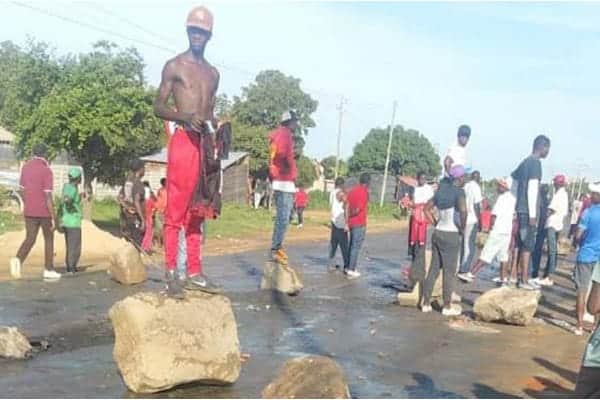 Revolt in Zimbabwe against austerity and dictatorship
Read More

There are strong rumours that the soldiers are divided, with some showing support for the protesters.

But in most places they harassed and attacked people.

Many young people who protested have been tortured. Judicial terrorism is being unleashed.

One protester who burnt tyres has been given a five year jail sentence. Others are facing treason charges.

More than 800 people are awaiting for the verdict of the courts. People are devastated that the government has declared war on its citizens.

None of the economic factors that led to the uprising have been addressed.

The desperate regime has promised to raise salaries by 22 percent. But the fuel price rise remains and that means the cost of transport and of basic goods has soared.

All of this creates the potential for another stayaway, and people are ready to move. But there is a serious lack of leadership.

The opposition Movement for Democratic Change is refusing to throw itself into the movement and its resolution is to hold negotiations that could lead to a “government of national unity” with the vicious regime of president Mnangagwa.

Members of the Socialist Revolutionary Workers Party (the new party being launched by the Numsa union) in South Africa have held demonstrations in solidarity with the protests in Pretoria and Cape Town.

The only way forward is smashing the system of capitalism which breeds poverty, misery and dictatorship in the first place, and to fight for socialism.

The world is at a crossroads. We have seen serious crises across the globe. We need revolutionary socialist parties everywhere. 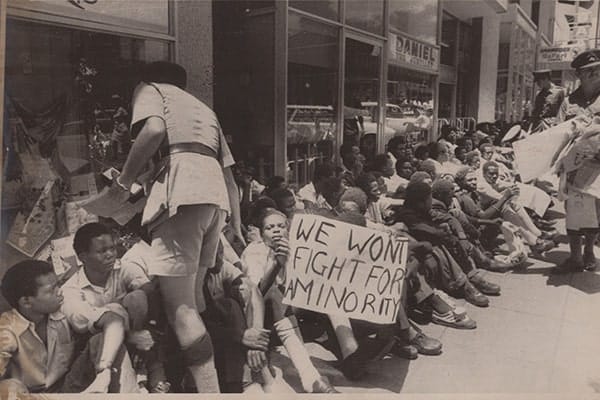