This article is over 19 years, 10 months old
WITH BREATHTAKING gall, George W Bush last week declared that the election in Zimbabwe was a \"flawed process\". He added, \"We do not recognise the outcome of this election.\" Only a man as stupid and arrogant as Bush could criticise the vote a year after he stole the US presidential election.
Downloading PDF. Please wait...
Saturday 23 March 2002

WITH BREATHTAKING gall, George W Bush last week declared that the election in Zimbabwe was a ‘flawed process’. He added, ‘We do not recognise the outcome of this election.’ Only a man as stupid and arrogant as Bush could criticise the vote a year after he stole the US presidential election.

British home secretary Jack Straw also condemned the election. Yet Straw has no problems with the regimes in Tanzania, Uganda, Zambia and Malawi-all of which are there because of rigged elections. Britain is certainly not demanding that the rulers of Saudi Arabia or Afghanistan demonstrate their popularity through ‘free and fair elections’. Bush and Straw are not the only hypocrites.

The Commonwealth’s condemnation of the Zimbabwean election was read out by Nigeria’s Abdulsalam Abubakar. He was the military dictator of Nigeria from 1998-9. During that time he kept his rival Abiola in prison until he died. Mugabe certainly did kill, torture and cheat his way back to power. But that does not fully explain the vote. Mugabe’s vote actually went up in the rural areas.

That is a consequence of the opposition Movement for Democratic Change (MDC) lining up with white farmers against land redistribution. Even in Harare, a stronghold of the MDC, its vote fell in many areas as some workers sensed that the opposition had moved catastrophically rightwards. The main exception was the Highfield constituency in Harare, where the MDC vote rose by 10 percent.

Highfield’s MP is Munyaradzi Gwisai. He is a socialist and a member of the International Socialist Organisation. Mugabe posed as standing for ordinary people against the IMF, the West and the white landowners.

In fact privatisation and handouts to the rich have marked his rule. He got away with fake leftism because the MDC was so much in the hands of the bosses and Western interests. Mass pressure forced the MDC to call a stayaway strike this week, but it wants to limit any action. A leaflet from the International Socialist Organisation distributed at the start of this week says: ‘We cannot accept Mugabe ruling us for another six years. He is already trying to please his real masters, the IMF. Price controls on bread, cooking oil and electricity are soon to be lifted. The problem is that the leaders of the opposition and the labour movement are failing to give direction.’

ON THE same day that Zimbabwe went to the polls, another election was taking place a few hundred miles away in the Republic of Congo. Denis Sassou-Nguesso was ‘triumphantly re-elected’. This was hardly a surprise, as the process was so fixed and so corrupt that the two main opposition candidates had withdrawn.

Congo’s economy is dominated by oil. French company Elf controls the oil. Nguesso’s first presidential move was to cut oil taxes by a third. Not a single Western country has complained about the Republic of Congo’s lack of democracy. 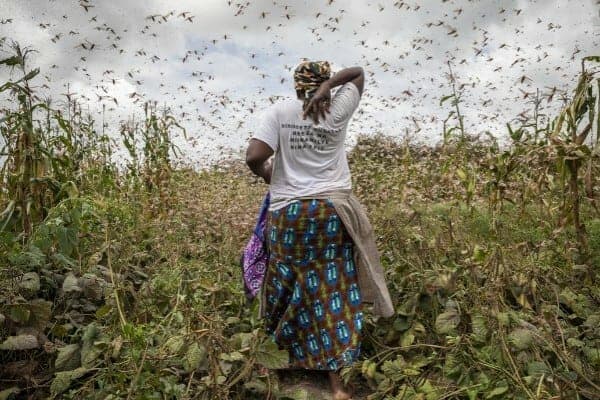 Masses vote for change in Kenya