This article is over 13 years, 7 months old
Zimbabwe’s government is sanctioning attacks on the opposition in the run-up to the country’s presidential election on 27 June.
Downloading PDF. Please wait...
Tuesday 03 June 2008

Zimbabwe’s government is sanctioning attacks on the opposition in the run-up to the country’s presidential election on 27 June.

Opposition rallies have been cancelled, and activists physically assaulted and killed.

The Harare offices of the International Socialist Organisation (ISO) – the Socialist Workers Party’s sister organisation in Zimbabwe – were raided by police on Thursday of last week.

The police searched the offices and took documents and lists of supporters.

ISO member Tafadzwa Sando said, “With the current crackdown it is most likely that they are going to be back.

“We are worried they might arrest us the same way they recently arrested ZCTU (Zimbabwe Congress of Trade Unions) leaders.

“The regime wants to intimidate people from voting for the opposition.

“Already we have witnessed more than 40 deaths of opposition members.” 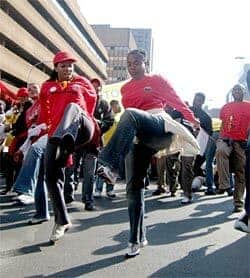 Biggest strikes in South Africa since the end of apartheid 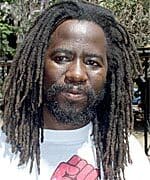 Repression fails to crush our resistance in Zimbabwe