Did he really say ‘It’ll be over by Xmas’?

This article is over 17 years, 2 months old
Tony Blair promised the Black Watch troops serving in Iraq last week that, even if they are sent north, they will still be "home by Christmas".
Downloading PDF. Please wait...
Saturday 30 October 2004

Tony Blair promised the Black Watch troops serving in Iraq last week that, even if they are sent north, they will still be “home by Christmas”.

That’s what politicians told the soldiers that they sent to their deaths in the First World War. Far from being home by Christmas, the war took four more years before the slaughter was brought to an end—by revolution and mutinies.

The families of serving Black Watch soldiers have been expressing disquiet about the redeployment in the Dundee press.

The press have given much space lately to the campaign to “Save the Black Watch” from disbandment.

Old soldiers of the Black Watch have been petitioning on the streets of Dundee and Perth.

We have been on the opposite side of the street, petitioning to stop the war and the occupation of Iraq. Some who signed the “Save the Black Watch” petition also signed Rose Gentle’s petition to bring the troops home.

I think the young soldiers of the Black Watch are more worried about getting home than what cap badge they might be asked to wear.

If Blair and Bush have their way then the Black Watch will simply be used as pawns in the battle to allow the US to crush resistance in Fallujah. The consequence of this is frightening to contemplate, given the hundreds of dead women and children the last time they attempted it.

Tell Blair—no redeployment of the Black Watch. Save their lives and the lives of Iraqi people by bringing them home now.

Apparently it has become strategically important to provide more British casualties for President Bush so that their deaths can be used as propaganda in his bid for the presidency in the United States.

Pound for pound, it’s generally agreed that dead English soldiers will be good for Bush’s re-election. The Republican Party in the US is waiting for the first casualty reports in order to broadcast evidence of the willingness of others to die for the “transformational power of liberty”.

In some respects it’s understandable that a great many pro-war MPs are concerned for the safety of British forces should they be relocated to a known troublespot in the south of Baghdad.

The new troop deployment will expose our service personnel to grave danger.

But hold on a minute—haven’t these right honourable gentlemen, who are now having doubts, already taken the decision to take us to war?

Parliament has already chosen the fate of our service men and women, and now seeks to minimise the impact of their monumental misjudgement without ever confessing to it.

It must be pretty uncomfortable being stationed in the Gulf knowing that your destiny is in the hands of those who wander the halls of Westminster reciting tongue twisters like, “I feel it was right to go to war in Iraq, but not Baghdad.”

Truth put to the sword

HENRY FORD is reputed to have said, “History is bunk.” A lot of it is, but what a bloody charnel house and a long record of lies, deception and mass death.

The slaughter of men, women and children has been concealed by military and religious hypocrisy. For 7,000 years the rulers of countries—large and small—have withheld knowledge, and used religions and superstitions to brainwash men to provide cannon fodder.

The whole concept of Bush’s terrorist campaign is trading on nationalist fears and reactions to misguided violence. The US has developed military actions, for years interfering in the internal affairs of other countries.

All armies from Biblical times have slaughtered, raped and burned men, women and children. They have put cities to the sword and, when it suited them, tried to conceal their criminal activities.

History is bunk when governments erase knowledge and sanitise the unpleasant facts to deceive the people into providing cannon fodder for future wars.

Don’t give us an E

I THOROUGHLY enjoyed reading “The Great Supermarket Rip Off” (Socialist Worker, 9 October), as it shows how these giant corporations monopolise the food industry by forcing small shops out of business.

I was disgusted to learn that Tesco made £882 million profits, £26 million of which was taken by the eight men who run the company. This sort of robbery should be stopped.

Workers who are sick should be paid in full.

The only health that Tesco is interested in is the health of its profits.

The cheaper products on offer are full of artificial additives (E numbers).

So the poor—who buy such items—are buying into an unhealthy diet.

After London, book up for the WSF in Brazil

THE EUROPEAN Social Forum in London two weeks ago was fantastic. We were the many—like-minded, wanting action, joining forces. The confidence and, for me, sheer joy to be gained from linking with thousands of comrades was extraordinary.

For the future, the involvement and contribution of the trade unions is particularly valuable.

The demand for change is building from below, and the social forum process offers ordinary rank and file workers the opportunity for full participation.

We must take the ideas and the organisational forms of the social movement back into workplaces and union branches.

The World Social Forum (WSF) takes place in Porto Alegre, Brazil, from 26 to 31 January 2005. Last January’s WSF in Mumbai, India, was vibrant, powerful and at times overwhelming—with trade unionists from across the world joining together with anti-debt and environmental campaigners.

Every trade union activist should ensure there are delegations from your union to Brazil. Workers’ union subs could not be better spent.

Activists should ensure it is not just the union leadership who go, but regional and branch delegates from workplaces who can feed in the experience of neo-liberalism and Britain.

We can also feed back the power of the movement and strategies for the fightback.

The story behind Picasso’s Guernica

SOCIALIST WORKER’S front page last week was an inspired use of Picasso’s masterpiece Guernica. This immense canvas was painted as an outraged protest against atrocities carried out by Hitler’s air force on behalf of Franco’s uprising in Spain.

The name of this small Basque town has come to symbolise the barbarity of fascism in the Spanish Civil War.

In April 1937 Guernica’s civilians were massacred from the air. The latest technology of death—incendiary bombs and high explosives—rained down on unprotected people for three hours. Over 1,600 people were killed or wounded.

The power of Picasso’s painting comes from the way it articulates the agony of Guernica.

It was an immediate response painted in stark black and white, like the press photographs of the attack that horrified the world.

But it is not just about victims. It is also about the determination to resist the powers that carry out these acts.

Its message endures to this day, as the children of Fallujah are as surely torn to shreds by American bombs as were the children of Guernica by Hitler’s. Picasso’s genius is still needed, and still with us.

the European Social Forum in London gave us a good opportunity to talk about the Palestinian situation, especially the workers’ situation.

We hope that we can continue our excellent work with our friends in Europe, and all over the world, to struggle against war and for a better world—a world full of peace and justice, and social protection for our workers.

I hope that we can organise a workers’ social forum as soon as possible, and a meeting for unions from Europe and the Middle East to talk about the forum.

It would be good to send delegations of our European trade union friends to Palestine. And we could invite workers from the Palestinian General Federation of Trade Unions (PGFTU) delegation to Europe.

They could talk about the workers’ situation and the need for sanctions on Israel.

How to tackle climate threat

The evidence that this poses a terrible threat to the whole of humanity—and particularly to the world’s poor—grows stronger and stronger.

I agree with Mzimasi that the left needs to raise its profile on this issue.

We need to develop a programme of concrete demands and proposals which focus the blame for global warming where it lies—on big business and the system.

Demands such as a stiff tax on all carbon emissions by big business, massive investment in renewable energy like wind and solar power, and a decent cheap and planned system of public transport should become the common property of the movement.

I attended the ESF session on racism and fascism, and was astonished to find the stage occupied by a bunch of masked people who claimed to be protesting against Ken Livingstone.

If they had chosen the recent New Labour conference for their egotistical and elitist outburst I would not have been bothered. But to disrupt a unique opportunity for activists from across Europe to discuss and organise against fascism is unacceptable.

My voice was silenced

I WAS absolutely horrified at what took place in the meeting on fighting fascism at the recent European Social Forum in London.

Many relatives on my mother’s side experienced the Nazis at first hand during the Second World War.

I now live in an area of Essex where a fascist councillor has been elected—so the meeting was of significant importance to me.

Being only five feet tall, I did not have the stature to get heard from the floor, so I made my way to the stage.

Once there I tried to express why I thought that the meeting should be allowed to go ahead.

I was physically pushed off the stage by two tall white males and told to “fuck off” because they “didn’t care”.

My right to have a voice had been taken away. As a youth worker I brought a group of young people to the ESF who were equally horrified with the events.

My union colleagues were shocked that an anti-fascist meeting had been broken up. 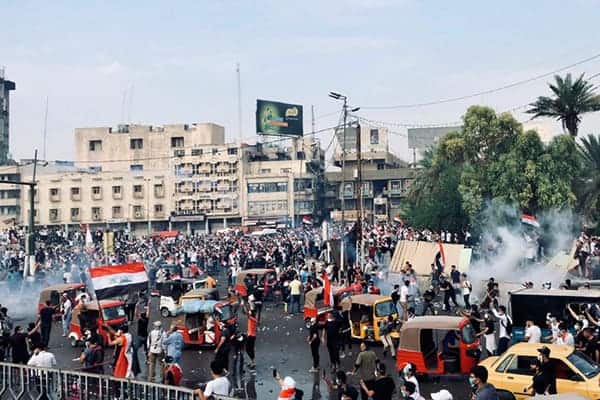 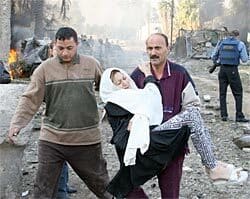