Fighting for the rich

This article is over 17 years, 4 months old
I AM from what can be called an army family. Three generations of my family fought for this country. Two grandfathers took part in the carnage called the First World War.
Downloading PDF. Please wait...
Saturday 28 August 2004

I AM from what can be called an army family. Three generations of my family fought for this country. Two grandfathers took part in the carnage called the First World War.

Their reward was starvation, and the discovery that living in a land fit for heroes meant being threatened by a Labour government with a means test.

Blair is a traitor to those poor bastards who voted Labour. He is sending working class lads and lasses from the dole office into a war for his bloody pride and arrogance.

I am 53 years of age. I remember my grandad telling me about the dole, and how the ex-soldiers were spat at and treated with contempt by the rich that they had defended at home.

He told me how upper class idiots got commissions and sent young boys to die for a bit of mud and trench.The British army was described as lions led by donkeys, and times have not changed.

Come on Tony, get that son of yours into uniform and out to Iraq—and don’t expect the working class to vote for you and your policies again.

People are right to call you Bliar. I sincerely hope that at the next election you and your party will be out, and all the place seekers with you.

I hope you will not be allowed to forget that you have handed down death sentences to our young and innocent who only wanted a decent living and a good job. They got death and fought a war for oil.

Echo of ’89 in German demos

MASSIVE PROTESTS are taking place against the attempt by the Schröder government in Germany to push through “reforms” of the welfare system.

The aim is to do in 18 months what it took Thatcher, Blair and Co over 25 years to do in Britain,

In addition, 800,000 people now receiving benefits will receive nothing under the new scheme. Even children’s savings books, and pensions, must be plundered before families receive benefits.

Over recent weeks, despite the summer holidays, tens of thousands have been demonstrating every Monday in eastern Germany, consciously copying the movement in 1989 that toppled the Stalinist regime.

Last week about 200,000 took to the streets, and the movement has started to spread to areas of high unemployment in the west.

There is also a political dimension to the crisis. In the European elections the SPD lost about half of its votes compared to the last federal election. In Chemnitz the Nazi Republikaner got 11 percent in local elections.

But there are also moves to create a new left wing party. The initiative has grown out of the coalition that organised the big demonstrations in defence of the welfare state earlier this year.

Einde O’Callaghan, co-organiser of the Monday demonstrations in Chemnitz

IT HAPPENS this time every year, and I wonder if it is only me who notices the pattern—exam results are announced and the government gloats that its reforms have helped students achieve their best.

Then the right tells us that qualifications now aren’t worth the paper they are written on.

We are promised shake-ups and reviews. But nothing happens and we carry on as normal until next year, when it all happens again.

Firstly, has anybody actually asked the very people who are affected by these “changes” we are promised—the students? Certainly when I was at sixth form (not a long time ago) I was never asked whether I thought my A-levels were a waste of time, or if I was overworked.

In my opinion, the workload at GCSE and A-level is fairly heavy, with a common mantra from university students being that their degree work is a lot less strain.

Secondly, is anything actually going to happen this time? The buzzwords seem to be “baccalaureate” and “vocational GCSE/A-level”, but all it seems to be is hot air. I would welcome an expansion of vocational education, as I believe that education should be a stimulating experience for the student.

Consult and engage with students—otherwise fewer will see the point in education.

THE TUC has at last admitted that stakeholder pensions are useless to the income group (£10,000-20,000 a year) they were supposed to benefit. They are largely a racket for the really well off to buy a pension with tax breaks for their grandchildren—or almost anyone else.

It is the sheer level of incompetence—combined with any doubt or discretion being exercised in favour of the private finance sector—which is so striking a feature of the TUC (and some of the left too) over pensions.

THE TRUE face of neo-liberalism and its effects on developing nations are clear to see in Cambodia.

A recent study released in Phnom Penh showed that a third of the population live on less than the equivalent of 40p a day, and half the children under five are below a healthy weight.

The report also shows that the gap between the rich and the poor is growing.

The Cambodian government has so pleased the international ruling class that the country’s membership of the WTO, agreed in 2003, is likely to be ratified by September of this year.

For the majority of the country’s population this means further exploitation and hardship.

The World Vision NGO recently highlighted the working conditions on the industrialised farms in Battambang province.

Boys as young as ten are pressured into taking amphetamines to prolong the working day.

In the town of Siem Reap 209 workers at Raffles Hotel have taken strike action in solidarity with their workmates in Phnom Penh.

Talking to the workers here, there is a sense of bitterness.

But there is also a mood of optimism among those who have followed political developments in recent years—such as the World and Asian Social Forums.

Even in a country where the hardships of everyday life are very real, and where people are still recovering from a nightmare political history, there is a sense that another world is possible.

THANK YOU for highlighting the case of Babar Ahmad, the British political prisoner who faces extradition to the US under “anti-terror” legislation (Socialist Worker, 14 August).

The family of Babar Ahmad wish to express their heartfelt thanks to everyone who has written letters of support to him. Babar says he has received over 50 letters in the past week.

Your letters did much to boost his morale and lift his spirits. They are vital to keeping him strong in the coming months.

Babar asks people to continue to write to him regularly, whether Muslim or non-Muslim, young or old, male or female, those who know him and those who do not.

We must not let this matter fade away as the weeks or months pass. If you would like to receive a reply from Babar then please enclose a stamped, addressed envelope with your letters.

Are you all really lovin’ it?

IN APRIL of last year I read the book Fast Food Nation by Eric Schlosser. It was brilliant.

Since completing this book I no longer eat ANY form of US fast food, from McDonald’s to Subway.

This is not only due to the unhealthy content of the meal, but also the political and social injustices that go on every day due to large corporations.

However, I am a student of politics and, although my fellow students claim to be left wing and “socialists”, they continue to visit these chains knowing full well the goings-on of these McFuck companies!

How can they call themselves socialist? Am I being too serious?

From an Iraqi living in UK

I AM an Iraqi and recently arrived in Britain.

Socialist Worker’s stand against the war on Iraq, and the mobilisation of decent people who took to the streets against the war and the occupation, are landmarks in international politics.

The resistance to the occupation is growing in spite of the hardship suffered by the Iraqi people and the brutality of the occupying forces.

Thank you for your support.

Back Chavez, a revolutionary

MIKE Gonzalez (Socialist Worker, 21 August) has a few warm words for Hugo Chavez but then goes on to raise doubts about his politics.

Mike should spend more time raising support for the Chavez government, not joining with those who undermine it—however subtly.

The reality is that a great battle has been fought and won in Venezuela.

Chavez has mobilised a broad constituency against imperialism and in favour of social reform—in much the same way that Respect is trying to do. Chavez is an inspiration across the region and the world.

This is real revolutionary change. The working class in Venezuela must organise. But, alongside the unemployed, the landless and many other groups, its central role is to defend Chavez from his right wing enemies.

Socialists in Britain should do the same.

“HOPEFULLY FROM this day on Washington will respect the government and the people of Venezuela.”

That was Hugo Chavez’s message as he celebrated his victory in the recall referendum in Venezuela on Sunday. But it’s some hope.

All socialists should be celebrating this victory. A regime that has delivered substantial health and education benefits to its very poorest has survived yet another attack by the Venezuelan rich and their allies in Washington.

But our side is seriously weakened by Chavez’s apparent faith that the right, and their friends in the White House, will abide by the “rules” of civil society.

There are echoes here of the situation in Chile in the early 1970s. Allende made the mistake of restraining the working class in the hope that it would reassure the rich. All it did was to convince them of workers’ weakness. The result was a military coup.

You can vote, but do it right

MAINSTREAM media coverage of the referendum in Venezuela has really helped me understand the true meaning of democracy.

As I understand it, by voting the wrong way Venezuelans have shown that they are themselves the greatest threat to their own democratic rights.

I only hope Tony Blair has learned the lesson and cancelled the general election.

After all, what a crime against democracy it would be if the Beloved Great Leader was turfed out of office by mere ordinary people! 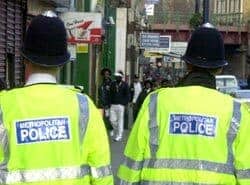