A recent court ruling could mean that councils won’t have to grant compensation to victims of abuse that they failed to protect.

I am a survivor of child sexual exploitation in Rotherham and I think this is a disgraceful decision by the judges.

We have every right to take legal action against the council.

We were beaten, kidnapped, trafficked, raped, failed, ignored, blamed and covered up—and we have the evidence to prove it.

I’d like to ask the judges, if it was one of their children would they make the same decision?

Councils are responsible for protecting children and vulnerable people. But the council failed us at every level and played a role in ruining our lives. They should be held to account and be charged criminally for what they did.

It will help give us some closure so we can try to move forward.

Being abused has ruined people’s education and work prospects. A small amount of money can help us with education, or even just a family holiday.

Everything has been such a fight. The discrimination we get as victims is horrendous and has to stop.

In Rotherham, we told them what was happening and we were ignored, blamed, called liars and slags.

We were told we deserved it.

Professionals even met abusers and helped them to avoid prosecution. They didn’t just ignore the abuse—they facilitated it.

We need to speak up and come together. I’m in talks about a campaign on this. I’ll also speak to government departments this month to get the decision overturned.

I won’t rest until it has been.

This ruling will affect my case and thousands of others. But I have been fighting the council since 2012 and I will continue to do so.

They’re trying everything in their power to make things difficult for us, but they need to realise we’re not going away.

NHS crisis is no shock

I’m not surprised at all to read the recent news coverage about the crisis in the NHS. I work in the health service and I’ve come to expect stories like this and the situations my team have to deal with.

I’m a community psychiatric nurse and I work with older people, a lot of whom have dementia.

A lot of problems our team deal with arise because there simply isn’t enough nurses or care homes.

It’s getting worse, partly because the beds in the homes are going to the people with the least challenging care needs.

We’re having people sit in hospitals for months on end. The homes get a choice of who they admit, and often they will pick those who have the least complex needs.

You can see the effects of austeriy in the mental health sector. The more depressed people are the more our services are needed. A lot of nursing and care homes are private, there’s no social services homes available.

The staff are pretty worn out—it’s getting to a point where they want to leave, staff positions aren’t getting replenished and nurses can’t afford to train. The NHS needs funding properly.

People like Richard Branson need to be stopped from taking out contracts they think are lucrative.

The health service needs to be renationalised and social care should be properly provided by councils. The private companies just want the least risk for the most profit.

My trade union of over 30 years is in a campaign to end the public pay pinch and rightly so.

Since the financial crash of 2008 my fellow GMB union members have endured wage freezes in most sectors at some point and meagre pay increases.

In November the regional secretaries awarded themselves a 7.2 percent (£5,000) pay increase on their salary—which already includes expenses! This smacks of hypocrisy of the highest order.

GMB’s members struggle along largely as a result of the behaviour of the City high flyers who crashed the banks in 2008.

But it is truly Orwellian to lecture the greedy bankers while trade union barons award themselves salaries our members could only dream of.

Boycotts are a crucial tool

The Guardian newspaper recently reported that that “Corbyn does not back Israel boycotts”. This will come as a huge

disappointment to many of his supporters who backed him thinking he supported Palestinian rights.

Boycott, Divestment and Sanctions (BDS) was called for by Palestinian organisations and deeply worries the Israeli government. There is a vast difference between the people motivated by fair values who side with the Palestinians and the political elite who are pro-Israel, including our last four prime ministers. Corbyn has a chance to break this mould.

It is the most effective solidarity action we can take. Time to back it, Jeremy.

The ‘lost’ national archives (Socialist Worker 3 January) is typical Tory behaviour. They cover their tracks but history will always be there.

Truth should be taught

I was not surprised to read that Britain turned a blind eye to Italian fascist massacres in Ethiopia (Socialist Worker online).

But the history of the British ruling class and their parliamentary servants is not taught in our schools enough.

Labour no place for right

I read with interest your expose on how Tory Universal Credit caused claimants misery at Christmas (Socialist Worker online).

I want Jeremy Corbyn to win. But Labour is full of Blairites and closet red Tories who once in power will call for another leadership challenge.

Pension not enough to live

I have been a Labour supporter since before I was made redundant at Blidworth Colliery.

My pensions are just £76 per week—but I cannot survive on that.

I hate the Tories—the situation is criminal and I think this government should be brought to justice.

My Labour council need to take a stand and stick two fingers up to the government and stop making cuts.

Vulnerable people are dying because they’re cutting services back so much. More notice needs to be taken of the working class and disabled people. 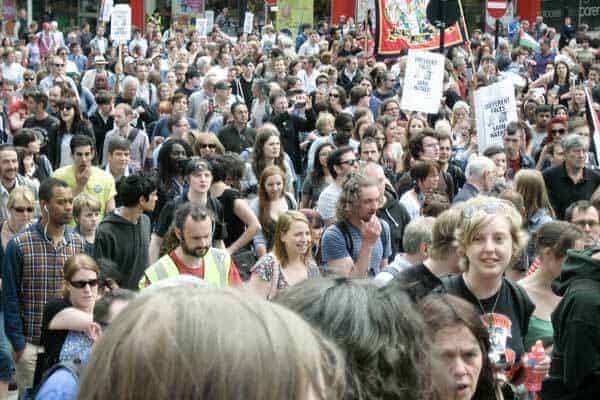 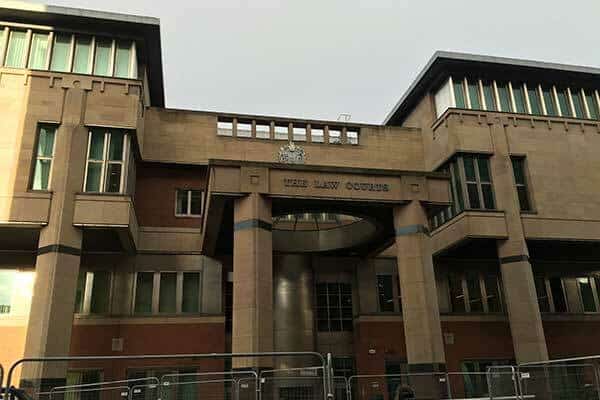