Letters: Organising can beat attempts to shut down Palestinian events on campus

As part of Israeli Apartheid Week I was asked to speak at events at universities in Liverpool and Preston.

Both events had been arranged for some months. But last week both Liverpool university and the University of Central Lancashire (Uclan) tried to stop the meetings.

At Uclan the meeting was banned as “unlawful”. The university claimed that the meeting fell foul of the International Holocaust Remembrance Alliance (IHRA) definition of antisemitism.

I was told by organisers in Liverpool that the meeting could only go ahead if I agreed to a university “risk assessment”.

It stated I had to write to the university and confirm my acceptance of the IHRA definition of antisemitism.

The IHRA adopted their working definition of antisemitism in 2015.

The definition is not really problematic but the “guide” to its interpretation is. It makes reference to 11 examples of things which are antisemitic.

Of these one is contentious. It states that it is antisemitic to deny “Jewish people their right to self-determination, e.g. by claiming that the existence of a state of Israel is a racist endeavour.”

This example is being used to try and shut down meetings about Palestine.

In Preston a local campaigning group stepped in to host the meeting. Over 60 people came along to defend free speech.

In Liverpool I refused to sign the IHRA document. Instead I sent an email noting my life long commitment to anti-racism and opposition to antisemitism.

This seemed to throw the university into confusion and they let the meeting go ahead.

These examples show the universities are not overly confident in this attack.

They are vulnerable to claims they are shutting down free speech.

If we organise locally we can push them back.

The current crisis in the NHS should come as no surprise with our current Conservative government.

When Labour proposed a national health service in 1946, the Conservative government voted against it 21 times. They’ve never liked the NHS and they never will.

Since 2010, the NHS has lost 15,000 beds and nursing students no longer receive bursaries—they will have to take out an ordinary loan to train.

This has inevitably reduced the number of people wanting to become nurses.

The bottom line is that you cannot trust the Conservatives with the NHS. In the words of Aneurin Bevan, they’re “lower than vermin”.

The cuts to our National Health Service have become clearer now that all local plans have finally been published. The Coventry & Warwickshire Sustainability and Transformation Plan details £267 million of cuts in our area.

There will be fewer hospital admissions, closure of maternity and paediatric units, the probable closure of A&E departments, and cuts to stroke care units.

The report also admits there will be fewer nurses and doctors as it plans to cut agency staff without any commitment to employ additional permanent health workers.

The government plans to save up to £22 billion through cuts to the NHS.

We must oppose them.

Why a mass movement is needed to fight back

The by-election results show that it isn’t enough to just talk about the crisis in the NHS.

We have to mobilise locally and nationally to defend it and at the same time carry an argument about “health tourism”.

Such campaigns, if large enough, would engage people pulled by some of the racism prevalent today.

But in the process this offers a chance of showing who is to blame not just in words but in deeds.

Labour has 528,180 members but has not called a single demonstration.

It is struggle which offers the hope of a better world.

A fightback would also expose the divisions within the Tories and put them on the back foot.

Hockney—a sycophant to the rich 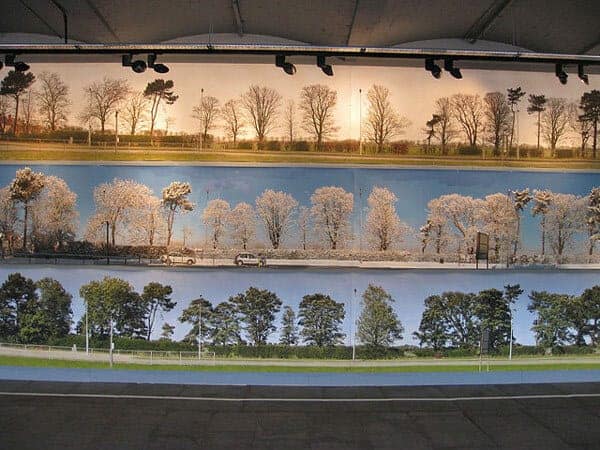 Yes, Hockney was a working class kid from Bradford whose dad was a communist.

But at the Royal College he groomed himself on the expectations of the super-rich art market. He knows the establishment and he knows how to work it advantageously.

He has always remained aloof from campaigns.

His art is inoffensive, brightly coloured and mind-numbing. It is opportunistic and populist.

It’s a sellout show by an artist who sold out long ago.

Labour needs to be a united party sharing common values and battles which should be won by landslides.

Angela Rayner should have a greater role. I’d kick Diane Abbott into the long grass.

That’s the only way we will win.

But if we want to defeat this wicked Tory government then Labour must be more “electable” to the general public.

Get the Tories out!

The cards are stacked against Corbyn—most of his MPs, the mainstream media oppose him. To get this far is amazing.

Come on JC you have asked them nicely and they won’t play. It is time to put on your hard face.

Bread, and Ritzes too

The Ritz Ballroom in Brighouse, West Yorkshire, opened its doors 80 years ago.

The future of the ballroom is now in jeopardy.

The Ritz Hotel in London is threatening legal action unless the music venue withdraws the word “Ritz” from its title by 28 February.

The Ritz Ballroom in Brighouse cannot afford to fight this legal challenge.

This truly is a David and Goliath story.

Paul Nuttall has been forced to choke on the lies he told in his attempt to get elected. Good.

I’d much rather eat pies than swallow Ukip’s lies.

Got a letter? Email [email protected]