I live in Mossley, near the Saddleworth Moor fire that raged for almost a week.

The fire made it look like a storm was brewing.

The smoke was so thick it blocked out the sun. We have had to close the windows and tape up the vents in the bathroom.

By the third day, we couldn’t see anything except smoke. Everything around us was yellow, and it smelled like wood burning.

It was really acrid and made me gag. Everyone’s been really poorly with upset stomachs, dry eyes and a dry feeling at the back of the throat.

At one point, the fire spread through peat and ignited near us—there were no firefighters. The fire station was at risk of closure a year and a half ago.

Most of the permanent staff were moved to a different station so the majority of firefighters are volunteers. They’ve been working 16-hour shifts and parts of the moor they have to climb are nearly vertical.

It took days to get reinforcements from the army.

People have been giving Manchester mayor Andy Burnham a lot of stick for not getting more support in sooner—but ultimately it’s the Tory government that is responsible.

The fires on Saddleworth Moor are not just the result of an unusually hot and dry June.

They reflect human actions. And we are seeing the effect of cuts in the fire service.

What might be able to—just— cover “normal” times becomes stretched beyond breaking point when the unusual occurs.

And environmental campaigner Guy Shrubsole points out the fire sites on the moor correlate closely with places managed for driven grouse shooting—rich people shooting at birds.

This “management” dries out the moor. The rich get us in every way.

Last month saw the 50th anniversary of the historic three-week Ford women sewing-machinists’ strike at Dagenham when 187 women came out against sex-discrimination in grading.

They were, moreover, were paid 85 percent of the male rate. They were soon joined by the 195 women working at Ford’s Halewood plant on Merseyside. The women had no previous experience of collective struggle and were apparently quite unprepared to take on the mighty Ford multinational corporation which, in 1968, had an annual budget greater than that of India.

But the strike brought Ford’s entire car production to a standstill. Two shop stewards – Rose Boland and Lil O’Callaghan – did a fine job of instilling confidence in the women given that the trade union side of the Ford’s National Joint Negotiating Committee were hostile, regarding negotiations and strike decisions as their preserve.

Rose Boland gave me an interview for Socialist Worker in September 1968 in which she stated that she’d “like to shake the liver” out of Labour prime minister Harold Wilson. But the women were vigorously supported by two men – deputy convenor Bernie Passingham, and convenor Henry Friedman.

The character played by Bob Hoskins in the 2010 film Made in Dagenham was based on Bernie.

But Henry Friedman was sadly written out of the film. He was a Viennese Jew who arrived in Britain in 1938 aged 13 on the kinder transport.

His family perished in the Holocaust.

He did a superb job of encouraging and supporting the women. Henry Friedman was an unsung hero who should be remembered alongside Bernie Passingham, Rose Boland and Lil O’Callaghan.

We need to obliterate sexism in the World Cup

Every four years the World Cup is heralded as bringing nations and people together. But despite these feelings of unity women are benched.

Its seems as though football is a man’s world with no place for female supporters, but this is not the case. There are plenty of women football fans who are equally as invested in this spirited competition.

However, they are often objectified. Or they suffer harsher scrutiny, such as women pundits being patronised. The media would have you believe that no women are interested in football at all. And women’s football is hardly ever shown on TV or covered in the newspapers.

Football should be a universal sport and it only seems right to stamp out sexism in the World Cup.

Will the UN tell the truth about austerity?

The United Nations is launching an investigation into poverty and human rights in Britain.

Apparently it’s going to look at the impact of the Tories’ brutal austerity policies.

My guess is that it will be discovering that ordinary people have suffered a lot.

After all, when the UN’s special rapporteur on extreme poverty went recently to the US he found the Trump administration’s attitude to the poor was driving “cruel policies”. It will be a similar story here with the weight of evidence of rising poverty, shattered public services and young people denied a proper future.

I welcome any such condemnations from the UN or anyone else. But will anything change?

It didn’t when the UN last year found the British government was failing to uphold disabled people’s rights.

This was across a range of areas from education, work and housing to health, transport and social security.

Harsh words, but the war on disabled people continues.

Information is useful but it has to be turned into activity.

Israel has machines of death

The Israeli government and the media are trying to persuade the world that Israel faces a new threat—from kites and balloons.

These are “weapons that are designed to kill,” according to an Israeli military spokesperson.

In fact they are a desperate—and innovative—response to the gross imbalance between the murderous Israeli state and those whom it oppresses.

Israel has all the latest and most sophisticated technology of death. Palestinians have slingshots.

The “threat” of kites is being used to develop further the Israeli killing machine. Dozens of Israeli firms joined a Paris arms fair earlier this month.

One Israeli website claimed that a new drone on display had been developed “to counter the threat posed by incendiary kites.”

Yet weeks earlier it had stated that the drone had been “designed for urban area warfare,” in which the “enemy is behind cover”.

Also at this arms fair were the rifles used during Israel’s recent massacres in Gaza.

Amnesty International has identified the Tavor, manufactured by Israel Weapon Industries, as likely to have been one of the main guns fired by Israeli snipers attacking Palestinian demonstrators.

This demonstration of murderous power is obviously thought to be a selling point.

Left support for Brexit is a mistake.

The EU is a bosses’ club, but that’s not why racists hate it. Most anti-racists oppose Brexit and we should unite with them.

Get it right on Grenfell fire

Firefighters are not to blame for Grenfell. True.

Individual firefighters did not fail to rescue people because they are racist. True.

Institutional racism was a big factor in Grenfell. True.

It’s important to recognise all of these.

How can we win Indyref2?

it’s good to read that there are large demonstrations in favour of Scottish independence (Socialist Worker, 27 June)

But I can’t see Theresa May agreeing to hold a second referendum on independence, even if the Scottish first minister Nicola Sturgeon can be pushed to call for one.

There will have to be very militant tactics to force the government’s hand.

Will the Scottish National Party lead them?

I very much doubt it. Instead they will seek to use the mood just to grab more votes.

MPs on the wrong flight

It doesn’t surprise me to see Tory MPs voting for a third runway at Heathrow airport.

But it’s gut wrenching to see some Labour MPs who campaigned at the last general election on a “for the many not the few” platform siding with big business against the local community.

It also displays the extent to which a handful of trade union leaders have got MPs over a barrel, and their lack of concern at pollution, noise levels and climate change. 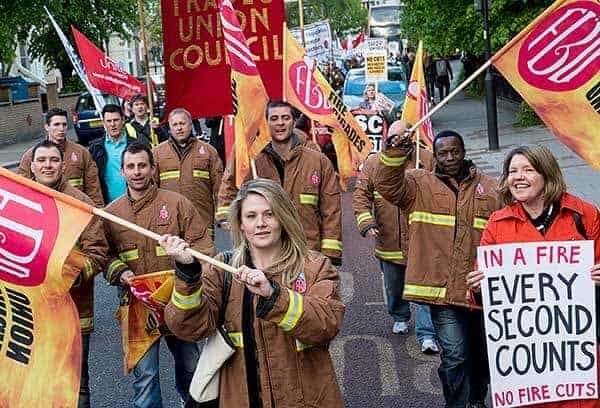 Tories’ fire cuts will cost lives—and they know it