Letters: Still up against racism

This article is over 20 years, 11 months old
A 1996 report into policing in Tottenham, north London, described how officers believed they were \"at war\" with the local community. Despite the promises made after the Lawrence report two years ago, that war is still going on. People in Tottenham are sickened by the continuing casualties.
Downloading PDF. Please wait...
Saturday 10 February 2001

A 1996 report into policing in Tottenham, north London, described how officers believed they were ‘at war’ with the local community. Despite the promises made after the Lawrence report two years ago, that war is still going on. People in Tottenham are sickened by the continuing casualties.

Last week an internal police report found that Delroy and Sonia Lindo had been the target of a vendetta by (unnamed) Tottenham police officers. The Met was forced to admit that Delroy was targeted because of his friendship with, and support for, Winston Silcott (himself a victim of injustice).

Delroy was arrested 37 times and charged with 18 offences ranging from ‘sucking his teeth’ to ‘threats to kill’. All charges collapsed in court. Officers also filed 52 intelligence reports on the Lindos over four years.

The Sylvester family are still campaigning to find out exactly how Roger Sylvester died, after being pinned down by eight (unnamed) officers.

If Roger had been the son of a rich white family, might we know a little more by now?

The ‘Broomfield Three’ were ambushed outside their school by thugs. But instead of dealing with the perpetrators, the police arrested the children, threw them into police cells and charged them.

The traumatised children stand accused of assaulting officers at least two feet taller than they are.

Why should the people of Tottenham put up with this persecution any longer? A public meeting, called by the local trades council, is to be held later this month to launch a fightback.

We are hoping it will be hundreds strong and will send a warning to the police, and complacent local and national politicians.
HASSAN MAHAMDALLIE, North London

I remember the Sun for Hillsborough

Although it is over a decade since the Sun printed its despicable rubbish about Liverpool football fans at Hillsborough, I still feel the same distaste for its opinions.

The tragedy of James Bulger is the Sun’s latest cynical target. With front page sensationalism it has pushed for what amounts to lynch law to deal with Jon Venables and Robert Thompson.

I don’t read any Sun interest in recent figures showing some of Europe’s most deprived areas are in Liverpool. I hear no sorrow over the job losses at Cammel Laird shipyard or the threat to Vauxhall workers’ livelihoods.

When the Sun attacks anonymity being given to the two boys, I see it as part of the paper’s history of cynical, reactionary reporting.
JOHN WHEARTY, Liverpool

The criticism of Paul Foot and Alex Callinicos for signing the statement on Palestine is misplaced (Letters, 3 February). They are right to stand alongside the other signatories in exposing the hypocrisy and cynicism of US and British policy towards the Palestinians.

Our leaders are culpable. They back Israel with vast supplies of arms and billions of dollars in aid. They have supported Israel against the Palestinians at every stage of the ‘peace process’.

We should condemn them for sitting on their hands in the face of the slaughter. And we need to place demands upon them if we are to focus opposition to their role.

We should insist they end their military, economic and diplomatic support for Israel’s war on the Palestinians. To abstain from such a condemnation would be to let them off the hook. The statement provides an excellent means to help mobilise support for the Palestinians.
ROB FERGUSON, South London

Did anyone watching the very moving Holocaust Memorial Day service notice three men in the best seats on the front row-Blair, Straw and Hague?

Every day these three people compete to be the hardest men in Britain on immigrants and immigration.

They have helped create an atmosphere of suspicion and hatred which gives comfort to every racist.
DEREK HANLIN, Porth

Keep this in our schools

In my school Holocaust Memorial Day was a useful starting point to raise discussions about racism, especially attitudes to refugees and gays. However, we have just discovered that the Holocaust has been removed from the GCSE history syllabus that we use.

The exam board, Edexcel, claim that they were forced to make the change because the government insists that 25 percent must be British history. When I argued with a chief examiner from the board that a modern world history syllabus must include the Holocaust, he told me that in his view it should be forgotten.

Although the Holocaust is supposed to be taught to 14 year olds as part of the National Curriculum, the time available is severely limited. Now instead of six weeks of detailed study GCSE students will be lucky to get an annual assembly on Holocaust Memorial Day.

This will suit our rulers. They are happy to see a sanitised version of history that says the Holocaust was a freak event caused by inherent racism in Germans. This means that those who run the system are free from blame. Any detailed study shows that death factories such as Auschwitz were the final stop on the deadly tracks of capitalism and imperialist war.
TEACHER, North London

Over 200 people packed Manchester town hall for the final rally in a week long series of educational and cultural events to ensure that the Nazi Holocaust is never forgotten.

All of those who died in the Nazis’ death camps, including the disabled, gays and lesbians, Roma people, prisoners of war and others, were remembered by the speakers.

The testimony of Holocaust survivors moved us all to tears. However, when Tony Lloyd MP tried to suggest a continuity between the Holocaust and the atrocities in Kosovo there was unease.

Labour justified its support for the bombing of Yugoslavia with predictions of mass graves and death camps run by Serbs in Kosovo. But after the war the UN inspection teams found none.

The real lessons of the Holocaust today were not lost on most who attended the memorial events. Many gave support to the stalls for asylum seekers, anti-deportation campaigns, drop the debt and CND.
MARK KRANTZ, Manchester

Today the Second World War is presented as a war to prevent the annihilation of the Jews. This was not the case at the time. Churchill and other MPs saw the war as one to defend Britain’s ‘national interests’-its vast overseas empire.

The British government played down the anti-Semitic nature of the Nazi regime. As late as 1943 it was reluctant to release Dylan Thomas’s short anti-Nazi film, These Are the Men, because it highlighted the ‘essential anti-Semitic and anti-socialist character of the German leadership’.

The government refused to allow Jewish refugees asylum in the UK in the 1930s. It is good to remember the past, but we must know the whole truth.
PHIL KNIGHT, Neath

Why save car factories?

I was asked by Socialist Worker sellers to sign a petition for the continued manufacture of vehicles in Luton. For the second issue running, the redundancies at Vauxhall have dominated your paper.

The motor car is responsible for 1,230,239 deaths per year through ‘accidents’ alone.

This figure is nearly five times greater than that for war, and does not account for the deaths caused by pollution from motor vehicles, which are between five and eight times greater.

The motor car is not yet the largest single contributor to global warming, but it soon will be, and its portion will continue to grow. We are in extremely deep trouble.

We should be looking for alternative uses for every car factory. Cars are arguably the greatest danger to our society, not least because of their almost universal acceptance.

Might I suggest that as socialists we have a clear responsibility to at least study the true costs of car manufacture and use?
STEVE KIDD, Pontefract

They forget to tell the workforce about major job losses, more part time workers, office closures, and the demand for increased productivity.

The Communication Workers Union should fight to halt this corporate takeover once and for all.
NEIL ROBERTS, CWU rep, Leamington Spa 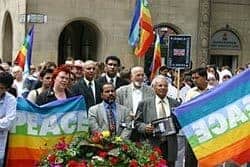 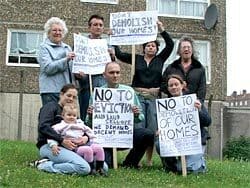