It appears that Jamie Oliver has stirred up controversy over his jerk rice recipe. Good on him.

All cuisines are a mirepoix of cultural influences and a mash-up of techniques.

Cajun food is famously derived from African and Native American ingredients cooked up by French refugees.

Lebanese cuisine (the best in the world, obviously) is a mix of everyone who ever invaded as well as those who found refuge there.

Is it cultural appropriation to add jerk seasoning to rice? No.

It is cultural appropriation when the Israelis claim that hummus is “Israeli”. Hummus is eaten by poor people across the Levant irrespective of their religion.

On a recent trip to France I came across “moules aux curry” (mon dieu!), pork tagine and a seafood tabbouleh without parsley or mint—a fail, by the way.

My big issue with Jamie Oliver’s punchy jerk rice recipe isn’t that you can only jerk chicken or fish.

It’s that you actually need to use jerk spicing. 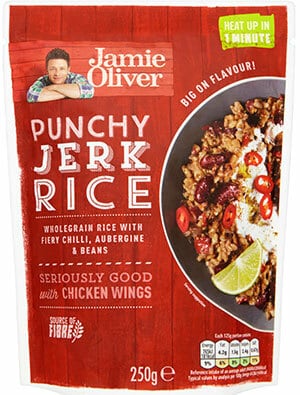 The issue with Oliver is not a rejection of us all experimenting with different flavours.

The problem is his lack of respect for Caribbean cuisine compared to his reverence for Italian cookery.

Oliver was never the working class cheeky chappy he is presented as, and has become one of the richest chefs in the world.

In the wake of the Windrush scandal, it is understandable that people of Jamaican heritage feel that respect is in short supply.

Why didn’t he just cook rice and peas?

Stand with refugees in Calais

I’ve been to volunteer at the camps in Calais over the past three years and was there last week for a few days.

We also spent some time with refugees living in Dunkirk. Around 400 people, of whom about 80 are children including babies, are living rough by the motorway.

We distributed some snacks and basics such as toothbrushes and deodorant, after which we turned on the tea run and served hot tea and coffee.

We had some activities for the children and brought some small Eid gifts too.

It’s always humbling to meet people who have travelled so far and only want to continue to Britain to seek safety with family members.

We still need to pressure our government to take in the children they promised.

And to provide the means for people with close family ties to apply for asylum here while in France so they don’t have to take risks on lorries in order to exercise that right.

Stand Up to Racism has worked with Care4Calais to take volunteers over to Calais.

The refugee crisis on our doorstep continues to be an issue that needs urgent attention.

The day after the Genoa bridge collapse, the holding company Atlantia’s shares fell on the stock market.

This is the company that manages many kilometres of Italian highways.

Atlantia is a highly profitable part of the Benetton family assets thanks to its 100 percent control of Autostrade SPA.

The fact that Atlantia managed to drag the entire Milan stock market down is not surprising. It is one of the main Italian companies, with a turnover of £5.4 billion in 2017.

Benetton made easy profits due to getting its hands on Italian infrastructure. Discounts allowed it, at a low price, to receive huge profits thanks to motorway tariffs.

At the end of the 1990s there were many controversies around the privatisation.

The decision to entrust a private company with the management of Italian motorways was highly criticised.

And now we are crying over those deaths.

It’s our right to decide what we want to wear

I am sick and tired of rich white men telling women what they should or shouldn’t be wearing.

How someone wants to express their religion openly is their concern and theirs alone. But what makes me sadder is that rather than challenge this racism, some folks on the left have pandered to it.

As journalist Christa Ackroyd said, “I suspect the garb of choice for every well-dressed “bank robber” remains a balaclava, crash helmet or hoodie so let’s ban those as well shall we?”

Tell Mama, which records hate crimes, said there was a “direct link” between the Johnson’s comments and an increase in incidents targeting women who wear the niqab.

We have to fight for women to be able to say—our bodies, our lives, our right to decide.

With reference to classically trained Etonian toffs’ comments about my Muslim sisters.

Has anyone noticed how businessmen and bankers look like wannabe parasitical financial terrorists, pension scammers, rogues and robbers?

For years in Northern Ireland, emblems—many religious—in the workplace were a symbol of division.

They were outlawed and helped the peace process.

Keep the right to free speech

Labour must retain the right to free speech on Israel—and any other state—and also to peaceful protest.

Israel does not represent all Jews and Palestinians are not racist for objecting to their oppression.

We Say nope to the Pope

Good on the people in Ireland who are getting free tickets to see the Pope but refusing to go.

The Say Nope to the Pope campaign is highlighting the barbaric treatment that many have suffered at the hands of the Catholic Church.

Thanks for your article on the Black September massacre (Socialist Worker, 22 August).

I learned a lot from it. 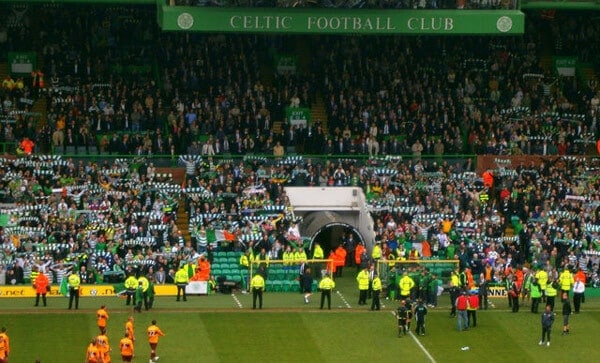