This article is over 18 years, 6 months old
I REALLY enjoyed Judith Orr's article in Socialist Worker, 'The Body for Sale' (12 July). I agree that many of the gains of the women's movement of the late 60s and 70s have been lost. I would add sexism in advertising and merchandising starts from the cradle. Children's TV carries more advertising than other programmes, and almost every BBC programme has merchandising tie-ins.
Downloading PDF. Please wait...
Saturday 26 July 2003

I REALLY enjoyed Judith Orr’s article in Socialist Worker, ‘The Body for Sale’ (12 July). I agree that many of the gains of the women’s movement of the late 60s and 70s have been lost. I would add sexism in advertising and merchandising starts from the cradle. Children’s TV carries more advertising than other programmes, and almost every BBC programme has merchandising tie-ins.

At Toys ‘R’ Us you see shelves and shelves where everything is pink, aimed at little girls, and others aimed at boys where all the toys are khaki. A small section contains the paints and so on for both boys and girls. The success of the Gameboy was followed by the launch of a Gamegirl – guess what colour that was. Lego makes pink and pastel coloured Duplo sets for girls to build houses with. A four year old girl in my class picked up a pink pencil saying, ‘I got the Barbie one, who wants the Barbie one?’

Fashionable clothes for girls are copies of ‘sexy’ adult styles. The teenage magazines, which have a massive readership among ten to 12 year olds, offer make-up tips and advice about how to make yourself attractive to boys. Toys, clothes, advertising and magazines combine to present children with an image of what it is to be a ‘proper’ girl or a ‘real’ boy.

In schools the anti-racist and anti-sexist initiatives of the late 70s and early 80s which gave girls confidence and allowed them to outstrip boys academically (causing a panic) have been marginalised by the steamroller of the National(ist) Curriculum, literacy and numeracy hours and drive for targets, standards and league tables.

But I am confident that the amazing school students whose protests against the war showed us all how to do it will refuse to stand for sexist crap and help us regain the ground we have lost.
Sarah Cox London

We are not on our own

I’M WRITING on behalf of the electricians on strike in Manchester to thank the local SWP who arranged for us to send a delegation to Marxism. We now know that nobody is on their own with their struggles against greedy employers.
Tony Jones Manchester electrician 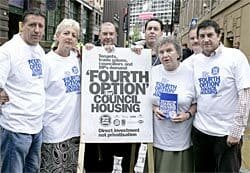