Refugees: No festive spirit from Straw

This article is over 21 years, 0 months old
JACK STRAW'S seasonal greetings were bogus. They did not stretch as far as those seeking asylum. Solomon was told that he had to sign on at the police station on 25 December, between 7pm and 8pm. His crime? None. Solomon was a hard working student. He worked to keep himself and was successful in his studies. Then the government had a crackdown on asylum seekers. Now Solomon has been criminalised.
Downloading PDF. Please wait...
Saturday 06 January 2001

JACK STRAW’S seasonal greetings were bogus. They did not stretch as far as those seeking asylum. Solomon was told that he had to sign on at the police station on 25 December, between 7pm and 8pm. His crime? None. Solomon was a hard working student. He worked to keep himself and was successful in his studies. Then the government had a crackdown on asylum seekers. Now Solomon has been criminalised.

Every Monday, Wednesday and Friday for nearly a year now he has had to report to a specified police station. Failure to sign on could mean immediate deportation. The real criminals, like those responsible for starvation, disasters and wars, spent Christmas at home.

Decent people like Solomon, who have lost their home or fled from wars and repression, are daily humiliated by this government’s racist scapegoating of asylum seekers. Resistance, however, is one thing Jack Straw cannot break. In Manchester the Committee to Defend Asylum Seekers has accompanied Solomon every week to the police station.

To coincide with Human Rights Day in December we held a ‘Speak Out’ for asylum seekers. They, along with their children, are excluded from legislation incorporating human rights. Over 150 people took part in the day, with some excellent speakers. But it was hearing about the daily fight asylum seekers wage to maintain their humanity which inspired all of us present to step up the resistance to the starvation, disaster and wars which force people into seeking asylum.
MARK KRANTZ, Manchester

IT’S A long time since I enjoyed a political meeting so much. At the end of December the Haringey Committee to Defend Asylum seekers in London handed over a mountain of toys and gifts collected as part of our Christmas appeal.

We filled about six carloads, and gifts are still coming in. There was some lovely stuff. One teacher even donated a mountain bike. Even though it was a Friday night, 50 people came to the meeting. Local peace campaigner Bruce Kent joined Czech Roma leader Vladislav Balas on the platform. In between the speeches a group of student refugees played Turkish, Kurdish and Iranian songs.

The toys were collected from workers at local libraries, schools, shops and offices. Everyone who did a workplace collection felt they had only scratched the surface of goodwill and serious political understanding of how disgusting the government has been to asylum seekers.

George Binnet from the national Committee to Defend Asylum Seekers warned that the government is using its ‘review’ of the voucher scheme as an excuse to do nothing until the election. If the trade union leaders issued a call, the mood is there to mount a massive national demonstration in the new year.
DAVE CROUCH, North London

Lesson of our defeat

I WANT to thank the Socialist Workers Party for all its hard work in supporting our fight to stop the closure of Biwater Pipe factory in Clay Cross, which is now in its last days. We may have lost but we have learned some important lessons for the Vauxhall workers at Luton.

First of all, don’t let the shop stewards be cut off from the workforce. Our stewards spent too much time in a small office or in meetings with management. We never had a single mass meeting and we never felt our real strength. Second, you must hit production. We had a full order book and we could have won. Strike as soon as you can-hit their profits.

Third, don’t trust the full time union officials. From the lowest grade to the top nobody was prepared to lead a fight. John Edmonds came to Chesterfield to address a pensioners’ rally but never came near the plant. Fourth, everyone in the country will be behind you. We had a brilliant public meeting and two local demonstrations. Everyone in the area was behind us. If you take action the public will be with you.
IAN RUTHERFORD, Biwater worker, Clay Cross

Europe not so simple

LIKE MOST of your readers I was overjoyed at the success of December’s demonstration in Nice. You report that the performance of the TUC was abysmal, and on a French woman who implied that the bosses had better not try and privatise the rail in France. These are significant indicators of the gulf between Britain and the rest of the European Union.

To present the EU as uniformly dominated by the global market and finance is a distortion of reality. It also obscures the fact that working class struggle, which is at a much higher level across the Channel, actually works.

I think we need a reassessment of our attitude to the EU. Otherwise we are not distinguished from the xenophobes on the one hand or the TUC leaders, who expect the EU to do their job without their lifting a finger, on the other.
HUGH LOWE, West London

I AM a member of the TGWU union and a bus worker who fought back last summer by striking, and winning. But I am not surprised by what happened in Ford before Christmas when the strike ballot was lost.

We had to put up with eight months of inaction and six ballots in order to take action. We won despite that. Ford Dagenham saw exactly the same delays and inaction when there was a fight ready. The same delays, ‘negotiations’, and ‘ballots’ kept the union officials in charge, the workers in check and led to defeat. The lesson is fight if you want to keep your job-listen to your union leaders at your peril.
MARK SMITH, Durham

I AM writing to let your readers know of Satpal Ram’s new prison address. Satpal is still in jail for defending himself against a racist attack. He has been moved to HMP Blakenhurst. Mail can be sent to him at Satpal Ram, HMP Blakenhurst, Hewell Lane, Redditch, Worcestershire B97 6QS. You can send e-mail messages, which will be forwarded, to [email protected] satpalram.connectfree.uk.com
JOHN O, Birmingham

BEFORE Christmas I attended UNISON’s Black Members conference. Around 600 delegates and observers from all over the country met. The leadership attempted to argue against any real fightback. But they were consistently overturned.

One of the highlights of the conference was when a resolution was passed saying that if the employers didn’t make change fast enough over the Stephen Lawrence report, the union should ‘initiate a campaign of civil disobedience like the civil rights movement in the USA’. The spirit of Seattle was definitely around.
SALMAN MIRZA, Birmingham

EDMUND Kingsley (Letters, 16 December), in arguing that non-violent means of changing the world must be tried, refers to the Russian Revolution, saying, ‘Those who gain power using terror rule using terror.’ The Bolsheviks who led that revolution came to power as a result of a mass uprising of the working class.

The revolution was peaceful due to overwhelming support from workers. Afterwards the workers’ state was invaded by 14 foreign armies. These people used indiscriminate terror against working people. It was only in response to a situation in which the survival of the workers’ state was in doubt that restrictions on democracy were reluctantly introduced.

Later on Stalin would exploit and extend these restrictions to consolidate his power, but his regime was the exact opposite of that of the early years of the revolution.
TONY PHILLIPS, East London

A question on judges

I AM writing to ask if you would help me form an argument relating to the bias of the judiciary.

In recent A-level politics lessons we have been dealing with this issue. Having looked at arguments suggesting that the judiciary is biased towards the right wing, we are now concentrating on the counter-arguments. The argument which we have been given is that while the judiciary might be upper class, they are not homogeneous in their behaviour and regularly interpret the law differently.

This is supposedly ‘proven’ by the very examples often used to prove bias-in each case the judges disagreed and showed a range of views. Please help.
BEN CONWAY, Colchester College

A real opportunity over rail

HAVING SPENT a day recently travelling by rail to Coventry from London, I reflected how I might have spent my day had I had a petition to take the length of the carriages for my angry fellow passengers to sign, demanding the immediate renationalisation of the rail.

Unfortunately I only thought of this when I returned home. However, I am writing to you in the hope that you will take up this task. It should not take long to collect millions of signatures from passengers to stimulate resistance to this latest consequence of globalisation.
PATRICK AINLEY, East London 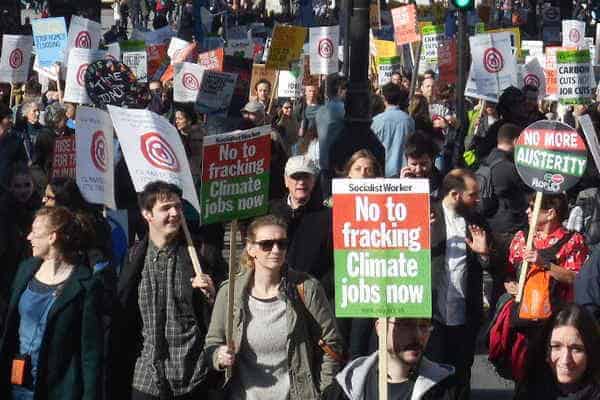 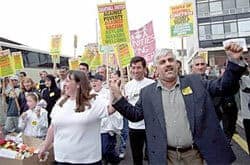 The Daouds are the human cost of attacks on refugees