This article is over 17 years, 3 months old
The Turkish anti-war movement has taken a lead in protesting against the threats by Bush against Syria. I was one of a delegation of 60 trade unionists, doctors, writers, journalists and peace activists that visited Damascus last week to give solidarity and support to its people.
Downloading PDF. Please wait...
Saturday 12 March 2005

The Turkish anti-war movement has taken a lead in protesting against the threats by Bush against Syria. I was one of a delegation of 60 trade unionists, doctors, writers, journalists and peace activists that visited Damascus last week to give solidarity and support to its people.

Two coaches organised by the Peace and Justice Coalition travelled 20 hours from Ankara to Damascus. The delegation included several Islamic writers and a former member of parliament for the Islamic Welfare Party, as well as the chair of the Istanbul Medical Association, and leading figures of the left.

Our delegation was met at the border, in the middle of the night, by the governor of Syria’s northern province and an army of TV and press reporters. We were given a police escort and constantly had to fight off attempts to turn our trip into an official state visit. It was difficult, given the authoritarian regime in Syria, to avoid officialdom completely, and we knew this would be so.

Nevertheless, we were able to speak to the media uncontrolled. In countless interviews, as a group and individually, we were able to explain that we had come to bring solidarity from the international anti-war movement.

There was also no attempt to stop us from going about the streets, talking to ordinary people. One shopkeeper, who plied me with cardamom-scented coffee after he found out that I was a member of the delegation said, “I have nothing against Americans, but if they come here I’m hardly going to cross my arms and watch them.”

Two young women, first year university students smoking a hookah in a coffee house, were the only ones wearing headscarves in a place full of women. One of them said. “I love my country and I really love Damascus. I hope they don’t destroy this place like they’ve done in Baghdad.”

Before leaving, we held a press conference, with the Association of Arab Writers, on the steps outside parliament. Ali Aqli Orsan, chairman of the association, said “We don’t intend to invade the US. We would like them to leave us alone.”

We are now back in Turkey, working to make the anti-war protests on 19 March as big as possible. All the main trade union confederations have announced their support.
Ron Margulies Istanbul, Turkey

I have been appalled by the revelations from Birmingham about electoral fraud. There are specific features to this case which need properly investigating, but I believe it also raises more fundamental and general issues.

Having the entire election conducted through postal voting is inherently wrong. There will be fraud with polling stations, but it is far harder to steal 20 votes when you have to turn up and vote than it is through stealing ballot papers.

In addition, postal voting takes no account of the fact that new issues emerge right up to the moment of voting.

You could send off your postal vote a week before the election and then discover two days before the polling date that there is undeniable evidence that Michael Howard was involved in a massive share scam, or Charles Kennedy was in the pay of McDonald’s, or that Tony Blair had ignored advice that the Iraq war was illegal. Any of these — entirely hypothetical — examples could cause you to change your vote.

Postal voting is a recipe for cheating on a vast scale. It should be used only when somebody cannot get to the polling station becasue they are infirm or out of the country.
Alison Reeves Newcastle

No crime to oppose the BNP

Every year the BNP tries to disturb the Holocaust commemoration at Oldham’s war memorial. Every year they are told in no uncertain terms that their hypocrisy is not welcome.

This year, Greater Manchester Police took it on themselves to arrest and charge Martin Gleeson, a leading anti-fascist campaigner, Amicus union convenor and secretary of Oldham trades council, for making it clear that a BNP wreath was not welcome at the memorial.

The Oldham ceremony commemorates the Holocaust. It also says that we will not allow fascists to appear respectable. The BNP is a fascist organisation with explicitly racist policies led by a convicted Holocaust denier — Nick Griffin. Most people in Oldham and Greater Manchester understand this well.

They have rejected the BNP’s efforts to gain respectability and election success.

That’s why Griffin has switched his hopes to Keighley in Yorkshire. The only people willing to confer respectability on the BNP have been Greater Manchester Police. This is the same force exposed by the Secret Policeman BBC documentary.

Martin Gleeson’s case highlights all of this. We urge all readers to send messages of support to Martin and demand that the Crown Prosecution Service (CPS) drop this case immediately.

The fact that Martin was arrested is shocking enough, but that the CPS is wasting public money on a prosecution for alleged damage of £20 is a disgrace.

The case has now been adjourned until 22 March.

Messages should be copied to Oldham trades council, which is backing Martin, at [email protected]
Ameen Hadi and Colin Barker Manchester

School students stand up against deportations

The BBC’s undercover investigation into immigration detention centres has lifted the lid on the scandalous treatment meted out in some of these institutions. The charity Save the Children revealed this week that up to 2,000 children a year are placed in detention for the purposes of immigration control. It finds this to be harmful to the health and welfare of the children.

It confirms the view of Her Majesty’s Inspector of Prisons that child detention is harmful to “physical and mental health”.

In addition, a rising number of young people who have just reached their 18th birthday are being locked up and deported. It was against this background that the Kent Campaign to Defend Asylum Seekers organised a conference, called “Coming of Age”, on 26 Februrary. Some 100 people attended during the day, including teachers, health workers, social workers, trade unionists and activists.

But the major contribution came from school students from both the Mayfield School in Portsmouth and Canterbury High School, both of which are campaigning to stop students being locked up and deported.

The event ended with a call to protest in Canterbury on 3 April against detention and deportation of asylum seekers, to organise a campaign during the coming general election and to support the protests at the G8 in July.
Jon Flaig Kent

Hong Kong’s press, government and police have gone into a panicked frenzy over the past few days with the police saying they are stocking up with sand bags and rubber bullets. The reason is that recently 250 people attended an international anti-capitalist conference in Hong Kong to discuss actions against the World Trade Organisation (WTO), which is planning to hold its sixth ministerial conference here in December.

Delegates came from over 50 countries, mainly in Asia but also from Australia, the Americas, Africa and Europe. The conference was organised by the Hong Kong People’s Alliance, made up of trade unions, NGOs, migrant groups, students and other activists.

The discussion centered around the various trade agreements pushed by the WTO, but the “war on terror” was a constant thread. The conference confirmed support for the global day of action against the war on 19 March.

Delegates agreed that there should be a massive global effort to build for the protests against the WTO.

By December everyone will be shouting “Kung yee sai mau!”—Protest against the WTO.
Fergus Alexander Hong Kong

Threat to fight for equality?

Of course the CRE is not perfect, but the merger propsals are, I believe, a none too subtle downgrading of the battle against racism.
Helen Owanga East London

The Commission for Racial Equality (CRE) may disappear into a merged equalities body. Is this a cause for concern? We should remember that the CRE’s chair, Trevor Phillips, has opened the door to right wing criticism of multiculturalism.

The CRE’s commissioners also include the former head of the CBI bosses’ organisation, Digby Jones.

If the CRE was being abolished that would be an entirley backward move that should be opposed. But its merger will make no difference to anyone—except for those who make their living from such bodies.
Carlton Williams South London

The anti-social behaviours listed on the flyer include litter, graffiti and vandalism, groups hanging around, rowdy behaviour and street drinking. Why not just shorten the list to being young and working class?

It seems to me that the government is applying their tried and tested technique of divide and rule to turn working class people against each other.

This has the effect of diverting the attention away from the real causes of social problems.

In Spain a judge is trying to create a “truth commission” to investigate crimes against humanity committed during the dictatorship of General Francisco Franco. The same judge also attempted to try former Chilean dictator Augusto Pinochet. He should be commended and judges in other former dictatorships should follow his lead.

I wish that my country would create an American Truth Commission to investigate and publicise the US government’s support for dictators (Samoza, Batista, the Shah of Iran, Saddam Hussein, the House of Saud) over the years. But it will not happen because the parties that run the government — both the Democrats and the Republicans — would be implicated.
Chuck Mann Greensboro, North Carolina, US

Eamonn McCann is right that the murder of Robert McCartney has raised big questions for the IRA (Socialist Worker, 5 March).

But is it enough to denounce the IRA for its shortcomings and say that Sinn Fein is simply a centre party with an outdated affection for armed struggle?

Eamonn needs no reminding from me that the IRA and Sinn Fein have engaged in — often heroic — battles against the British state.

Don’t forget that the British are a bigger enemy than Sinn Fein.
Mary Houlighan North London 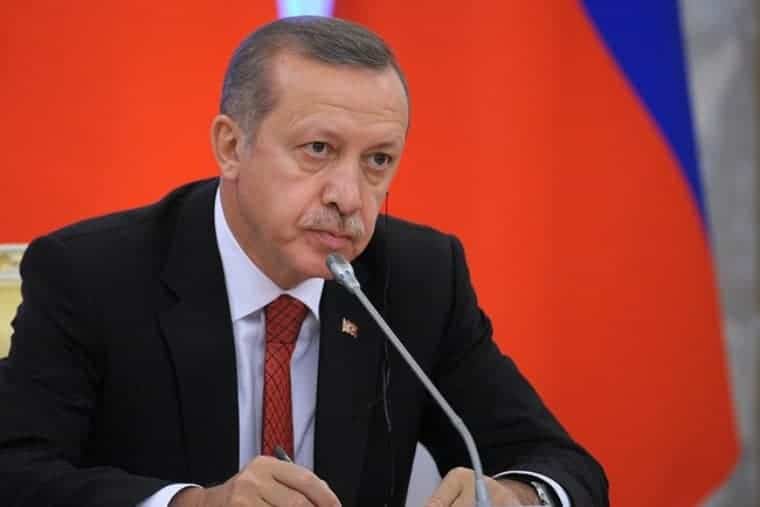 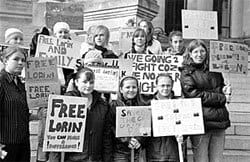