This article is over 17 years, 3 months old
The revolution has been privatised. Although the upheaval in Ukraine was driven by disgust at the authoritarianism and corruption of Leonid Kuchma’s regime, those who assumed leadership have very quietly, but very rapidly, embarked on an agenda of International Monetary Fund (IMF) restructuring and privatisation.
Downloading PDF. Please wait...
Saturday 19 March 2005

The revolution has been privatised. Although the upheaval in Ukraine was driven by disgust at the authoritarianism and corruption of Leonid Kuchma’s regime, those who assumed leadership have very quietly, but very rapidly, embarked on an agenda of International Monetary Fund (IMF) restructuring and privatisation.

Ukraine’s “orange revolution” was supposed to be an anti-corruption crusade. Yet when the new prime minister Yulia Tymoshenko pledged to review 3,000 privatisations carried out by Kuchma, on suspicion that they were crooked, president Viktor Yushchenko soon limited the investigation.

He said, “There will not be a review of 3,000 privatisations, there will be only a few dozen and the list, once established, will be definitive.”

He has now announced that only 30 companies will be investigated. Meanwhile, Tymoshenko has said that there will be a tax amnesty for many of the companies found to have been corrupt.

As one analyst quoted in the London Evening Standard noted, “We will see new privatisations benefiting clans close to the new elite. The only change will be the colour of the winning bids.”

The main goal of the Yushchenko government now is to join the European Union (EU) by November 2007 and the World Trade Organisation as soon as possible.

They are looking at taking further loans from the IMF, further privatisation, reducing import and export tariffs, and pursuing a “free market” of the kind that has already ruined lives across Latin America, Eastern Europe and Russia.

Meanwhile, the Kremlin may be unhappy, but the Financial Times reports that “Russian business sees… the election of president Viktor Yushchenko as a big economic opportunity”.

The Ukrainian foreign minister has explained that Ukraine will now be part of an EU-Atlantic alliance. One manifestation of this, reported in the Washington Times, is the preparation of a joint US-Ukrainian mission to the moon.

Why we will be living on £5 a week

A group of us, organised by Newcastle University’s Student Action for Refugees (STAR), will be attempting to live on £5 and a bag of food for a week.

This is what an asylum seeker whose application has been rejected can hope to get, so long as there is a local charity to provide it.

Inspired by a group from Stockton-on-Tees who did the same, we hope to raise awareness about the plight of asylum seekers. We’ll be keeping diaries during the week, documenting our thoughts and feelings but we would not want to pretend to be able to really understand what it feels like.

English will still be our first language, we’ll still have friends and family for support and a job or university course to go to.

Asylum seekers also suffer racial abuse, being arrested and put in a detention centre or being deported back to a country where they may face imprisonment, torture or execution.

We’ll be holding a press conference and so should be in the local paper. The political climate is ideal for it and the papers seem to be taking an interest.

We’d encourage activists across the country to try living on £5 and a bag of food for a week.

Losing the plot in Africa

The new film Hotel Rwanda tells a true life story of a hotel manager who, using his brain and bribery, saved thousands of Tutsis sheltering in his hotel at the time of the Rwandan genocide.

The film is well directed and great to watch.

But it is frustrating at times because it places the audience with the main character who is helpless — with possible death round the corner.

This character’s position is worsened by his own illusion that the United Nations would intervene and save the day. He does not mobilise the group to defend themselves (they had plenty of alcohol to start a fire and plenty of kitchen equipment to arm themselves).

Although the illusion is proven to be false, the reasons are not explored fully.

For example China and France, both permanent members of the UN security council, were selling arms to the Hutu extremist government. Britain and the US were quietly supporting the RPF rebels, who appeared to be winning, in order for them to gain influential control over mineral resources in the Democratic Republic of Congo (DRC).

As a result the film reinforces the stereotypical image of poor Africans waiting for the West to rescue them.

This is one film that most people will hope does not have a sequel.

Yet, as I write, conflicts are raging from the Darfur region of Sudan to the DRC, where 1,000 people are dying each day. Rwanda, Uganda and the West are involved in looting and killing in the DRC. This conflict has left five million dead so far.

However it was brave of Hollywood to produce such a film, which is both politically and emotionally provocative, for mass exhibition.

Exposing the full extent of imperialism in Africa and its devastating effects on the continent today would involve exposing the truth about the British intervention in Sierra Leone, and the conflict in the DRC.

Another way to screw workers at Nat West

The National Westminster Bank announced the closure of its data alignment centre in Hitchin town centre in January. The centre had always used temporary agency staff, despite being open for over four years. Although the closure has been on the cards for the last year, staff were not prepared for the incompetent approach to downsizing the unit.

Initially it was the policy to lay off staff based upon length of service, but the company has made a U-turn and now performance is to be the measure by which staff will be whittled down. The experienced management of the unit have been railroaded into taking other jobs and replaced by agency staff who are out of their depth.

Despite laying off over 30 people the workload of the unit is being increased, which coupled with the stress of losing their jobs is driving staff to the brink of their sanity as for some reason management believe that the same targets can be achieved.

The bank is part of the RBS group, which made the grotesque sum of £8 billion last year.

The shameless and shabby treatment of workers, many of whom have gone the extra mile for the bank, shows how cheap life is in this oh so brave and glorious 21st capitalist century.

As a former team leader at the centre put it, “Nat West, Another Way? My arse — they’re bastards just like the rest of ’em.”

Many pensioners hope that with an election looming the concerns of pensioners will be at the top of the agenda. One area of concern is that of unnecessary winter deaths.

In his speech to the Labour Party conference last September Tony Blair asked, “When did you last hear of pensioners freezing to death in the cold because they couldn’t afford the heating?”

Blair should have looked at his own government’s figures. Last winter an estimated 21,500 people over 65 died in England and Wales as a result of the cold.

The year before that the figure was 22,000, and the year before that 26,000. Yet despite nearly 70,000 pensioners dying from cold related illnesses, there was no public outcry, and not one Labour minister declared a war on fuel poverty.

There are a large number of older people in our society who worry about paying their heating bills, so what do the energy companies do? They increase their charges.

That is why the Winter Fuel Allowance should be raised to a realistic £300 and given to every pensioner in Britain. Then when the prime minister declares that older people are not dying from the cold, we might actually believe him.

A million kids in bad housing

As ever, local house prices are a hot topic, but there is rarely any mention of the flipside to the property boom.

Every day in Britain, more than one million children have to suffer in housing that doesn’t have room for them to play or do homework, that is dangerous, or that makes them sick — and this is happening near us.

With property prices rocketing, and affordable housing in short supply, will the next generation of children have anywhere to call home?

In a recent survey carried out by Shelter, the housing and homelessness charity, I read that more than 90 percent of people believe that the answer is no.

I urge this paper and its readers to remember the children who are paying the real price of bad housing, and take every opportunity to remind our politicians about this shocking situation.

Venezuela may be the next target on the Bush administration’s list.

After the failed US-backed coup attempt in April 2002, Hugo Chavez has moved from a moderate progressive position to a more overtly socialist stance.

At the World Social Forum in Brazil earlier this year he announced the Bolivarian Alternative for the Americas, an alternative to the US backed Free Trade Agreement of the Americas.

This, combined with an alliance with Cuba on social co-operation, will worry Washington, as a viable independent alternative begins to take root once more in Latin America.

The National Institute for Clinical Excellence has planned to prohibit the prescription of drugs to treat Alzheimer’s Disease because they are “too expensive”.

Some 54,000 people with Alzheimer’s in the UK currently use anticholinesterase drugs (Aricept, Exelon and Reminyl) to slow down the effects of this debilitating disease.

There is no cure for Alzheimer’s and these drugs do not work for everyone suffering from the disease, but for many people they are extremely beneficial.

As in all things those who are poorest will suffer the most if this move goes ahead because, unlike the rich, they will not be able to pay for these treatments privately.

The government hope to save £56.4 million per year through this cut. For the cost of a few missiles and tanks they are prepared to remove a treatment which improves the quality of life of thousands of vulnerable people.

A small increase in the taxes on the mega profits of the big drug companies would be enough to fund this service.

Weak people seek help from the NHS which makes an effort to make them strong again. The weaker you are the more they help you.

Financially weak people seek help from the DWP which makes them weaker by making them survive on benefit. Even skilled claimants become unskilled, since claimants are isolated from the community.

The DWP should allow claimants to work for specific industries for £2 or £3 an hour tax-free for six months.This system will also enable single parents to work from home.

Claimants could work as trainee builders or electricians. This will motivate and encourage claimants to find a fulltime job and earn over £6 an hour. Readers’ comments on this proposal would be appreciated. 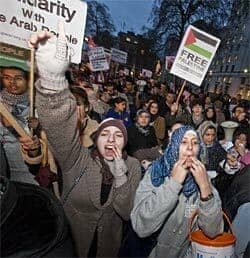 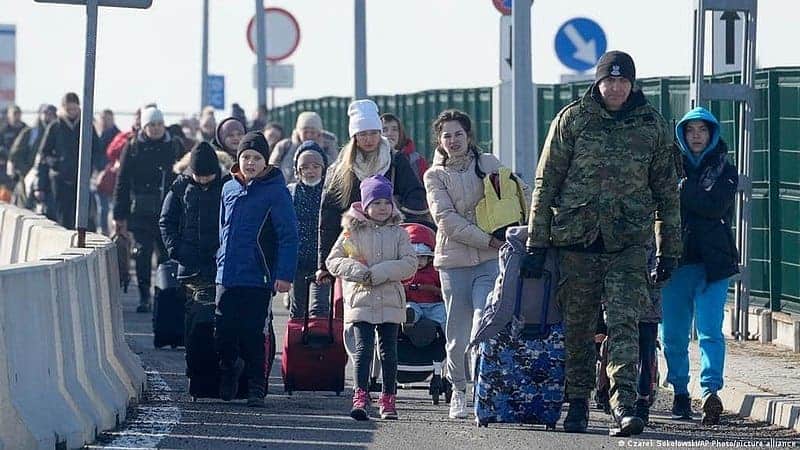 Letters — a family disunited because of Tory hatred of refugees