Jane Austen, tea and slavery—lies and prejudice in the Tory ‘war on woke’ 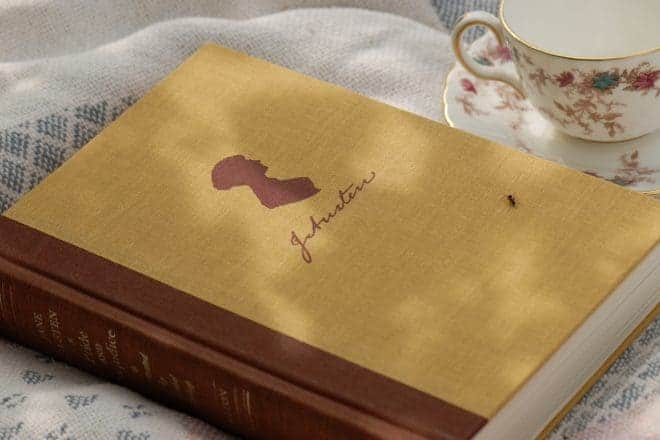 The row over Jane Austen is a storm in a teacup (Pic: Dane Vandeputte)

Another great national institution is under attack from the “woke brigade”. First, they came for the National Trust, who cravenly agreed to erect signs which acknowledged the properties built on the profits of slavery.

Then they came for Kew Gardens, who cravenly agreed that links between the collections and the British Empire be discussed. And now they are after Jane Austen, who is to be “interrogated” by her own museum for links to slavery and colonialism.

The Tory press has gone into overdrive, invoking the idea that the beloved Austen is to be subjected to a Black Lives Matter (BLM) inspired interrogation because she drank tea. “Woke Madness,” screamed the Daily Express newspaper, breezily disregarding any sensitivities about language and mental distress. “Trying to rewrite Jane Austen for links to slavery shows the idiocy of woke historical revisionism”, asserted Charlie Stone on RT.

The idea that Austen was a colonialist is “absurd” and a “distraction” from the brilliance of her work, states the Daily Telegraph. It has continued to claim that the Jane Austen Museum is interrogating tea drinking, despite bemused denials from the museum itself. Why let the truth get in the way of an attack on “wokeness”?

The Daily Mail newspaper asserted that the Jane Austen Museum had sparked “fury” and that its staff were “planning a revisionist attack on her alleged involvement in ‘Regency-era colonialism’.” Employees, the paper implied, will be sifting through artefacts for evidence of Austen’s consumption of the “products of empire”.

Museum employers could save some time and turn instead to the Daily Mail, 25 September 2016. It revealed that Austen, along with princesses Eugenie and Beatrice, had links to families that got rich from the slave trade. “Novelist Jane Austen also enjoyed links to slavery, with her family friends major slavers including Thomas Hall—who owned three plantations in Jamaica,” the Mail told us. This overlooked the fact that, years before Austen was born, her father controlled a plantation in Jamaica.

Back then, the Mail reported on connections between Austen and slavery. That soon changed when the BLM protests exploded onto the streets and made discussions about slavery urgent and relevant, and the Mail enlisted in the tedious “war on woke”.

It is the Tory columnists who in fact are rewriting history. The Mail claimed that Austen was a “noted Abolitionist”. There is no evidence for this claim. Ella Wheelan in the Telegraph wrote, “In her sympathy for the plight of the slaves, Austen went beyond the average well-to-do women wanting to show good moral character. But we shouldn’t pretend her books are something they aren’t.”

Wheelan then proceeds to pretend that Austen’s books were something they were not. She claims that the plantation-owning Thomas Bertram’s silence when Fanny Price asks him about the slave trade in Mansfield Park, is evidence of Austen’s Abolitionist sympathies. Similar claims are made for dialogue spoken by Jane Fairfax in Emma who compares the plight of governesses to that of black slaves.

Silence is not condemnation. Governesses may have had a hard time, but to compare their plight with that of slaves who were systematically kidnapped, tortured, raped and murdered, is a denigration of Abolitionism. Jane Austen may well have enjoyed the writings of Thomas Clarkson, a passionate Abolitionist campaigner, and William Cowper, poet and Abolitionist, but there is no evidence of Abolitionist sympathies in her novels.

Thousands of “well-to-do” and working-class women did make a public stand against slavery during Jane Austen’s lifetime, 1775-1817. Between 1787 and 1792 historian David Olusoga estimates that some 1.5 million people signed petitions against slavery out of a population of 12 million. Tens of thousands attended anti-slavery meetings, including many women. Among them was Anabella Byron, wife of the poet Lord George Byron, and the writer and intellectual Harriet Martineau, who wrote a novel based on the life of the Haitian revolutionary Toussaint L’Ouverture.

In 1824, Elizabeth Heyrick published a widely-read pamphlet in which she argued for immediate, rather than the gradual abolition of slavery which dominated mainstream Abolitionism. Heyrick argued that women’s experiences of oppression meant they were more suited than men to identify with black slaves, saying, “Women were especially qualified to speak for the oppressed.”

Another early female Abolitionist was the Quaker Amelia Opie, who contributed to the huge number of anti-slavery novels and poems published in the early 19th century. She published The Black Man’s Lament—Or, How to make Sugar in 1826, just nine years after Austen’s death. This is one verse:

“There is this beauteous plant, that grows
In western India’s sultry crime,
Which makes, alas! The Black man’s woes,
And also makes the White man’s crime.”

Mary Anne Rawson established the Sheffield Female Anti-Slavery Society in 1825. It was the first women’s society to campaign for an immediate, rather than a gradual end to slavery. Quaker Anne Knight set up a women’s anti-slavery society in her hometown of Chelmsford.

In the run up to the Emancipation Act of 1833, Anne Knight and Marie Tothill organised a massive women’s anti-slavery petition which was signed by 500,000 women in England, 135,000 in Scotland and 77,000 in Wales. A quarter of the female population of Edinburgh signed the petition. Jane Austen did not “go beyond” the activities of any of these women, as the Telegraph claimed. In fact, she did nothing to support Abolitionism.

The right wing press sneer at the idea of a museum placing commodities like tea in a political context, again exposing their ignorance of British history. In Austen’s day, the consumption of tea and sugar was a highly political business. In 1791, during the wave of popular radicalism which greeted the French Revolution, the radical Unitarian William Fox wrote a pamphlet. He argued, ‘If we purchase the commodity, we participate in the crime. In every pound of sugar used, we may be considered as consuming two ounces of human flesh.” Consumer boycotts appealed to women who were not allowed to vote. It was only as consumers that women in the later 18th century could exercise any collective political power.

Launched in the 1790s, the boycott of West Indian sugar was not the first consumer boycott in history, but was certainly the first to be so widespread. Quietly, but subversively, the boycott added a new dimension to British political life. The boycott was put into effect by those who did the shopping, women. As one husband recalled, “happening lately from my home, the females in my family had in my absence perused a pamphlet…On my return, I was surprised to find that they had entirely left off the use of sugar’.

The second boycott in the 1820s was born out of frustration with the failure of petitions. Heyrick demanded, “Why petition parliament at all’, she demanded, “to do that for us which we could do more speedily and more effectually for ourselves?” Heyrick’s militant call found a response among thousands of women who formed their own societies to organise the boycotting of goods produced by slaves.

The Abolitionist Movement extended its reach across society. And that was precisely because it was willing to free the “enormous amount of wasted intellect and energy that in the 18th and 19th centuries was bottled up in the women of Britain’, as Olusoga observed. Austen was not one of these women. Should we shun her novels because she lacked any obvious commitment to abolish slavery? Absolutely not.

The Telegraph promotes the idea that Austen’s genius lies in her exploration of personal relationships, her “microscopic focus on the inner workings of the family and the community”. Geraldine Massey in the Australian Spectator describes the “wilful misreading of Austen’s work”. She says it “seeks to place it in any kind of political context because if there’s anything that’s missing In Austen’s work, it’s politics. Thank God”. In Austen’s novels, we are told, frills and ribbons are more important than any social issues. This is both reactionary nonsense and a painfully superficial reading of Austen.

Austen was both a brilliant writer and a conservative. That does not mean her characters existed in blissful isolation from the society she inhabited. Austen wrote during the wave of reaction that followed the French Revolution and the stirrings of a reform movement, which led to the Peterloo massacre the year after Austen’s death. Austen was brilliant not because she confined herself to observing the details of social relationships. She was brilliant because in those detailed observations she explored wider social and gender conflicts and competitions.

Austen’s novels portray how characters are shaped by wealth or the lack of it, by hierarchies of class and by the restrictions imposed by gender. Women are commodities, class constricts lives, and happiness depends on keeping your proper place.

Austen’s novels depict families and communities that are under threat from degenerate, irresponsible patriarchs. The absent Thomas Bertram or the vain and selfish Sir Walter Elliot draw comparisons with the French King Louis XV whose misrule provoked the French Revolution. Snobs are humiliated. The aristocracy needs to reform itself by embracing deserving members of the lower classes.

Behind the grand doors of Austen’s country houses, her characters are insecure. They tread a fine line between financial security and ruin, respect and ostracism, social triumph and devastating failure. Threats to reputation and stability arrive in the guise of disruptive but charming outsiders who reject the ties of community and duty. Think John Willoughby, George Wickham and Henry Crawford. In Austen’s novels, the aristocrats who accept their responsibilities and duties are those who should rule over their communities, albeit after being reformed by a feisty woman.

Women’s lives are particularly precarious. Those without wealth find their whole lives distorted by the need to catch a husband. Women who fail on the marriage market are condemned to live as spinsters, facing a life of poverty and social marginalisation. They can be ruined by a false step, or a treacherous lover. The teenage Georgiana Darcy escapes from George Wickham but the 16 year old Lydia Bennett falls victim to his plans.

Women ruined and broken by men, who suffer no penalties for their “indiscretions”, haunt the courtship rituals and romantic dramas in Austen’s novels. Marriages of convenience do not bring happy endings—think of the disgrace of unhappy bride Julia Bertram in Mansfield Park. Sensible women like Elizabeth Bennett marry for love, but make sure they fall in love with rich men.

We can appreciate Austen’s writings without remaking her as a reformer or an Abolitionist. That’s because we can identify with her characters as they negotiate a society dominated by class distinctions, communities ruptured by greed and selfishness and the dominance of material advancement over love and fulfilment.

The Jane Austen Museum is right to explore the context of Austen’s novels. Such explorations can only enrich our appreciation of her sharply observed characters and their relationships. The Tory press’s fake story prompted the Jane Austen Museum to issue a statement. “We would like to offer reassurance that we will not, and have never had any intention to, interrogate Austen, her characters or her readers for drinking tea,” it read.

Ignorant Tory columnists write their own fictions in their pursuit of an entirely imaginary war on “woke.” Austen deserves better. 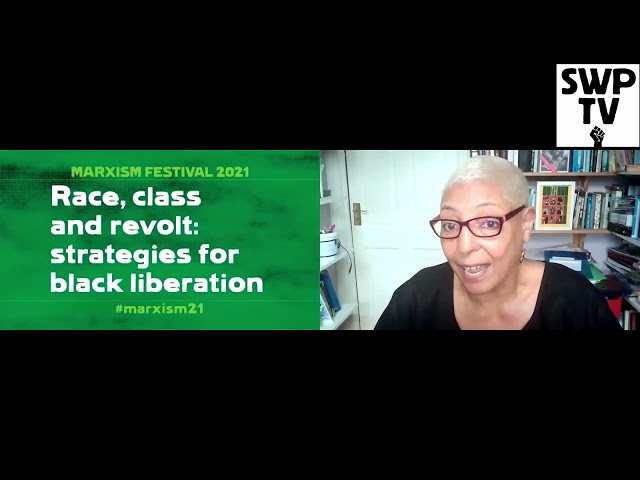 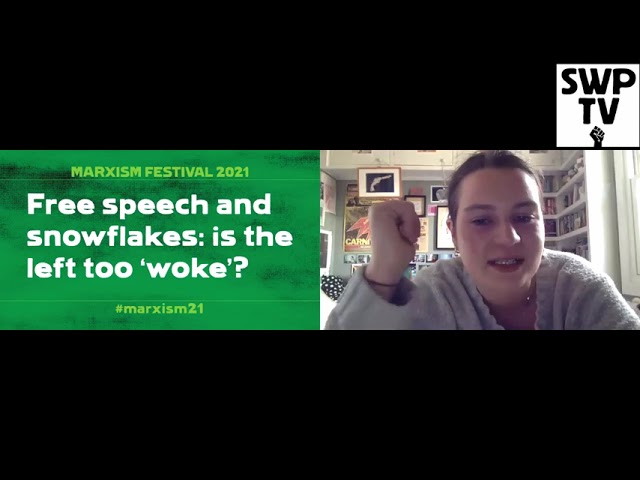 Is the left too woke? 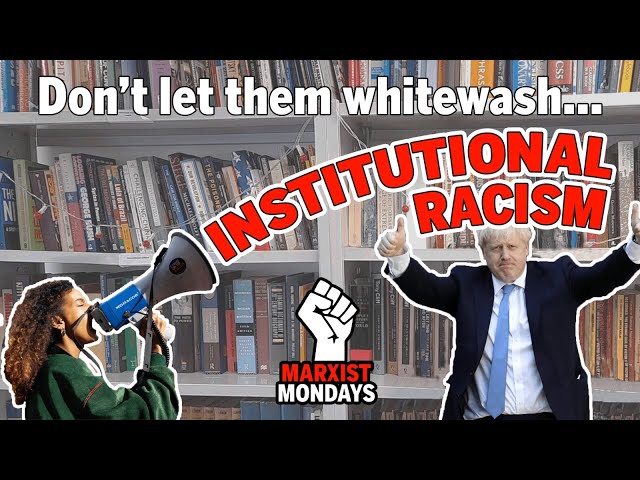 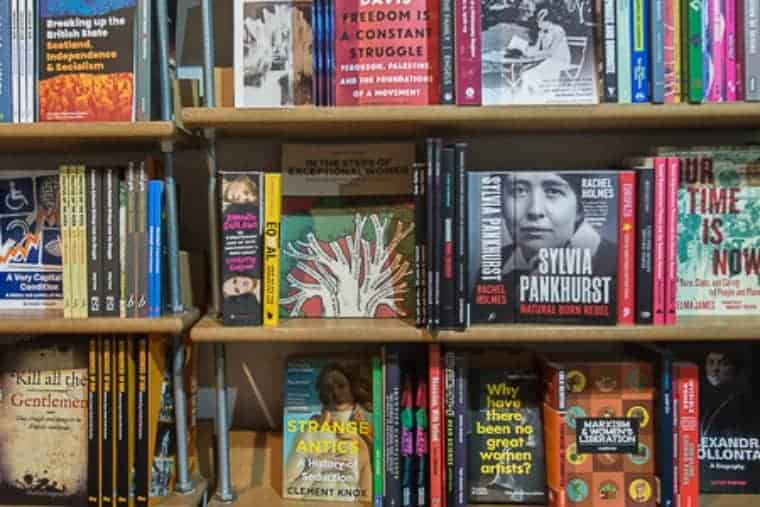 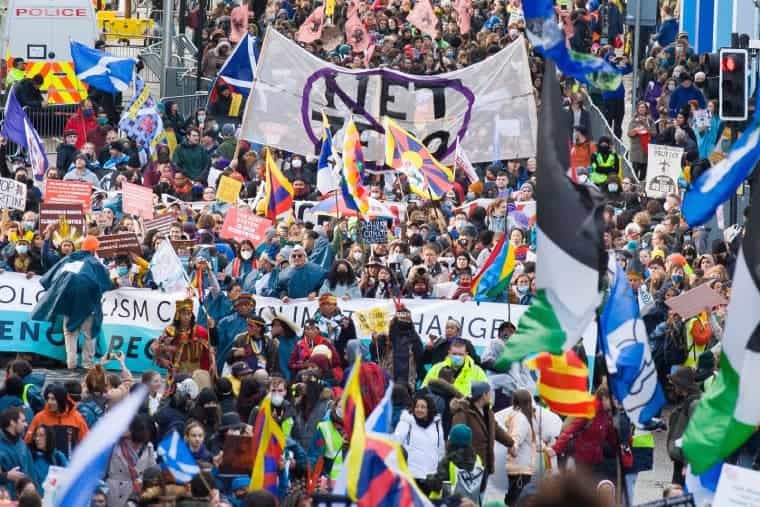 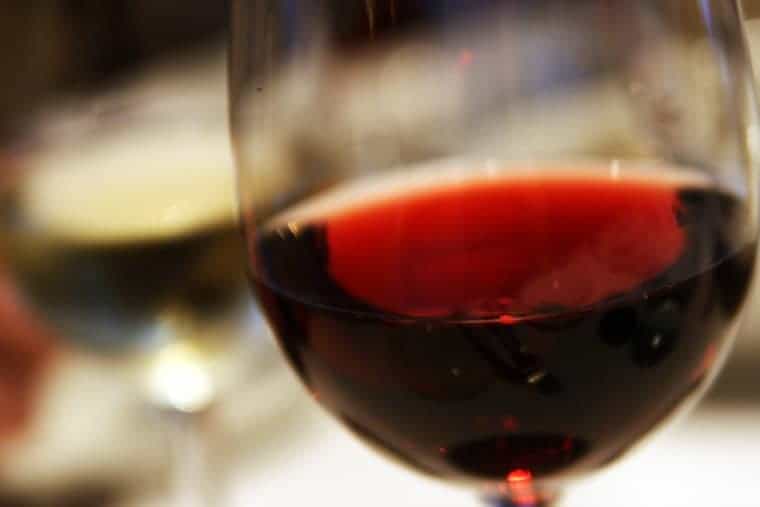