30 June: we must seize opportunity for a mass strike

This article is over 11 years, 3 months old
The first steps to achieve a mass strike in Britain were taken last week.
By Martin Smith
Downloading PDF. Please wait...
Tuesday 19 April 2011

The first steps to achieve a mass strike in Britain were taken last week.

Four trade unions—the Association of Teachers and Lecturers (ATL), National Union of Teachers (NUT), Public and Commercial Services Union (PCS) and University and College Union (UCU), announced that they are prepared to hold a joint strike to defend pensions.

The most likely date will be 30 June. This is a significant step in the fight against the government’s assault on jobs, pensions and conditions.

The idea of a general strike was, in the run-up to and on the TUC demonstration on 26 March, a popular political slogan. It has now become a real possibility.

A complicated process will now take place to turn the call into reality.

The ATL held its annual conference this week. Delegates backed a motion supporting a call for a strike ballot. A ballot could be held in May. The last time the ATL took part in a national strike was in 1979.

This weekend, delegates will also be asked to support a strike ballot at the NUT’s annual conference.

And the NUT ballot will be for “discontinuous” action—if members vote yes the union can call a series of one-day strikes and not have to re-ballot each time.

Kevin Courtney, the union’s deputy general secretary told Socialist Worker, “The TUC demonstration and the teachers’ strikes in Camden and Tower Hamlets show that there is deep concern about the cuts.

“We are in talks with the government about pensions, but are under no illusions about their plans—that’s why we are preparing to ballot our members.”

Momentum grew further last week when the PCS national executive unanimously endorsed a motion to go to the union’s annual conference calling for a strike ballot. If supported, it will trigger a ballot sometime after 23 May.

The PCS ballot is about pensions and attacks on conditions. It will also be for “discontinuous” action, but includes a provision allowing departments to take separate action as well.

Finally, the UCU has already won its strike ballot and the leadership has made it clear that it will join the other unions in a one-day strike in late June.

If the other strike ballots are won we could see over 800,000 workers on strike together. There is a real possibility that other groups of workers will join them.

One Unite union official told Socialist Worker that their members in the Ministry of Defence and in health were to be balloted to take part.

But 30 June is over ten weeks away.

The unions will come under massive pressure to call off their action.

We have to do everything we can to stop this—support every strike and protest and call on every trade unionist to campaign to ensure that 30 June is big and militant.

Demonstrations have to be organised in every town and city on that day. We need to show the government that we are going to fight them all the way.

A one-day strike involving hundreds of thousands of workers is important, but it will not be enough to win. As Mark Serwotka put it, “This is not about protesting against the cuts,” but instead seeing the unions “develop a strategy to win.”

A starting point would be to increase the numbers of those on strike. If the GMB, Unison and Unite unions balloted their members, another four million workers would be taking action too.

But the leaders of the GMB and Unison believe the only game in town is getting Labour elected, even though Labour has disgracefully taken issue only with the timing of the cuts—not the cuts themselves.

A determined strike on 30 June will put pressure on those unions to join the fight. We also have to name the date for a second strike in early autumn, and try and encourage other unions to back it.

We have a small window of opportunity. We have to seize the time. 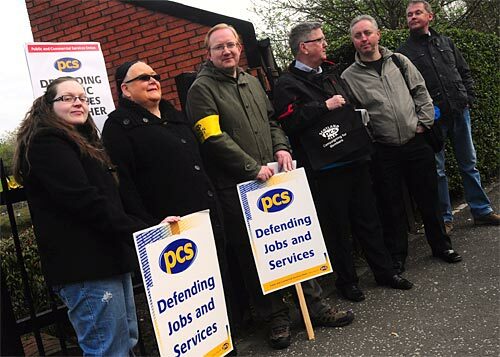 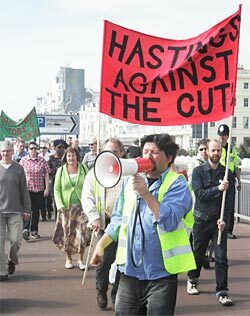