This article is over 18 years, 10 months old
DEPUTY PRIME Minister John Prescott has revealed the reality of the deal which ended the firefighters' dispute. He said on Monday that 6,000 jobs, one in ten, could be cut under government plans to 'modernise' the service.
Downloading PDF. Please wait...
Saturday 05 July 2003

DEPUTY PRIME Minister John Prescott has revealed the reality of the deal which ended the firefighters’ dispute. He said on Monday that 6,000 jobs, one in ten, could be cut under government plans to ‘modernise’ the service.

In addition some fire stations in city centres will be closed and the valuable land sold off. Cover will also be withdrawn from some stations at night, even though this is the time when most fire deaths occur.

Control rooms are likely to be merged between brigades to cut costs. The proposals are a direct attack on firefighters, the fire service and the FBU. Many firefighters at a local level will want to confront the cuts and job losses.

North London firefighter Paul Embury said, ‘Firefighters will have the resilience to resist these attacks, with or without the current leadership.’ Resistance is needed, and every trade union should back firefighters if they do campaign against these plans.

RAIL bosses are to axe 2,000 jobs and say the timetable shambles will last for another ten years. This announcement came just days after they pocketed £1 million bonuses. Unions threatened strike action after the announcement.

The cuts plan came from Network Rail, the ‘non-profit’ company in charge of track and infrastructure. Meanwhile it was revealed that rail firm Jarvis, responsible for the line at the Potters Bar rail crash, has failed to carry out maintenance work on a vital high-speed line.

Points on the line south of York, on the busy London to Edinburgh line, should be serviced every 56 days. Jarvis has failed to even look at the points for 220 days, according to the RMT rail union.

EIGHT OUT of ten people don’t trust directors of big companies, according to a new MORI poll. The poll shows that the anti-corporate mood goes much wider and deeper than the huge anti-capitalist demonstrations of the last four years. The poll also found that three quarters of people believe that ‘directors of large companies are paid too much for the job they do’.

THE GOVERNMENT has drawn up plans to make older workers receive less redundancy pay. At the moment workers must receive a payment of at least a week and a half pay for every year they’ve worked over the age of 41.

Now the government is proposing changing the law so that workers will only get one week’s wages for every year over the age of 41 worked. 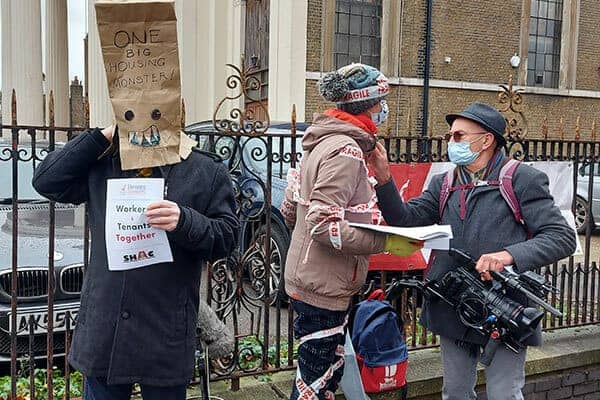 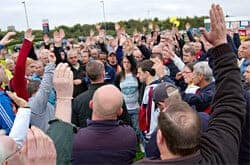 Respect: there is no split – let the members decide