This article is over 15 years, 3 months old
The death toll of the war on Iraq is much higher than even the most gloomy estimates. That is the conclusion of the most extensive study made of the country to date.
By Simon Assaf
Downloading PDF. Please wait...
Saturday 21 October 2006

The death toll of the war on Iraq is much higher than even the most gloomy estimates. That is the conclusion of the most extensive study made of the country to date.

A survey published by the Lancet medical journal has discovered that over 650,000 Iraqis have died as a result of the occupation. The findings were dismissed by George Bush, who poured scorn on the validity of the research.

Richard Horton, the editor of the Lancet, said “This shows how superficial Bush’s thinking is on this issue.”

The study, The Human Cost of the War in Iraq, follows a smaller survey conducted in 2004 that estimated the numbers of deaths at over 100,000. It uses a method that is widely accepted by US government agencies, including the CIA.

In the latest study, conducted between May and July this year, US public health researchers from John Hopkins University randomly selected more than 1,800 households across 18 of Iraq’s provinces.

Iraqi doctors then interviewed families in the sample clusters to determine how many of their relatives have died since 2003. Each fatality was then confirmed with a death certificate.

The results were then used to calculate the number of “excess deaths” across the country compared to 2002.

The study estimates that 654,965 more Iraqis have died since the invasion in 2003 than would otherwise be expected. The majority of deaths, 601,027, were due to violence. A further 53,938 were the result of non-violent causes, indicating a collapse in healthcare.

The survey shows the chaos created in Iraq by the US and British invasion and occupation in 2003.

The shocking rise in killings since 2004 “reflects growing sectarian violence, a steep rise in deaths by gunshots, and very high mortality among young men”.

Those who were killed are predominantly males aged between 15 and 44. The vast majority were killed by gunfire or car bombs, while 13 percent died in coalition airstrikes.

The research shows that around one quarter were killed by coalition troops. The killers of more than half the victims are unknown.

Another shocking finding is that girls under the age of 15 make up the largest single age group of female deaths.

“In some places air strikes caused a large proportion of deaths. Increasing deaths from car bombs developed later,” the study found. The heaviest casualties are in western and northern Iraq – in Baghdad and other cities.

Other organisations put the number of dead much lower. The Iraq Body Count and the US department of defence only note a death if it has been reported by the media. They put the number of civilians killed at 48,783.

Dr Gilbert Burnham of John Hopkins University is one of the authors of the Lancet report.

He said, “These organisations are confined to areas that have ready access to the media, and where mortuaries are easily visited.

“Our study shows these violent events are happening around the country. It is not just isolated in a few locations.”

According to the Lancet report, on average only 20 percent of those killed end up in morgues – often the victims of sectarian hit squads. The majority of Iraqis are killed and buried away from the gaze of the media.

“If you watch the news it is not a surprise that the numbers have increased steadily,” he added.

All the studies confirm that Iraq is becoming more violent and dangerous. Iraqi human rights groups have long warned that the real toll is much higher than the official figures.

In August 2005 one Iraqi human rights network published a report that included an investigation into the US siege of Fallujah between April-November 2004.

The report noted that up to 500 people are still missing after the siege of the city.

One mass grave is believed to hold up to 400 people. The numbers cannot be confirmed as US authorities have blocked any investigation.

Horton believes the study of Iraqi deaths shows that, “Tony Blair’s foreign policy has led us into a quagmire of bloodthirsty chaos”.

A podcast by Richard Horton and Gilbert Burnham is available at

Turkish invasion of Iraq is extension of ‘war on terror’ 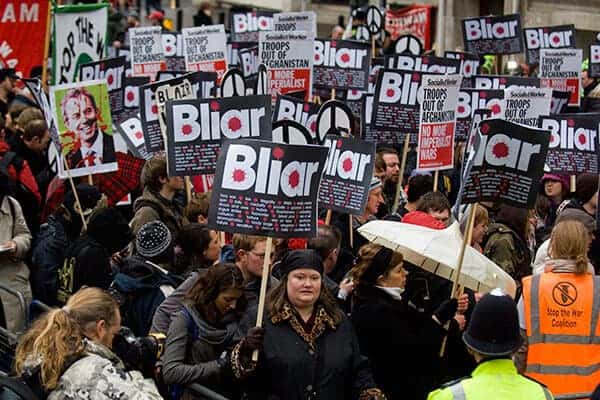 Whoever is elected, ending the occupation is still the first priority