‘A chance to make your voice heard’

‘A chance to make your voice heard’

THOUSANDS OF the world’s top bankers will be greeted by angry protests when the International Monetary Fund and the World Bank meet in Prague in September. Demonstrators from across Europe are to travel to Prague to show their anger with those at the head of a world system that ensures millions go hungry while they rake in obscene profits.

STEVE RAE from Edinburgh is an unemployed engineer. JOHN CORDELL from Glasgow is an unemployed chef. Both will be travelling to Prague to make their voices heard. They explained why to Socialist Worker.

STEVE: “I worked in a hospital for ten years but I lost my job because of privatisation. Privatisation leads to unemployment and worse services. “That is partly why I want to go to Prague. But there are other reasons as well. I’ve spent my whole working life under a Tory government. I jumped with joy when we got a Labour government. I thought things would change, but they just got worse. Prague is in Eastern Europe. I remember when the Berlin Wall came down. Apartheid was ending at the time. There was such a big feeling of change, but what did we get? Seattle was so great. I would have loved to have been there. I remember thinking if it can happen in America then there is hope. If they can shut down the World Trade Organisation there are amazing possibilities worldwide. When I heard about Prague I thought, ‘This is it.’ We can change things, and I want to be part of it. We’re taking buckets around the Edinburgh Festival to collect money for our coach. We’re going to try to get union sponsorship. We’re getting bands to play and we’re showing the Seattle video.”

JOHN: “I’ve not been involved in politics for long. But I’ve always believed in equal rights for everyone. When I heard about Prague I just thought, ‘Yes! I want to go.’ I want to go because it is against capitalism. I’m hoping to learn more about the world system while I’m over there. I’ve been on some demonstrations, like the recent legalise cannabis one. They give you a sense of your own worth. They let you put over what you think for once. Now I’m looking forward to really feeling part of a bigger movement where everybody is working together. We’re going to collect sponsorship for our trip, and put our pictures on the sponsorship sheet. I can’t wait for my passport to come.”

SEPTEMBER 26 (“S26”) is a global day of action against the International Monetary Fund and the World Bank, two cornerstones of the international system. Protests will not just take place in Europe, but across the world. Activists in the US are planning a day of local action in every city on S26. It already has the backing of the AFL-CIO union federation and the United Steelworkers of America, as well as networks like Global Exchange and 50 Years Is Enough.

Kevin Danaher of Global Exchange, a leading figure involved in both the Seattle and Washington protests, told Socialist Worker: “We will be watching events in Prague. Most newspapers are going to have a Prague front page story. We want to make sure there is a second front page story about mass mobilisations here that will be raising the same anti-corporate issues. Steel workers are one of the many groups of trade unionists who are continuing to build an alliance with environmentalists. The steel workers’ union was very visible at Seattle, and that coalition has carried on. Trade unions in the US have long been locked into the Democratic Party but some are now talking about backing Ralph Nader for president. It’s very exciting.

The Democrats say that voting Nader will only help the Republicans. But we’ve been hearing that argument for 40 or 50 years now and we’re getting tired of it! Lots of us are saying screw it. We’re not getting anything out of the Democrats anyway, while Nader has got a good anti-corporate position. The Nader campaign is gaining strength and raising money. It is really dynamising the movement again. People are realising that the problem is corporate power.”

From Cyprus to Prague

A PRAGUE 2000 committee is now set up in the Republic of Cyprus to coordinate the activities of Greek Cypriot organisations. The committee plans to send a contingent to Prague and to organise a protest in the capital, Nicosia, on S26.

At the first meeting there were representatives from the teachers’ union, the artists’ union, the environmental movement, the anti-nationalist movement and socialists. The committee hopes to link its activities with Turkish Cypriot organisations in the north of the island.

THESE ARE just some of the events taking place in Britain to build for S26:

Unity in campaign for benefit justice 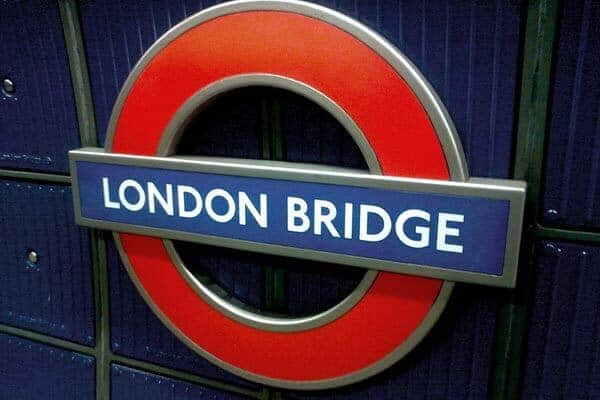