People protested around the country today, Saturday, against the bedroom tax and other benefit cuts. Events were organised in some of the hardest hit areas and on the doorsteps of the millionaire ministers behind the attacks.

More than 400 people marched through Tottenham, north London, one of the pilot areas where benefits are to be capped starting from Monday.

“David Cameron is living in a fantasy land when he says we have too much money—he wants to try living in Tottenham instead,” local grandmother Marie told Socialist Worker. Marie works part time, and spends the rest of the time looking after her granddaughter so that her daughter is able to go to college.

“Now I’m expected to find an extra £30 a week,” she said, “or else move somewhere else and have the dog put down and get rid of the furniture. A lot of people are in a really bad situation here. Some people hit the drink or get depressed. We have to all stand together and get rid of David Cameron.”

Social worker Juliet faces a double dose of bad news, as the benefit changes come alongside a massive cut to her wages. “I came to England 28 years ago and I’ve never seen it this bad,” she said. “People say Margaret Thatcher was bad, but I think David Cameron is even worse. He’s taking food out of children’s mouths.”

The protest marched down Tottenham High Road was led by mothers chanting, “When kids go hungry, we get angry”. The loudest section was the youth wing of Turkish socialist organisation Day-Mer. “We’ve got to stand up for our rights,” student Gulizar told Socialist Worker. “When my brother moves out, they’re going to make us pay for his room. My friends have the same problem—the bedroom tax will have a big effect all the poor and working class people here.”

A few miles away in central London, around 300 people met at King’s Cross station to take the “UK Uncut removals service” to the home of millionaire benefits minister Lord Freud.

“We all took the tube together, and went down to his house chanting and cheering,” said protester Riya Al Sanah. “You could tell it was a really posh area. And when we got there we read out postcards to show the minister how out of touch he is and what people really think of him.”

Freud’s London pad may be plush, but he also keeps a spare mansion in Kent.

Around 30 protesters from Disabled People Against Cuts went to protest on the door of Iain Duncan Smith’s mansion in Buckinghamshire.

“It was brilliant,” Ellen Clifford told Socialist Worker. “We were amazed by the sheer size of the house and its grounds. Some people got out from the rear wings and drove off in expensive cars, but the minister was nowhere to be seen.

“We served him an eviction notice, and made speeches about the devastation these millionaires are causing”.

Elsewhere over 80 people turned out to a Norwich Against the Bedroom Tax protest, and agreed to call a meeting in the town’s Mile Cross estate.

Marchers in Tottenham were clear that things were just beginning. For many the next step will be a local Benefits Justice Campaign meeting on Monday of next week.

“We’ve got to be angry, but we’ve got to get organised,” Jenny Sutton from the UCU union told the rally. “We’ve got to have meetings on every estate to stay we’ll stand together with those who can’t pay the bedroom tax.”

The march had been called by local priest, the reverend Paul Nicolson. He told Socialist Worker, “The cuts will mean people can’t even pay for the food and the heating, the debts will rack up and there will be more and more of these demonstrations.” 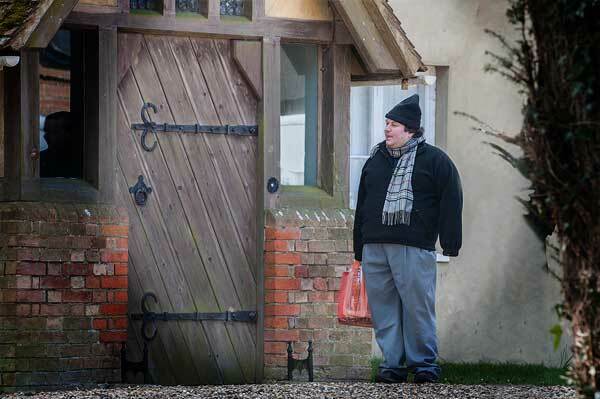