A history of hypocrisy

This article is over 17 years, 5 months old
Apologists for the occupation of Iraq pose as friends of the Kurdish people. But the left should not fall for their lies, argues Sait Akgul
Downloading PDF. Please wait...
Saturday 11 December 2004

THE KURDS are the largest single people in the world without a homeland. Throughout history they have been deeply affected by imperialism and war. And today they remain victims of imperialist invasions and divisions.

The 40 million Kurds are mainly spread between four states in the Middle East—Turkey, Iraq, Iran and Syria. The Middle East was carved up between rival imperialist powers after the First World War, creating these states along lines largely drawn up by British and French imperialism.

Oppression of the Kurds, and their resistance to it, started during this colonial period. In the early 1920s Winston Churchill ordered the RAF to use poison gas against Kurdish rebels in the north of the British colony of Iraq.

Now, hypocritically, the US and Britain point to the experience of Kurds in Iraq to try to justify war and occupation. Yet they remain silent on the suffering faced by the largest group of Kurds—those who live within the borders of Turkey, a NATO member and key Western ally.

Between 1919 and 1923 Kurds actively participated in the struggles against foreign powers that led to the establishment of the republic of Turkey.

But the new Turkish republic did not recognise that contribution, nor did it grant Kurds equal status. The ideology of that state—that the only identity for its citizens was Turkish—laid the seeds for future animosity.

There were various Kurdish uprisings in Turkey between 1923 and 1938. All were crushed by this so called democratic and “Westernised” state. The years after the Second World War also saw attempts to raise the issue of Kurdish rights. People were jailed simply for writing in the Kurdish language.

The repression of the Kurdish movement was accompanied by state violence against Communists. The fate of Kurds and of socialists coincided—both were seen as a threat to the wider interests of imperialism in the region.

Turkey’s continuing oppression of its Kurdish population led to the establishment of the PKK in 1984. Its political and guerrilla campaign managed to bring international attention to the Kurdish question.

But it came with the heavy price of a murderous reaction by the Turkish state. Over the past 15 years there have been 40,000 deaths, 4,000 villages destroyed and four million people driven out of their homes as refugees.

The US and British warmongers who claim to stand up for the Kurds of northern Iraq refuse to talk about this state-directed mass murder and violence. Indeed, the US, Britain and its allies have placed the PKK on their list of banned terrorist organisations.

In 1993 the PKK offered a ceasefire. But the offer was ignored, and ignored again in 1998. The following year PKK leader Abdullah Ocalan was kidnapped, captured and handed over to Turkey, with the connivance of Britain and the US. Since then he has been incarcerated in a one-man prison on an island in Turkey.

There remains a virtual silence in Western capitals over the imprisonment of thousands of Kurdish activists. Instead they look to Turkey joining the European Union with its apparatus of repression still in place, wrapped up in a few token concessions to Kurdish rights.

Yet these same Western governments claim Bush and Blair’s occupation of Iraq is at least partly about liberating the Kurds there. This shows how imperialist powers are not only responsible for the suffering of the Kurds, but are on occasion prepared to use that suffering for their own ends.

In the 1970s the Shah of Iran and Israel used the Kurds of Iraq to try to undermine the Ba’athist regime there. Then they came to a deal with Saddam—and dropped the Kurdish question overnight.

In the 1980s Saddam Hussein became an ally of the West. The US and Britain turned a blind eye to his appalling treatment of Iraqi Kurds during that time.

In the 1990s the Western powers and Turkey cooperated with pro-US Kurdish factions in northern Iraq to try to destroy the PKK. Now they are turning to those factions for support for the occupation, even as they deny the aspirations of the Kurdish people as a whole.

The left in this country must not allow warmongers to hide behind the Kurdish question. We should be raising the issues of the repression of Kurdish organisations here, in Turkey and elsewhere. We should point to the hypocrisy of our government, which is deporting Kurds to Iraq and Syria.

Sait Akgul is a longstanding Kurdish activist and a member of the Respect coalition’s national council. 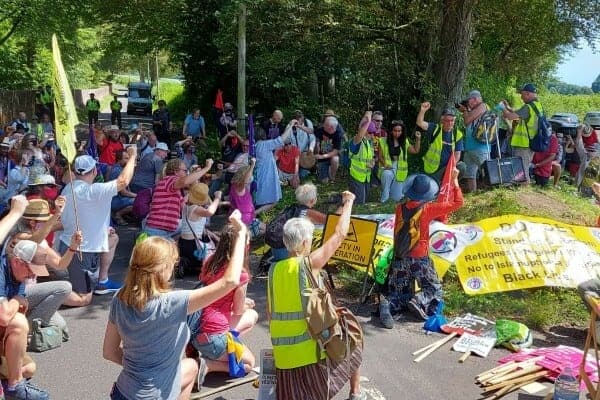 Battle is on for the future of Unite